The Hummus & Pita Co. Signs Multi-Unit Franchise Deal to Expand Across the Midwest 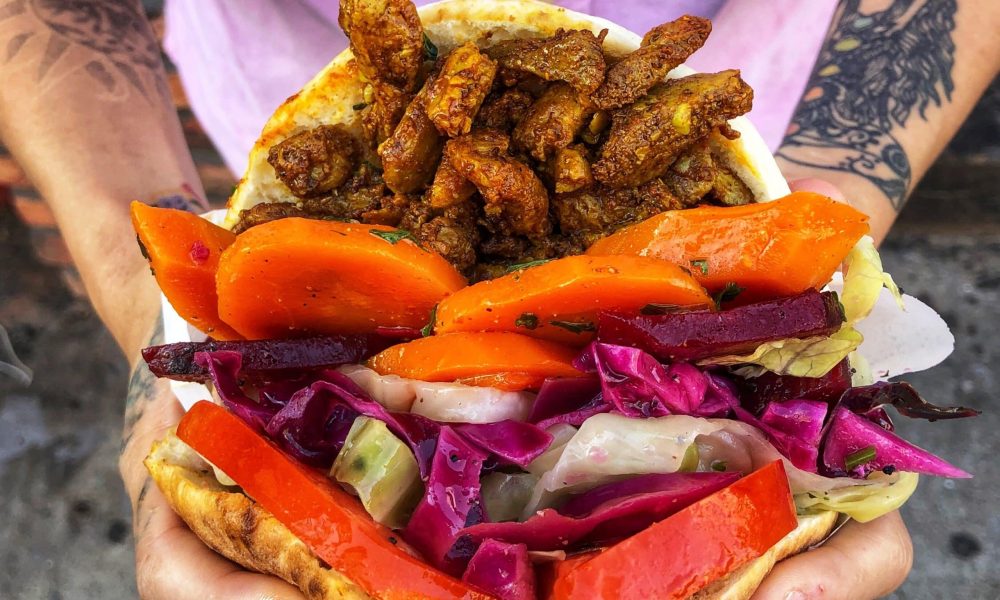 The fast-growing, authentic Mediterranean concept is coming to Columbus, Ohio in 2020, with plans to expand throughout the region

November 27, 2019 // Franchising.com // COLUMBUS, OHIO – The Hummus & Pita Co., one of the country’s fastest growing Mediterranean fast casual concepts, today announced a multi-unit franchise deal in Columbus, Ohio, to continue its rapid expansion across the Midwest. The concept will open doors at its first franchise location in the area in 2020, with additional units to come soon after.

“We were looking to diversify our growing restaurant portfolio and saw the Mediterranean segment as the next big thing in the Midwest,” said the Columbus franchisee. “The Hummus & Pita Co. has a soul unlike any other concept we’ve encountered and recognizes the importance of fresh, made-from-scratch menu items. By offering unique flavors and modern twists on traditional Mediterranean favorites, The Hummus & Pita Co. is leading the health food revolution and is exactly what Columbus foodies are looking for.”

With a menu rooted in family recipes, The Hummus & Pita Co. sets itself apart from the ever-growing Mediterranean fast casual market by constantly introducing new and innovative dishes, such as the recently unveiled vegan shawarma. This cutting edge and forward-thinking approach to meet the changing food landscape has fueled other menu updates, including a hummus-based shake called The Chickpea Chiller and a delicious Chickpea Shmear that appeals to a wide range of dietary needs.

To grow the brand in major markets nationwide, The Hummus & Pita Co. is partnered with Fransmart, the industry leading franchise development company behind the explosive growth of brands like Five Guys Burgers and Fries, The Halal Guys, and QDOBA Mexican Grill, as its exclusive franchise development partner.

“Because the demand for Mediterranean cuisine and healthy food alternatives continues to rise, The Hummus & Pita Co. has unlimited growth potential,” said Dan Rowe, CEO of Fransmart. “We are thrilled to partner with an experienced multi-unit operator to bring the concept’s variety of authentically flavorful, healthy and innovative options to diners in Columbus and beyond.”

About The Hummus & Pita Co.
The Hummus & Pita Co. is a New York City-based concept that brings healthy, homemade Mediterranean cuisine to the masses in a comfortable and inviting environment. All menu items are made-from-scratch on the premises, using only the freshest ingredients available to ensure high-quality flavor-focused eats at every visit. The concept has been named one of “13 New York Fast Casuals to Watch” and “11 Restaurant Franchises on the Cusp of Greatness” by QSR Magazine, and their signature Dessert Hummus was dubbed one of “America’s Most Innovative Menu Items” by QSR in 2017. The Hummus & Pita Co. currently operates six locations throughout New York City, Connecticut, New Jersey and Michigan, with additional units in development in Atlanta, Los Angeles and Montgomery, Alabama. For more information, visit www.hummusandpitas.com.