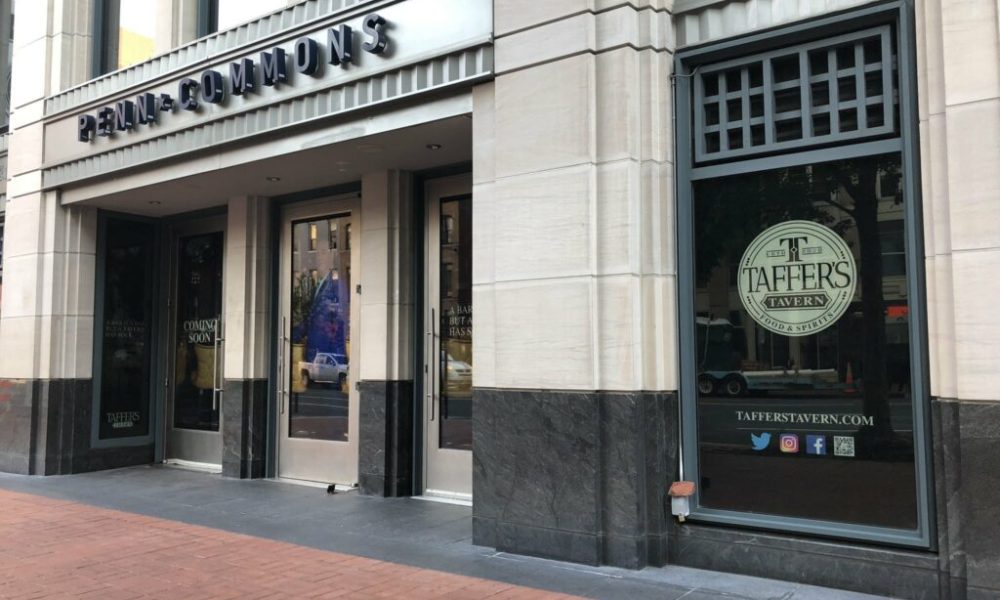 Jon Taffer of “Bar Rescue” is bringing “elevated tavern food” to the Capital One Arena area with Taffer’s Tavern.

WASHINGTON, DC — “Bar Rescue” star Jon Taffer is teaming up with restaurant powerhouse Leonard Hellebuyck to launch the soon-to-open Taffer’s Tavern next to the Capital One Arena in Washington, D.C.

Hellebuyck will serve as the new eatery’s general manager, bringing his 25 years of restaurant experience to the venture.

“Leonard’s experience in customer relations, operations and his knowledge of the ever-changing consumer marketplace makes him the ideal, results-driven candidate to introduce Taffer’s Tavern’s dynamic restaurant concept to the D.C. restaurant scene,” said Taffer, in a release. “As Taffer’s Tavern continues significant momentum, with plans to expand from two to seven locations across the country this year, I know Leonard will help establish a strong foundation for long-term growth in our nation’s capital.”

Patch asked Taffer the following questions about what District diners can expect with his new D.C. venture:

What differentiates Taffer’s Tavern from other restaurants on the D.C. dining scene?

When I built the Taffer’s Tavern brand, I wanted to create something that wasn’t just another bar or restaurant, but something with character. Hence our tagline “A bar is a bar, but a tavern has soul.” As part of that character, I know I have to live up to what people expect from a Taffer brand. That’s why while I was creating elevated tavern foods, handcrafted cocktails and excellent customer service, I had safety top of mind. Even before the pandemic. For both employees and our guests. Restaurants are already held to stringent health and safety standards. We took it further. At Taffer’s Tavern, we have CO2 blasters that sanitize any glass right before making a drink. In the kitchen, we’ve removed any possible cross-contamination through raw proteins. Now more than ever, safety is a top priority.

We’re excited to be bringing our innovative, elevated casual dining concept to our nation’s capital.

What attracted you to the Capital One location?

Capital One Arena is an iconic venue widely recognized across our nation’s sports and entertainment industries. The 20,000-seat arena is home to the NBA’s Washington Wizards and the NHL’s Washington Capitals and has hosted some of the world’s most famous musical artists. Capital One Arena has been deeply rooted in DC’s culture since 1997, and I feel that Taffer’s Tavern is the perfect concept to add value to the thriving, historic community surrounding the arena.

What other plans do you have for the Taffer’s Tavern concept?

The word of the year for our brand is growth. This year, Taffer’s Tavern has embarked on a rapid growth campaign that will expand the concept three-fold and then some. Right around our D.C. opening this summer, we’ll be bringing another new location to the Boston metro area in Watertown. We have some other exciting expansion plans to share soon. To date, we’ve signed multi-unit franchise deals in D.C., Georgia, Massachusetts, Florida and Las Vegas with more being added.

What was your most memorable experience on “Bar Rescue”?

You know, I get asked that question a lot and it’s so hard to pinpoint just one moment or one episode. I can tell you that after over 200 episodes of “Bar Rescue,” my favorite part of any rescue is that hug I get from the owner at the end. You know, many times I’m not just rescuing a bar or restaurant, I’m rescuing a person. It means more to me to have made a positive impact on someone’s life than you can imagine.

Taffer’s Tavern is currently hiring for all positions at its new D.C. restaurant, as well as at its other locations in Boston and beyond.