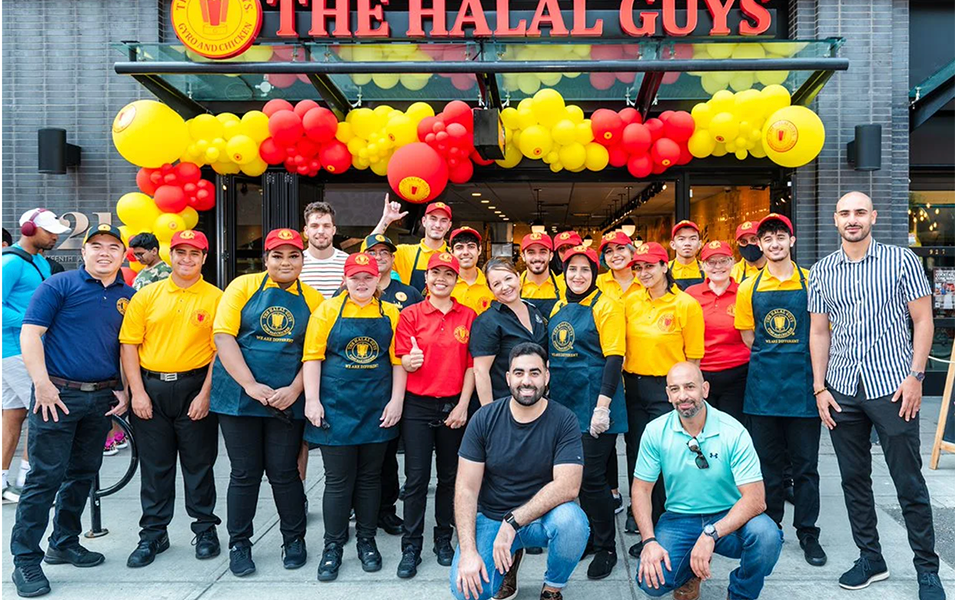 Dan Rowe, CEO of Fransmart, which is based in the US and does the franchising for the brand worldwide, said The Halal Guys have one location in Calgary, two in Toronto metro, one coming in Vancouver and it’s about to sell the franchise rights for Edmonton and another group is about to sign up for five units in suburban Toronto.

“We’re going to go after the five or six biggest metro markets – Toronto, Montreal, Vancouver, Calgary, Ottawa and Edmonton – and then we’re going to see. We’re not sure but probably 40 or 50 total locations across Canada,” said Rowe.

“The food is lightning quick. The food is very, very fast. It’s fresh. The highest quality ingredients with Halal food. There’s a really good price value relationship. The uniqueness is this all started on carts in New York City. There’s a lot of copycats but there’s no one doing it exactly the same way we are.”

Rowe said there are 97 locations worldwide with immense potential for growth.

“Our primary target is the 50 biggest markets in North America. We’re already in southeast Asia. We want to keep growing there. We’re in London, England already and we want to continue growing the bulk of England and you’ll hear about us going into Germany and France later this year. That’s the focus. We want to be the largest Halal restaurant chain in the world – going after all the biggest markets in the world,” he said.

“What started as a single food cart on a busy Manhattan Street in 1990 has grown into a worldwide sensation, operating across the U.S., Canada, Indonesia, South Korea, and the United Kingdom. We are thrilled about opening our first location in Calgary, the second Canadian province we’re opening in after our Ontario locations in Toronto + Mississauga, and hope to continue expanding within this region, “ said Andrew Eck, Vice President of Marketing for The Halal Guys.

“Since the opening of our first franchise location in 2015, the brand has evolved to keep up with consumer and industry demands – from spearheading ghost kitchens, to adapting our restaurant design with customer health and safety in mind. The Halal Guys is committed to upholding our founders’ legacy, always providing quality service – and of course white sauce. We’re excited to watch this growth continue in Calgary and beyond, and support franchisee Youssef El Sweify in sharing his love for The Halal Guys with his community.”

Calgary franchise owner Youssef El Sweify said the first location in Calgary is on a busy street for both vehicle and pedestrian traffic.

“You get thousands of people a week who go through this street,” he said. “I think this is a very centralized location for our first flagship store. Just easily accessible to anyone who is either downtown or throughout the community. Everyone just comes to this area to hang out.”

The concept became a well-known New York City brand largely via word-of-mouth thanks to Muslim cab drivers in the 90’s who appreciated delicious, fresh and well-priced American Halal Food.

“The Halal Guys is a unique concept, and there is nothing like it in Canada. The demand for The Halal Guys is very strong here, and we are extremely excited to be opening in the greater Calgary area,” said El Sweify.

Called “one of the longest-running and best-known food-cart businesses in New York City” by the New York Times, The Halal Guys was named Buzzfeed’s #1 Most Popular Food Truck for 2013, and was featured on Bloomberg Television and Fox News.