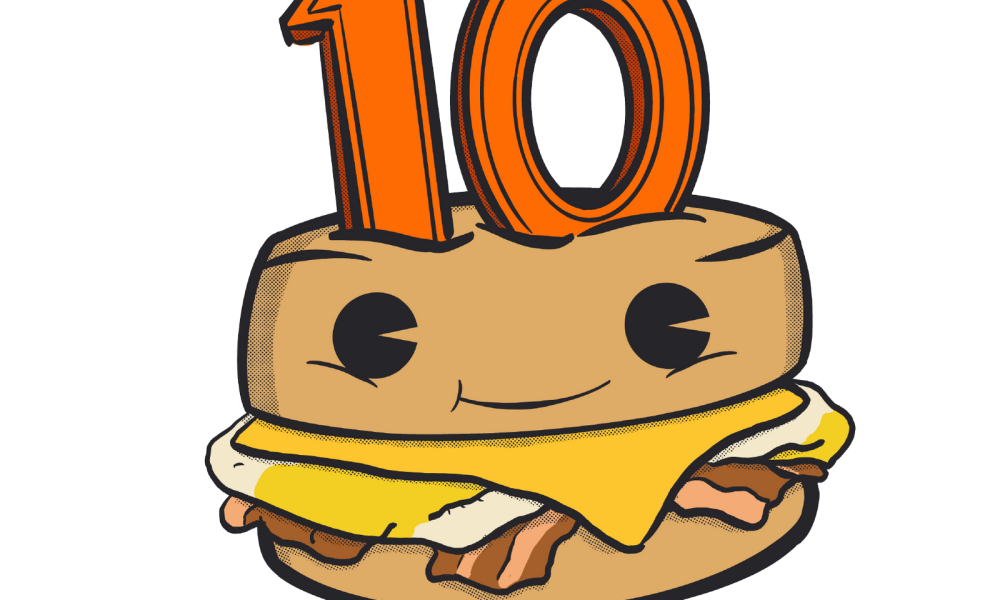 Pushing boundaries in flavor and innovation for the last decade, Rise Southern Biscuits & Righteous Chicken is celebrating its 10th anniversary this November. While the award-winning fast casual restaurant franchise has seen expansive growth since its inception, its recent anniversary comes on the heels of several significant milestones including the opening of its first California location in August, and the signing of a 20-unit franchise deal for Dallas, TX earlier this month.

Through its commitment to crave-worthy food using ingredients of unparalleled quality over the last decade, Rise serves up unique chicken sandwiches, biscuit, and donut offerings. Rise’s innovative concept and expansive growth earned the brand recognition as one of the “Best Biscuits in the U.S.” by Food & Wine Magazine.

“Rise’s innovative concept, core values and franchise success are just a few key factors that have kept our brand thriving for the last ten years,” says Brian Wiles, Co-Founder and Chief Operating Officer for Rise. “Rise’s journey began a decade ago with a simple vision to serve great food made with premium quality ingredients by people who care. Those pillars remain important to the brand and our dedicated franchisees who are committed to our customers, our team members, and the communities we serve.”

Rise’s late founder Tom Ferguson and partner Brian Wiles opened the first Rise location in Durham, North Carolina in 2012. Following the success of its flagship location, Rise partnered with leading franchise development firm, Fransmart to offer franchise opportunities across the US in 2014, with the brand’s first franchise location opening just one year later in Morrisville, NC in 2015.

Rise founders credit the brand’s early success and national recognition to Rise’s National Biscuit & Donut Tour of Summer 2012, prior to the opening of its first location. The Summer Tour was followed by series of sold-out pop-up events around the country in Fall 2012 – which propelled the brand to national recognition as a key player in the biscuit space.

Today, Rise has 17 restaurant locations in seven states and more than 100 units in development in major markets from coast to coast. The fast casual chain continues to attract seasoned and talented new franchisees to help fuel the brand’s national expansion.

Besides brick-and-mortar expansion, Rise has also made technology a key focus area to support its growth, making ordering, payment and pick-up fast and convenient. In 2021 Rise became the first brand to go 100% kiosk/ online ordering and one of the first to use temperature- controlled lockers to speed up operations and drive higher volume.

While late founder Tom Ferguson is credited with ushering in a culture that embraces both high tech and high touch, the brand continues to be on the forefront of technology, launching its small footprint digital restaurant and robust mobile app and Rise Rewards loyalty program in 2022, while continuing to promote a people-first corporate culture.

“Tom left quite a legacy for us to continue to build upon,” says Wiles. “As we celebrate the growth and success of our first 10 years, we remain focused on our evolution and will double down on the investments that will continue to fuel our growth, innovation and culture for decades to come.”

Rise will celebrate its 10-year anniversary with month of consumer promotions at each of its locations throughout the month of November. In addition to the chance to Win Free Rise for a Year, 10% Off All Catering Orders, Rise Rewards Offers & Contests, Rise will also host a brand-wide fundraising day on Saturday, November 12, and will donate 10% of restaurant sales to the National Alliance on Mental Illness (NAMI).

As Rise looks to the next decade, it continues to seek new franchisees to help fuel its national expansion.