Rise Founder on Cracking the Code 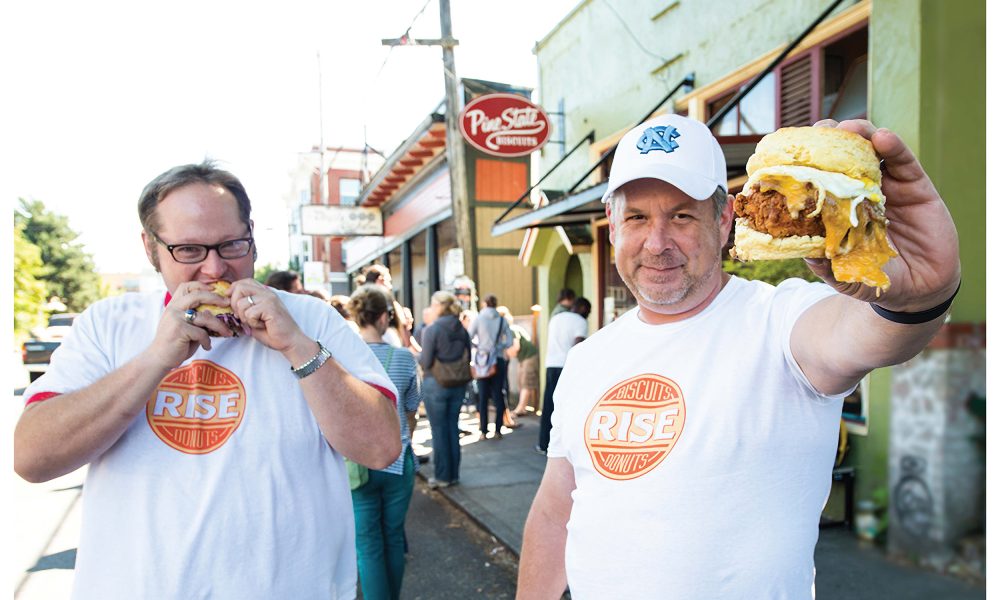 At a time when restaurants across the country are trying to cook up the recipe to combat an incredible post-pandemic labor shortage, fast casual concept Rise has found the secret sauce.

While the industry struggles with a worker base down one million people compared to pre COVID numbers, Rise has had no issues finding and retaining employees. In fact, according to CEO Tom Ferguson, people stay with the southern chicken and biscuit chain, an average of 2.5 to three years.

With an average employee turnover rate of 73 percent in restaurants, 1.5 times higher than other fields, what Rise has accomplished would be remarkable even during a normal labor market.

Unlike a chef guarding a proprietary recipe, Ferguson is happy to share the secret to his success.

“It’s all about culture,” he said. “A few years ago when I had a nervous breakdown the people on my team showed me so much love and support that I vowed to rebuild Rise based on a culture that put people first.”

In 2015 Ferguson began making good on that vow, implementing a culture that embraces a high tech and high touch approach.

“Incorporating new technology together with culture is the key,” he said. “To be successful today you must focus on both and balance both.”

While on the surface it seems counterintuitive that technology and automation that could, and did, eliminate some positions would foster employee loyalty, it has done just that at Rise.

“Technology has to make your culture better in order to work,” said Ferguson. “You have to have employee buy-in, and in order to get that the tech has to be an asset to them, it has to make their job better.” 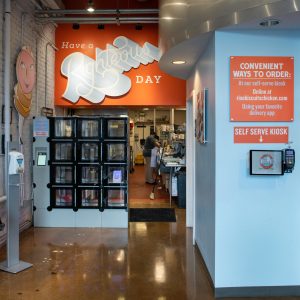 Case in point, when Rise automated the cashier function and eliminated two formerly key positions, the company was able to increase sales and profits, while lowering labor costs even with increasing employee pay. It was a win-win-win.

When it comes to technology, Ferguson is a visionary and early adaptor.

When the pandemic struck, Rise was uniquely poised to handle the business changing from 20 to 80 percent delivery orders.

When Ferguson saw that a rush of delivery drivers arriving at stores bogged down flow as employees had to find each order, he invested in hot food lockers that allowed drivers, or customers with pick-up orders, to find and retrieve their food without employee assistance. Efficiency was improved and labor costs were again cut. 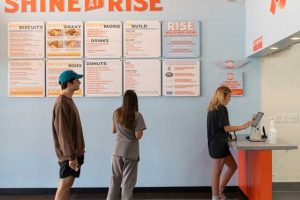 With online orders skyrocketing, and the desire to reduce contact during COVID, Ferguson and his team made the decision to get rid of cashiers and implemented a cashless kiosk ordering system. The move again lowered labor costs, but also interestingly facilitated an increase in sales. The anonymity when ordering appeared to encourage people to add on ingredients like bacon and eggs, or indulgent sides like cheese grits or seasoned Rise fries.

Thanks to technology and employees that operate like a well-oiled machine, the busiest shifts at Rise still require seven employees or less. In total, Rise was able to reduce labor costs by over ten percent.

Because Rise is also a high touch culture, Ferguson didn’t simply pocket the additional profit, he let the employees share in it. Everyone got a $1/hour raise. Rise employees make over $15/hour with a combined $11 base and tips. During the pandemic corporate store employees also received a hardship bonus.

While the tech innovations have made an employee’s jobs easier and positively impacted the bottom line, that is just one-half of the equation that has allowed Rise to thrive during a time when many other restaurants are struggling so much that reduced hours, long lines and reduced service are becoming the norm. As the high tech innovations were added to stores, Ferguson never lost sight of the need for equally impactful high touch elements.

“We all need to do something that brings us joy, yet 65 percent of people find no joy in their work,” he said. “That is because too many businesses lose their focus on their employees.”

Ferguson is a realist who knows that for many of his employees Rise is a temporary job, not lifelong career.

“A lot of our employees are students and this is a springboard to something else for them,” he said. “Rise wants to facilitate that and help them go after their career dreams.”

After the last two years, lots of employees are dealing with increased life stressors. This can often translate to no shows, or being late to work. Instead of taking a hard hand with employees, Ferguson and his managers prefer to take a gentler approach.

“We look at those problems as symptoms of something,” he said. “I want to find out what’s going on in someone’s life that is causing that negative behavior. I’ve found that if I’m open and vulnerable and share my life experience with someone, it gives them a safe space that encourages them to open up allow us to help them.”

The help might come as just a friendly shoulder to lean on, or in some cases, Ferguson has referred people to his own personal coach.

Ferguson is big on personal growth and self-care after his own mental health struggles. Rise recently added a new perk of a gym membership for all employees so they can also prioritize their own wellness.

From the moment they’re hired, people know that culture matters at Rise. New employees are given a cultural manifesto that goes into details about Rise’s motto of love and respect for everyone. Ferguson is also about to launch a cultural survey to get more input from employees into what they like, what they don’t and what new innovations or benefits they would like to see implemented at Rise.

Ferguson regularly meets with his management team and franchisees via virtual visits to ensure that the Rise culture is consistent across the brand. At least once a year he visits the three corporate stores and 13 franchise locations to sit down with managers and employees to get to know the Rise family on a more personal level.

“It all comes down to just being human,” he said. “It’s really that simple.”

In rebuilding Rise’s culture to concurrently focus on technology and people, Ferguson has built a restaurant brand that is more attractive to franchisees than ever before.

The cost of opening a location dropped from $500K to $350K, while chain labor costs went from 30 percent of sales to 20 percent. Sales are up 25 percent and profits increased over 100 percent.

“Our first store did so well, we went ahead and bought the entire state,” said Fred Fordin, Tennessee franchisee.

With its culture and systems fully dialed in, Rise has a goal to open 500 stores over the next five years.

Franchisees receive robust support from Ferguson and his two partners. The team assists franchisees from start to finish, including site selection, store build-out and construction, training and operational support, vendor and equipment selection, marketing, and more.

While the numbers make a Rise franchise very attractive, its focus on people and work/life balance for owners is also a big draw. With locations open 7 a.m. to 2 p.m., franchisees can build a profitable, human-centric business and still have time to get home for a child’s soccer game or date night with their spouse.

“Rise is focused on creating a culture built on accountability and responsibility, wrapped in love and respect for everyone,” said Ferguson. “When those things work in harmony, it creates the type of environment people like to work in and a business a franchisee can be proud to own.”

Interested in what it takes to become a Rise franchisee? Get started today.