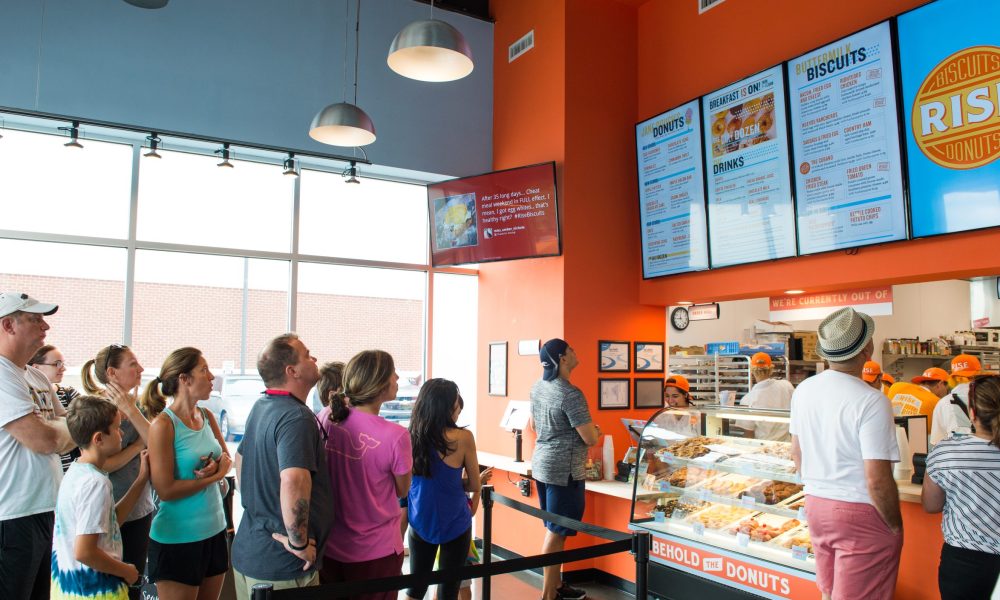 Rise Southern Biscuits & Righteous Chicken, the nation’s fastest-growing biscuits and fried chicken concept, is slated for record expansion following another year of franchisee success. With corporate stores in development, new franchisee locations and strong interest from new prospects the brand will more than double its nationwide footprint this year.

Recently named to Fast Casual’s 2022 Top 100 Movers & Shakers list, Rise continues its nationwide expansion with plans for more corporate and more franchise locations throughout the country. New store openings are planned for California and Florida, while additional lease agreements are on the horizon for several existing franchisees across midwestern, northeastern and southeastern markets.

It’s no surprise that Rise Southern Biscuits & Righteous Chicken has risen far ahead of its competitors. You just need to look at the numbers. According to the latest franchise disclosure documents (FDD) based on data collected from Rise’s franchised locations, the average franchisee gross revenue totaled $801,477* in 2021. At the company’s corporate locations, the average labor cost percentage amounted to less than 19% of sales. Additionally, each of the three stores kept food costs below 30% of sales.

“Each year, I find myself more and more impressed by Rise’s FDD statistics,” said Dan Rowe, CEO of Fransmart. “It’s remarkable to see how the brand’s commitment to its people and constant desire to innovate are reflected in the bottom line. It should come as no surprise that Rise is growing exponentially.”

While Rise has drool worthy numbers, its equally committed to its people and its culture. The brand offers a collaborative, supportive work environment and employees strong work/life balance with its breakfast/lunch model.

“People have always been at the core of our vision, which is why we’re continuously looking for new ways to make Rise a destination for employees and franchisees,” said Ken Priest, Chief Financial Officer of Rise. “Our brand’s year-over-year success and increasing expansion efforts serve as a testament to our people and our principles.”

With territories selling fast, prospective franchisees should act now in order to be a part of Rise’s nationwide expansion and award-winning franchise family.

The numbers illustrate the total Gross Revenue generated by the Franchisee-Owned Restaurants during the Applicable Measurement Period (Jan. 2021 to Dec. 2021), as stated in Item 19 of the Rise Disclosure Document dated April 20, 2022. “Gross Revenues” means all revenues the Restaurant generates from all business conducted at or from its location including amounts received from the sale and delivery of food items, services, products, merchandise, and tangible property of any nature whatsoever, including proceeds from business interruption insurance, whether in cash or for credit, and whether collected or uncollected. Gross Revenues, however, does not include the amount of any applicable sales tax imposed by any federal, state, municipal or other governmental authority if such taxes are stated separately when the customer is charged and the Restaurant pays such amounts as and when due to the appropriate taxing authority. Also, excluded from Gross Revenues are: (i) the amounts of any documented refunds, chargebacks, credits and allowances given to customers in good faith pursuant to our standard procedures for issuing such refunds; and (ii) tip income and tip expense.