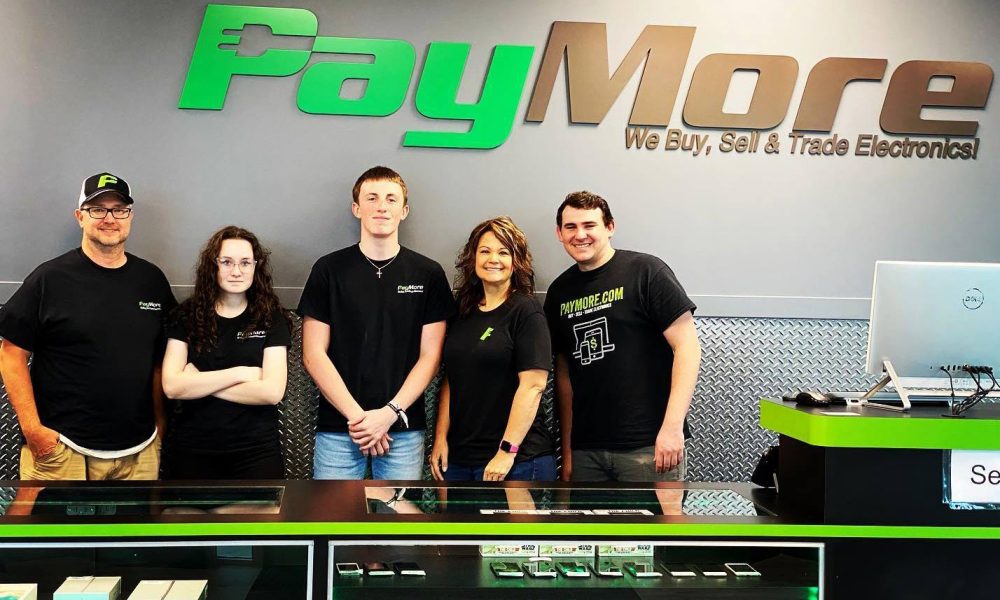 Unsure of what to do with that drawer full of old cell phones and that iPad from Christmases past?

The answer could be with a New York-based company specializing in the buy, sell and trade of electronics that recently opened its fourth nationwide store in Gastonia.

PayMore opened May 27 in the shopping center anchored by the Walgreens at the intersection of Cox Road and Franklin Boulevard. Saturday featured a grand opening with members of the Gaston Regional Chamber, as well as the PayMore president and CEO joining store owner Lisa Conger, her employees and family.

The Gastonia PayMore, which offers more than 1,200 square feet of retail space, numbers five employees, including Conger. After 27 years working in freight forwarding in the export/import business, this is the first business she’s owned.

“I’ve always been somebody who wanted to do my own thing,” said Conger, who grew up in Charlotte but has made Gastonia her home since 2011. She is a member of the 100+ Women Who Care in Gaston County, which supports different non-profit organizations each month with financial donations.

She did her research on PayMore and is excited to be on the ground floor as she’s one of the company’s first franchise owners.

“I knew it would be a good franchise to get involved in because technology is not going away,” Conger said.

Conger said her store offers a “safe and secure location where people can come and sell or trade” the old electronics they have in their home, as well as purchase refurbished items.

“People are excited because it’s like the new wave of pawn shops,” Conger said. “We’re paying top dollar and we’re paying cash on the spot. Other pawn shops are interested in gold and guns. They’ve kind of fizzled out on electronics because they can’t keep up with the technology that’s constantly changed.”

Erik Helgesen, president of the company, said there is a big emphasis on data privacy at PayMore as all devices are “wiped clean” once they’re brought into the store.

Helgesen said, via an online marketplace, they are able to offer the best prices with a cash payment on the spot.

He said he started the company with the idea of how to help people get rid of old electronics and keep them out of the landfills.

The Gastonia store is only the fourth store nationwide, following behind two in New York and another in Cary, which opened a year ago.

Stephen Preuss, CEO of PayMore, said they started offering franchises two years ago and expects the company to expand rapidly over the next 12 to 24 months, primarily on the East Coast.