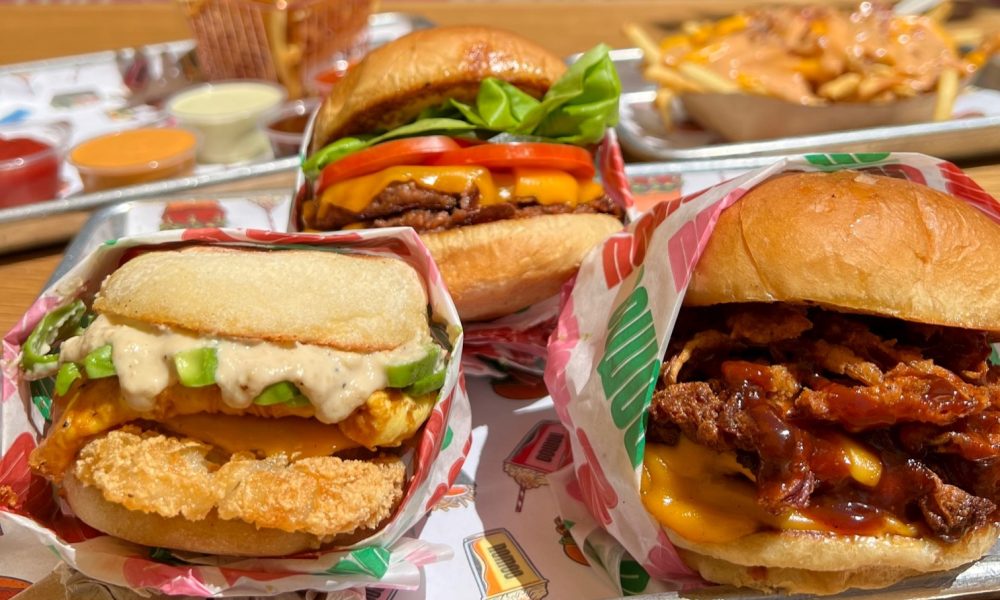 In the increasingly crowded niche that is plant-based fast food in Los Angeles comes Nomoo, a concept with plans for national domination.

Launched by founder George Montagu Brown in 2020 — literally the week before the pandemic dine-in shut down — Nomoo has taken over what was once the original location of Johnny Rockets on trendy Melrose Avenue. After a brief pandemic-related closure, the concept reopened in June 2020 and took off.

Like Johnny Rockets, the menu is focused on indulgent upscale burgers, shakes and fries, only Nomoo’s version is entirely plant-based, soy-free and non-GMO. And the concept has done well, despite growing competition.

Montagu Brown, who is originally from the United Kingdom, said he had been an entrepreneur working in tech and real estate before he opened a restaurant in Costa Rica. But he saw an opportunity in the growing world of plant-based dining — though he wanted to create a fast-food brand with a menu largely from scratch.

Nomoo currently uses Beyond Meat patties for its burgers, but the Chick’n, sauces, pickles, the oat milk shakes and even the BBQ Facon — an alternative to bacon — are made in house. Montagu Brown said they are also developing a proprietary burger patty that will launch in the next couple of months.

There are other unique touches. The menu includes “wings,” which are fried oyster mushrooms with dip. Fries can be ordered as a half-and-half with salad. CBD can be added to beverages.

In June, Nomoo promoted a limited-time-offer cheekily called the Plant-fil-A, and imitating a beloved chicken sandwich from another brand. Montagu Brown insists he didn’t get a cease-and-desist order from Chick-fil-A.