New automated restaurant near UConn will offer dumplings on demand 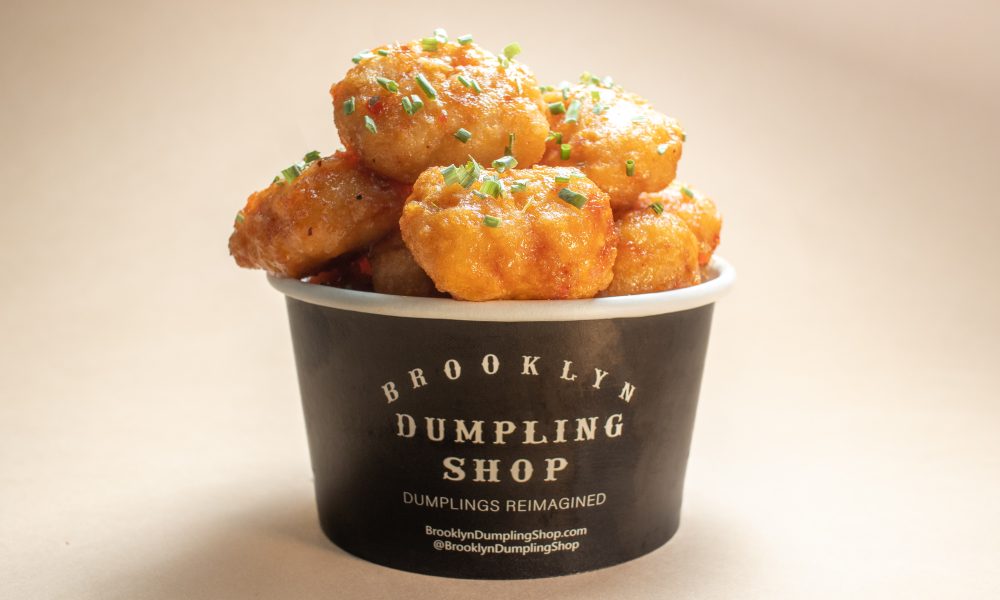 Brooklyn Dumpling Shop, a New York-based dumpling restaurant with automated service, is opening its first Connecticut location this month near the UConn campus.

The restaurant, at 106 Royce Circle in the Downtown Storrs development, opens Feb. 15. Brooklyn Dumpling Shop offers a fully automated experience. Guests can order ahead online, or on site at an electronic kiosk. When a guest’s order is ready, the customer will receive a text notification to pick it up from a marked, temperature-controlled locker, which opens automatically once the customer scans a provided barcode.

Franchisee Matt Rusconi has extensive experience with national franchises, having opened Connecticut locations of Moe’s Southwest Grill, Wingstop and MOOYAH Burger. He said he was immediately intrigued by the tech-savvy model, and wanted to bring it back to his native Connecticut. He plans to eventually open more dumpling shops around the state.

“I went down [to New York] as soon as I found out about it,” he said. “I loved the idea. I’ve been battling like everyone else, with COVID and employee shortages…now everything’s going online, the model’s changing. I saw this and thought this is exactly what we need, to get up to speed with the times.”

Dumplings are priced around $5.95 to $9.95 for a single order of four. The menu also offers soups, spring rolls and sides like Kung Pao spicy waffle fries and Asian cole slaw. Rusconi said the Storrs location will feature the majority of Brooklyn Dumpling Shop’s core menu.

“We’re going to stock as many [types of dumplings] as we can,” Rusconi said. “The number is constantly changing, because they’re constantly doing R&D in Manhattan.”

Rusconi said he thinks guests will enjoy the ease, speed and novelty of the automat-style ordering.

“The overall experience is something that’s fitting for the times; it’s fun, exciting,” he said. “For those that are technologically-savvy, they’re going to love it. And those that aren’t…we’ll be here to assist you, and you’ll love it just as much.”