What a difference a year makes: Trends born of the pandemic might endure 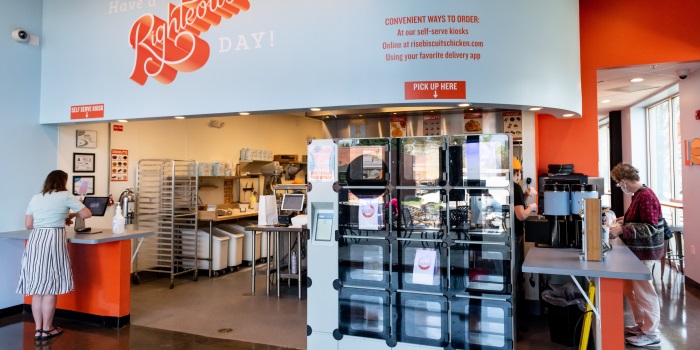 For more than a year, restaurants have faced huge challenges and changes due to COVID-19. Now, as customers gather in restaurants again and the industry slowly emerges from the crisis, experts are looking at trends developed during the pandemic that have staying power.

Axiotis says that because indoor dining had to close, his restaurants quickly pivoted to takeout and delivery only. It was easier for him because his company had already invested heavily in third-party delivery. Dealing with new technology required to run the platform, however, caused a few initial hiccups.

“Our investment in third-party delivery gave us a leg up, but it was still a big task to implement,” he says. “We had to streamline how we managed orders, adjust menus and prices to account for third-party service, adjust the POS system that ran the third-party platform, and, more often than not, re-enter orders into the system because we were dealing with lots of iPads at the time and integration wasn’t prevalent. But we had to grab as many opportunities as we could to generate revenue. That was critical.”

Axiotis says he believes off-premises dining is here to stay, adding that casual dining will account for at least a quarter to a third of that overall volume, when before it was less than 10%. This will be especially true for brands that embrace technology and adapt their physical space and training to support it, he adds.

“Some late adopters are still struggling to catch up, but if you’re behind at this point, you’re probably going to be behind for the foreseeable future,” he says. “I highly recommend you get moving on it quickly, because there’s a lot to take into consideration, from your physical layout to your dining rooms to whether you can handle ghost brands out of your kitchen and provide curbside pick-up service.”

Fransmart’s Rowe says things were brutal at the beginning of COVID-19 because no one knew how bad it was going to get or when it would end. But he knew two things: Across his system, the restaurant brands that would thrive were the ones that would make their customers feel safe, as well as confident in the processes, when ordering from them. The other was to figure out how to create more revenue with fewer in-store customers and use the restaurant space to better advantage.

“I think we almost over-communicated our safe dining message; we found it was more important than any other message we could send,” he says. “At the same time, we also had to think about how best to use the excess capacity in our stores. It was a ‘bricks and clicks’ kind of mindset, looking at the restaurants and thinking if we’re paying rent on this thing 24 hours a day, how could we use those 24 hours?”

Rowe says it was essential to grow volume with fewer resources (space and staff), to drive more sales all day.

“Brands like Chipotle and Sweetgreen started drive-thru lanes, and one of our brands, Rise Southern Biscuits & Righteous Chicken, developed an app and installed kiosks and heated food lockers at its restaurants,” he says. “People placed their orders on their phones and came in 5 to 7 minutes later to pick up the food. They got their orders in seconds and gave us credit for better service. Rise reinvented itself during COVID-19 and increased its volume 20%.”

Turner says that after COVID-19, the biggest challenge for fullservice restaurants will be providing the right value to customers. One thing she plans to do is keep her electronic menus and QR codes in place. She and her POS provider created an operation allowing guests to place orders interactively so they don’t have to wait for the server when he or she is busy at another table.

“Our guests now know how much it costs to eat at home, how they can buy their own bottle of wine, and where they can go to get a good meal from a food truck,” she says. “Our competition has changed forever and being able to adapt and differentiate ourselves will be the thing that gets us to the other side.”