Seven Reasons to Invest in a Seafood Franchise 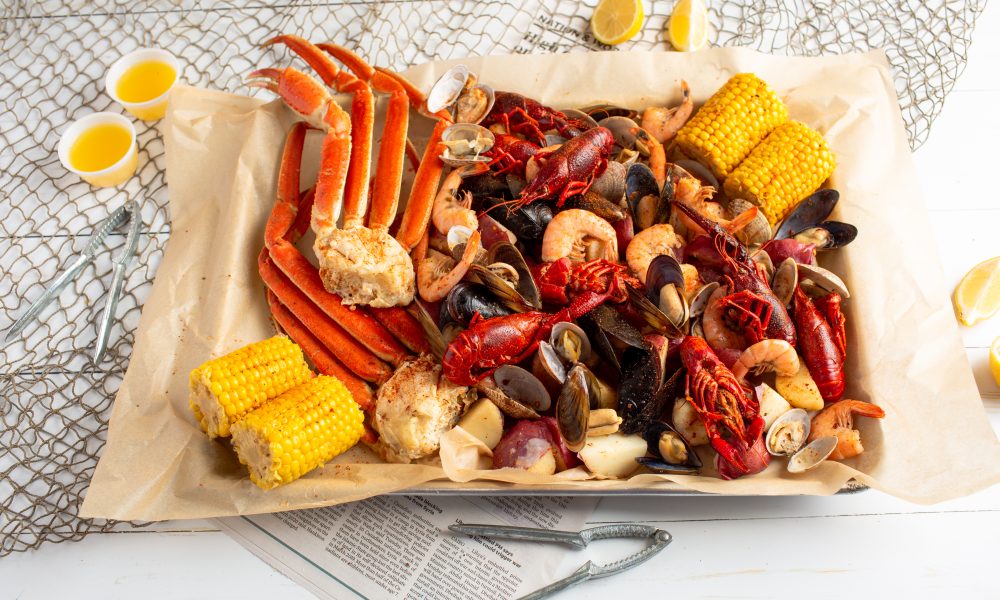 With more Americans trying to eat healthy, and the perception that seafood is a healthier alternative to meat, now is the time for prospective franchisees to reel in an opportunity with some of the industry’s top emerging seafood franchises like Savannah Seafood Shack.

The seafood industry is valued at $3.1 billion in 2022, with a projected growth rate of 3.5% this year. While people are wanting to eat more seafood, there is a perception that it’s hard to cook at home. Often seafood restaurants are fine dining establishments, so there is an opportunity for fast casual restaurants like Savannah Seafood Shack that offer quality seafood at a more budget friendly price.

Seven Reasons to invest in a Seafood Franchise

Growing demand: There are more seafood lovers than ever before, thanks to the changing dietary habits of Americans, who are eating more fish and other seafood.

Menu prices: Seafood restaurants tend to have a slightly higher price point than most fast casual concepts, which provides the opportunity for higher profits.

Low employee turnover: Many seafood chains like Slapfish and Savannah Seafood Shack have a strong brand identity and culture, which can be appealing to job applicants.

Healthy image: According to the National Restaurant Association’s State of the Industry report, people are focused on eating for wellness. Seafood is considered part of a healthy diet.

Loyal customers: Hook customers with great tasting and affordable seafood and you’ll have a loyal customer for life.

Limited competition: Seafood restaurants have less competition than burger joints so there is more flexibility in pricing.

Every large chain started with just one outlet. The earlier you get into a successful seafood franchise, the more upside. The only reason to franchise is to get wealthy, and the best way to do that is with an emerging franchise brand.  If you buy an established brand, like Red Lobster, the multiples are so high it generally takes six to 10 years to get your money back and even longer when you consider ongoing, mandatory refurbishments. On the flip side, emerging brands return an initial investment in one to three years. Savvy franchisees compound those returns by reinvesting that free cash into more locations, and build a much bigger, more valuable business on the same investment.

As the company that helped Five Guys, The Halal Guys and QDOBA grow from one unit to national brands, Fransmart is now helping Savannah Seafood Shack with its nationwide expansion.

Featured on The Travel Channel and Cooking Channel, Savannah Seafood Shack is a Savannah institution that has the right management, systems, unit economics and menu to scale nationwide.

According to Fransmart CEO Dan Rowe, Savannah Seafood Shack has the strongest unit economics he’s seen in a fast casual concept in a decade. The flagship restaurant in Savannah had $2.5 million in revenue last year.

Started by Christine Tsoi Cutlip, Savannah Seafood Shack was designed to be your go-to, everyday casual seafood restaurant. Cutlip grew up in the seafood business, helping out at her parent seafood market.

Savannah Seafood Shack is the only restaurant to reimagine the popular, communal Low Country Boil, as an individual dish. The restaurant is also known for its imaginative seafood cones which are a homemade waffle cone filled with coleslaw and topped with the customer’s choice of fried seafood.

For franchisees operations are simple with only boil/steam and fry as the cooking methods. Thanks to the simplified kitchen, ticket times are five minutes, unheard of in seafood restaurants.

If you’re ready to make waves with an emerging seafood concept, contact Fransmart today to hook your opportunity in this trending segment.