The Future of Fast Casual is Plant-Based 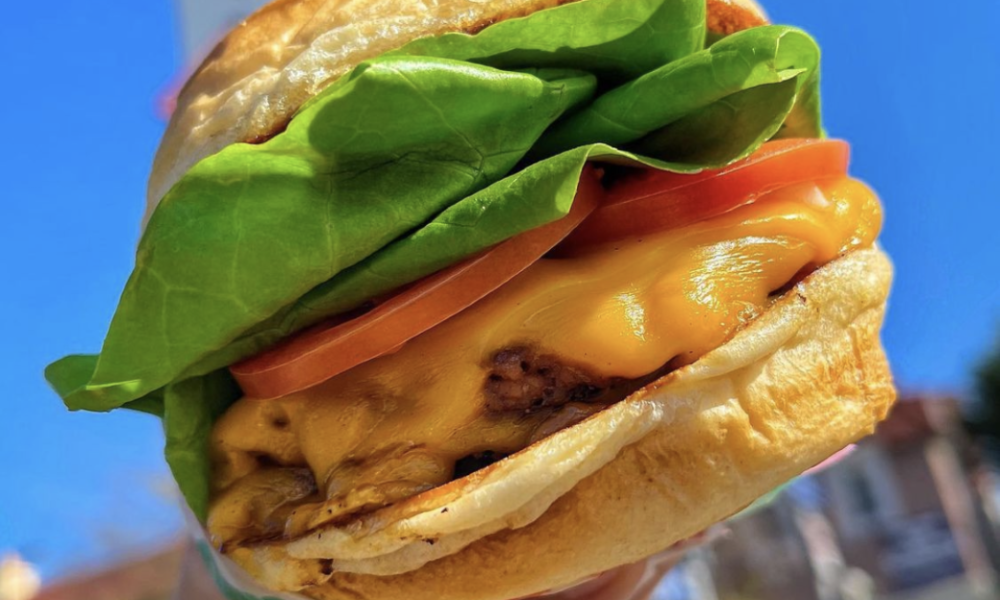 In the 1950s McDonald’s ushered in the era of burgers as the quintessential fast-food break. Today brands like nomoo are reimaging the classic burger joint with a menu of plant-based burgers, chicken sandwiches and non-dairy shakes, creating a scenario where fast-food might finally be healthy food.
A perfect storm of converging factors has led to the growth of plant-based eating and plant-based fast casual restaurants. Today, plant-based foods are a $29.4 billion industry that is on track to become a $162 billion segment by 2030, according to the Bloomberg Group. It’s also anticipated that plant-based meat and dairy foods will outpace the growth of conventional products due to increased consumer acceptance, lower pricing and increased production.
Consumers are driving the plant-based revolution, fueled by the desire to eat healthier and in a way that is better for the planet. According to the National Restaurant Association’s 2022 State of the Industry report, eating for wellness is a top trend, with it being the primary driver for Baby Boomers to opt for plant-based foods. For Millennials and Gen Z consumers, it’s the perception that plant-based foods are better for the environment. 79 percent of Millennials eat plant-based foods, and according to Dataessentials, 71 percent of all consumers are interested in ordering plant-based items when dining out. 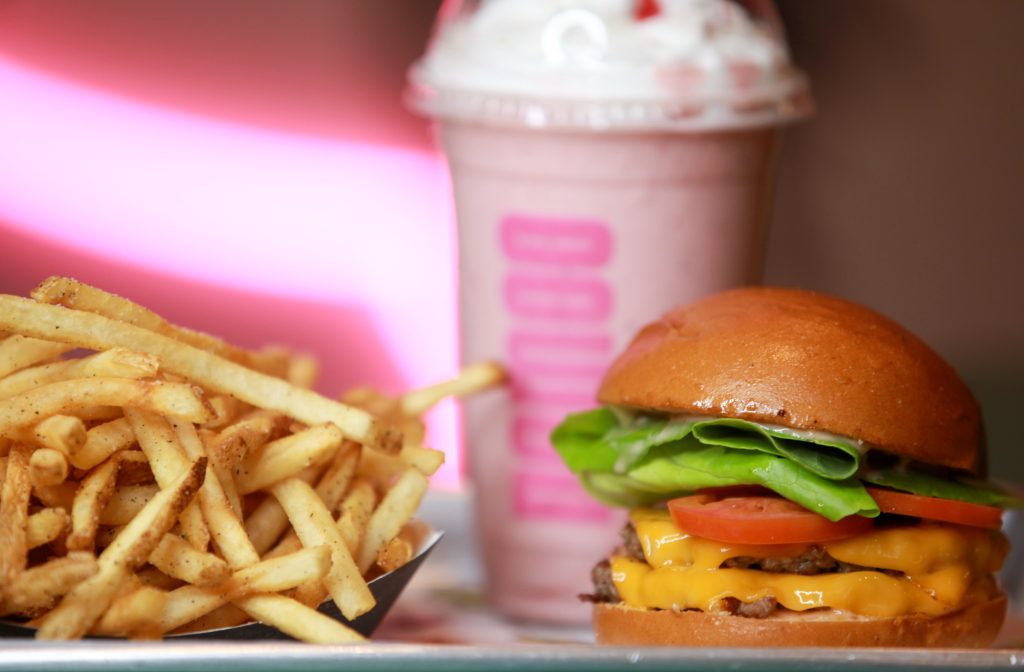 It’s taken awhile for the mass appeal of plant-based food like burgers to take off because frankly, the taste has never been able to rival that of the real thing. And while people want to eat healthier and help the planet, the number one driver when it comes to food is taste.
Impossible Burger and Beyond Meat were the first mainstream plant-based meat alternatives that could tempt consumer’s taste buds. However, there are now concerns about how highly processed these meatless proteins are, calling into question the health benefits. Fast casual concepts like nomoo, which has proprietary recipes for its plant-based menu are poised for fast-growth because they’re able to offer a product that isn’t mass produced and tastes as good or better than the real thing. Right now there are 40,000 burger restaurants in America, but the largest plant-based chain has less than 10 units. That is about to change as brands like nomoo have cracked the code to marry taste and health.
It’s not just beef substitutes that are gaining traction. The plant-based chicken category is exploding due to brands like Rise Southern Biscuits & Righteous Chicken that have developed a vegan chicken that has the same flavor and texture as their “real” chicken.

While consumers are concerned about how eating meat impacts the environment, right now restauranteurs are concerned about the skyrocketing cost of all proteins. The cost of beef is up 20.1 percent, pork is up 14.1 percent and wholesale chicken costs are the highest this century. According to an April 2022 report from the National Restaurant Association, the increase in food cost has created the sharpest rise in consumer fast-food prices in more than 40 years. As plant-based production increases creating more supply, plant-based proteins are poised to become on par or offer lower pricing than traditional proteins. 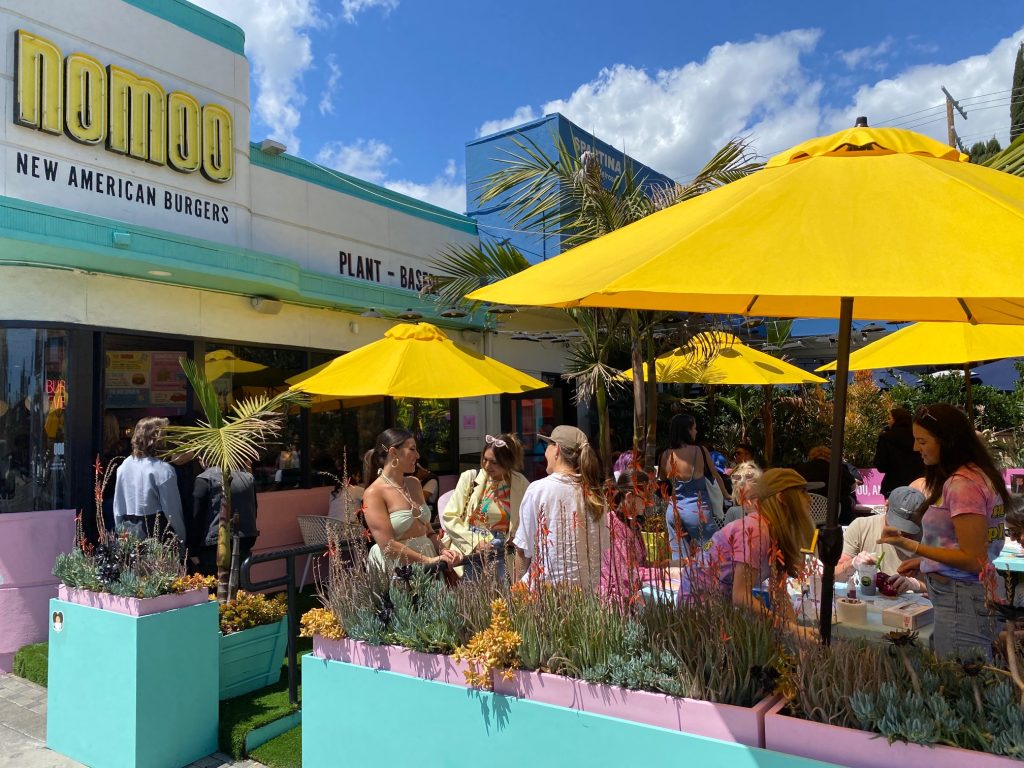 Established brands across all segments are scrambling to respond to the shift to plant-based eating. Burger King launched the Impossible Whopper, Chipolte responded with a plant-based chorizo and even the venerable McDonald’s got in the game with its pea protein McPlant burger.
The fact that the biggest chains in the world were forced to pivot and offer at least one plant-based item is a clear indication that plant-based is a trend that is here to stay. But it’s dedicated vegan emerging brands that are in a perfect position to capitalize on the changing tastes of America by offering an ingredient, taste-driven plant-based menu that traditional fast-food chains can’t match.
nomoo is leading the plant-based revolution, but other new chains are making waves in the vegan space. East-coast based Beatnic serves up plant-based burgers, chicken, and American and Mexican favorites, while Georgia’s Slutty Vegan has developed a cult-like following for its many plant-based burgers, as well as vegan shrimp, chicken and bratwurst sandwiches. The chain just raised $25 million in Series A funding, pushing the brand’s valuation to $100 million. Founder Aisha “Pinky” Cole’s goal is to build Slutty Vegan into a billion-dollar brand. Tacotarian is heating up the Vegas desert with 15 plant-based tacos and other Mexican street food staples.
In the restaurant industry some things are fads and other trends represent a fundamental shift in the industry. I have no doubt that plant-based eating and vegan restaurants are the later. Consumer demand and preferences continue to shift towards a flexitarian diet, allowing plant-based chains to capitalize on both vegan and mainstream appeal.