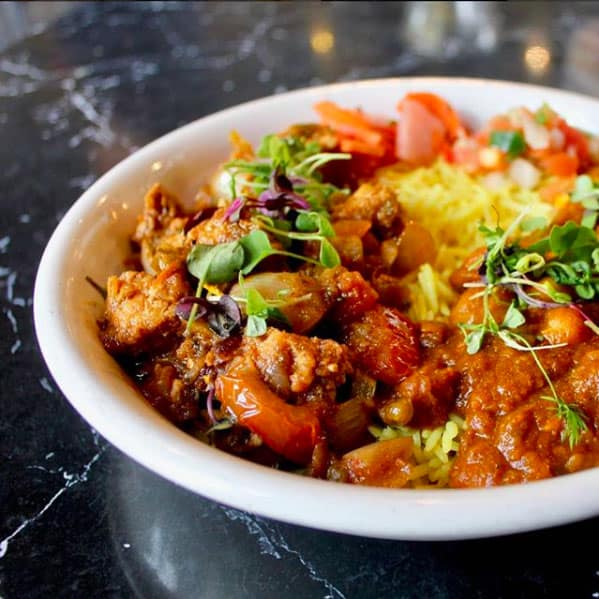 The Wildly Popular Eatery Based in Northern California Will Open First ATL Outpost in Decatur This Summer, Followed by a Madison Yards Outpost Before Year’s End

April 02, 2019 // Franchising.com // ATLANTA, Ga. – Curry Up Now, the California-based concept pioneering innovative Indian fast casual cuisine, has five restaurant locations planned for the greater Atlanta, Georgia area, one of which is slated to open this Summer, followed by a second location this Fall, and third in 2020. The locations are part of a multi-unit franchise deal inked in 2018 with and experienced local franchise group, who are currently working on securing a fourth location in the area, which is projected to open by Summer 2020. Two of the Atlanta locations will also include Mortar & Pestle, a chic and globally-inspired bar concept housed within Curry Up Now. The confirmed addresses are as follows:

“We couldn’t be more excited to break ground on our Curry Up Now locations. We’re passionate about the concept and how its pioneering innovative Indian eats in the mainstream,” said Atlanta franchisee Hemant Suri. “As lovers of Indian cuisine, we’re proud to bring the traditional Indian flavors and ingredients to ATL in a way that is uniquely Curry Up Now.”

“The Atlanta restaurants will be our first to open on the East Coast, and the idea that the food truck we founded in 2009 is growing into a coast-to-coast brand blows my mind,” said Akash Kapoor, Founder & CEO of Curry Up Now. “The Atlanta group is as passionate about Curry Up Now as we are, so to know that they are opening these locations with that kind of emotion driving them forward, we can’t help but feel confident about our future in the Atlanta area.”

Curry Up Now began as a food truck, founded in 2009 by husband and wife duo, Akash and Rana Kapoor, and ably supported by co-founder and Senior VP of Operations, Amir Hosseini, which quickly gained steam and became known locally for its innovative and interesting approach to Indian cuisine. The brand’s popularity resulted in multiple restaurant openings around the San Francisco Bay Area, and today, Curry Up Now operates three food trucks and six corporate brick-and-mortar locations, two of which also house the brand’s craft cocktail bar concept, Mortar & Pestle. From the start, the brand has been known for taking traditional Indian flavors and presenting them in friendly, recognizable formats. Fan-favorite menu items include their iconic tikka masala burritos, quesadillas dubbed ‘Quesadillix,’ Deconstructed Samosa, Sexy Fries, and Naughty Naan, as well as a Street Snacks menu and traditional Indian Street Food menu. Ingredients are clean and sourced from local vendors whenever possible, and the menu is designed to support alternative diets in an effort to accommodate all guests no matter their dietary preferences.

Experts in the hospitality industry project that Indian food will continue to be the fastest growing ethnic food segment in the U.S., making room for Curry Up Now to solidify its position as a front runner in the segment. Within the last year, Curry Up Now has been recognized by the restaurant industry’s top publications for its innovative approach to Indian cuisine and huge potential for growth. The concept was featured in QSR’s 40 Under 40, Nation’s Restaurant News’ 2018 Breakout Brands, listed as #38 in Fast Casual’s Top 100 Movers & Shakers, and named a Hot Food & Beverage Chain by the International Council of Shopping Centers.

In 2018, Curry Up Now solidified multi-unit franchise deals in nearly every major region in the country, including the West Coast, Northeast, South, and the Mountain States. The brand currently has 41 franchised and corporate stores sold and in varying stages of development across the country, including locations in Atlanta, GA; San Ramon, CA; Sacramento, CA; Irvine, CA; Salt Lake City, UT; and New Jersey, which are expected to open throughout 2019. The brand has pending franchise deals in 13 additional states, and aims to have another 100 units sold by year’s end, with an additional 200 units sold in 2020. For more information on the growing Indian fast casual, follow @CurryUpNow on Instagram, Facebook, and Twitter or visit www.curryupnow.com.

Curry Up Now is partnered with Fransmart, the industry-leading franchise development company behind the explosive growth of brands like Five Guys Burgers and Fries, The Halal Guys, and Qdoba Mexican Grill, as their exclusive franchise development partner to grow the brand. The concept is currently looking for experienced multi-unit foodservice operators to develop franchise territories in top 40 major media markets across the U.S.

About Curry Up Now

Curry Up Now was established in 2009 by Akash Kapoor and his wife Rana, and ably supported by co-founder and now Senior VP of Operations, Amir Hosseini. The concept, which is known for its innovative spin on traditional Indian cuisine, has been recognized in publications such as Zagat: ‘5 Hottest Fast-Casual Chains,’ EATER SF: ‘SF’s Best Indian Restaurants,’ 7×7: ‘100 Things To Eat Before You Die,’ QSR: ‘40 Under 40,’ Fast Casual: ‘Top 100’ Movers & Shakers, Nation’s Restaurant News: ‘2018 Breakout Brand,’ and International Council of Shopping Centers: ‘Hot Food & Beverage Chain.’ Curry Up Now currently operates six brick-and-mortars and three food trucks in California’s Bay Area, and has both corporate and franchised units in development across California, New Jersey, Colorado, Utah, and Atlanta, GA. For more information about Curry Up Now, visit www.curryupnow.com.