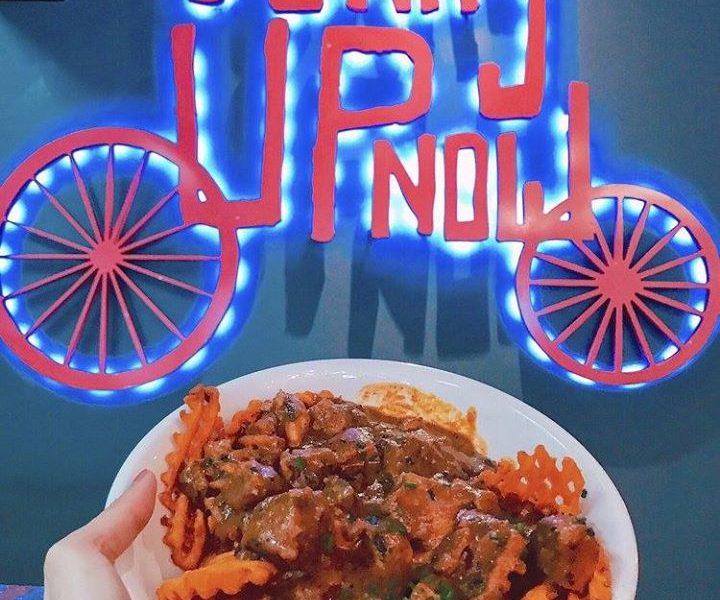 Texas’ first Curry Up Now is expected to open in The Colony, next to Nebraska Furniture Mart.

The founder of California Indian food franchise restaurant Curry Up Now announced that the company is franchising into Texas. The first store in the Lone Star State is expected to open in March 2021 in Grandscape, billionaire Warren Buffett’s $1.5 billion development in The Colony.

The franchisees plan to open as many as six Indian food franchise restaurants in Dallas, Fort Worth and Austin. So far, The Colony is the only lease that has been signed. When it opens, Curry Up Now is expected to be the only restaurant in the Grandscape development that is focused on Indian-American cuisine.

A press release describes Curry Up Now’s mission: “to serve Indian cuisine in an approachable way for American consumers by utilizing formats that are recognizably mainstream.” It has a number of vegan, vegetarian, gluten-free and halal options.

Drinks at Mortar & Pestle bar include a Bangalore Old Fashioned made with garam masala and Indian rum instead of the typical bourbon.

The bartenders can do off-site catering, the website says. The restaurant also offers catering, takeout and delivery.

Founders Akash Kapoor and Rana Kapoor started Curry Up Now in 2009, and for now, they operate 11 restaurants. The duo partnered with Fransmart to franchise the business across the United States, and nearly 50 Indian food franchise restaurants are being developed right now.