Get to Know Franchisor Duff Goldman 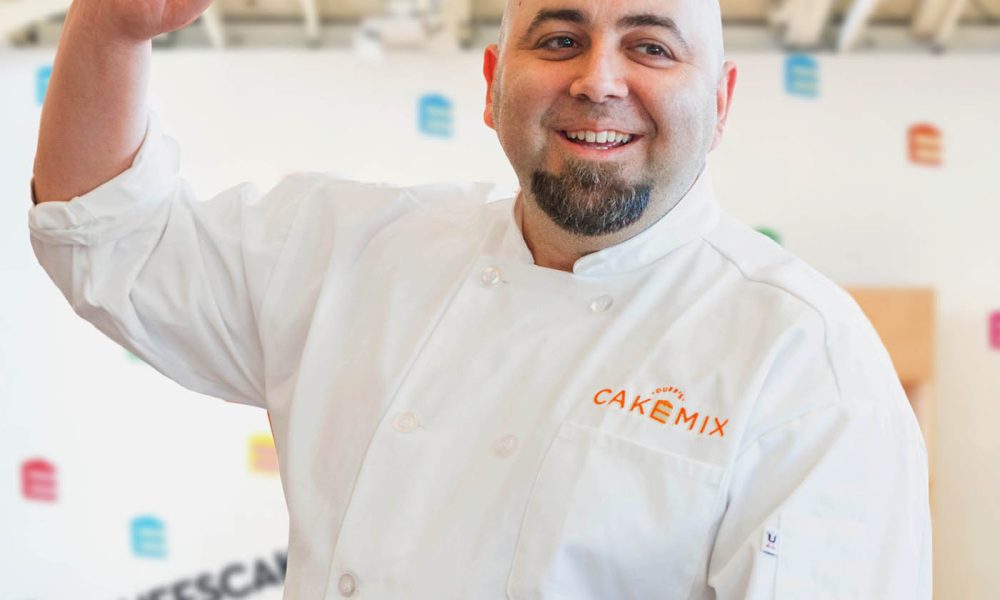 Duff’s CakeMix is an Ace for Franchisees

Duff Goldman burst into popular culture as the wildly popular star of Food Network’s Ace of Cakes. Since the show began in 2006, Goldman has become one of the world’s best known pastry chefs. In 2022 he joined with Fransmart to franchise his L.A. based Duff’s CakeMix, a DIY cake studio that lets everyone be an Ace of Cakes. We recently sat down with Duff to learn more about him and his latest venture.

Q. What was the inspiration for Duff’s CakeMix?

Q. You’ve got a lot of moving parts to your empire, what is it about Duff’s CakeMix that you’re passionate about?

Duff: As a business owner I feel such pride. I started Charm City Cakes in my house and grew it. By franchising, I’m able to help other people become entrepreneurs and realize their dreams of being their own boss too and that feels great.

Q. Duff’s CakeMix empowers your guests to have fun and be creative, what do you hope it does for your franchisees?

Duff: It’s actually not dissimilar to the experience I want the customer to have. I want our franchisees to have fun with this business. One of the things that gives me the most sense of pride is seeing the sense of accomplishment on our guests faces when they create a cake they weren’t sure they could make. I want my franchisees to have that feeling. I want franchisees to know that each day at Duff’s CakeMix is fun and an adventure. The joy you get seeing people achieve something is priceless. There aren’t many people who get to bring that to others on a regular basis.

Q. We saw the explosion of Make Your Own Pottery and Wine and Paint nights, what makes Duff’s CakeMix the next big thing in the experiential retail franchise market?

Duff: It’s the best of both worlds. You get to do something creative with your hands and then you  get to enjoy eating it. It doesn’t sit on the shelf like a bowl you made once. People come back to CakeMix to keep improving their decorating skills and trying out new designs and techniques.

Duff: In addition to expansion in the U.S., to expand internationally. The concept fulfills a universal need for creativity and community.

Q. Do you have a favorite cake design offered at Duff’s CakeMix?

Duff: Not to pat myself on the back, but I was the first to come up with the unicorn cake design and now you see it copied everywhere. It feels good to create a trend like that.

Q. All the cake at Duff’s CakeMix is made from your proprietary recipes, what’s your favorite flavor?

Duff: Confetti, because to this day it still makes me giggle a bit. It’s genius to put the sprinkles into the cake.

Click below to learn more about how you can become a part of the Duff’s CakeMix family!