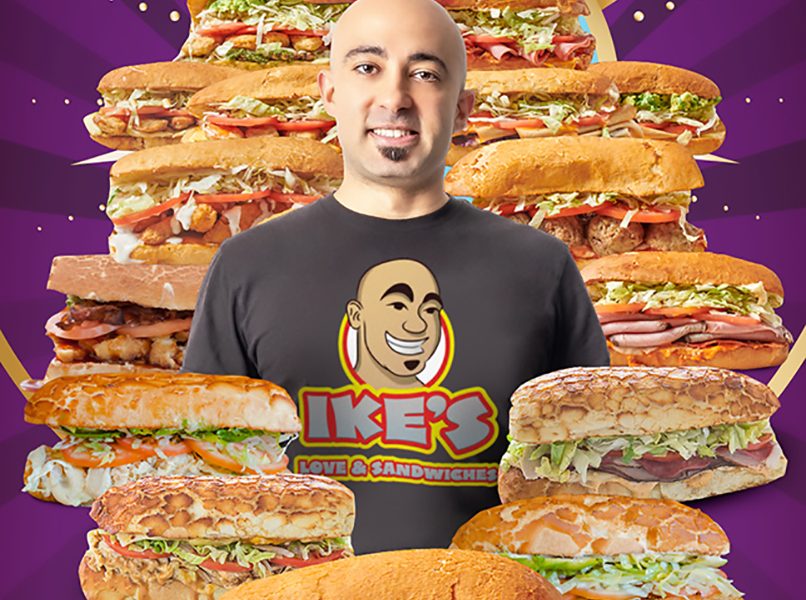 NFL player John Miller and his father, Johnnie Green, will open the unit on Friday.

Ike’s Love & Sandwiches, the iconic San Francisco-based sandwich franchise chain with a cult-like following, solidified a multi-unit franchise deal with John Miller, a professional football player for the Carolina Panthers, and his father Johnnie Green to bring the concept to Florida for the first time. On October 9, the father-son duo is opening their first location in Miami, located at 18719 Biscayne Boulevard; Miami, FL 33180, with plans to open 10 Ike’s Love & Sandwiches storefronts throughout Broward County and Miami-Dade County over the next seven years.

A former three-year starter for the Buffalo Bills, Miller recently signed an agreement to play for the Carolina Panthers. While his football career shows no signs of slowing, Miller is a Florida native and family man at heart who knows an outstanding sandwich when he tastes one. After trying Ike’s Love & Sandwiches for the first time, Miller knew he wanted to bring the love to his hometown by partnering with his father to invest in the Ike’s brand.

Founded by Ike Shehadeh in 2007, Ike’s Love & Sandwiches currently has nearly 90 locations in operation throughout California, Arizona, Nevada, Utah, Texas and Hawaii, with additional locations currently in development in Chicago as well as Utah, California and Texas. The brand continues to see explosive growth as it builds its dedicated, loyal following and brings its famous secret menu and pop culture-inspired sandwich selections to customers from coast to coast.

“Love, appreciation and respect are at the forefront of everything we do at Ike’s Love & Sandwiches,” said founder Ike Shehadeh. “The happiness and enjoyment of our customers are the drivers behind Ike’s. I’m excited to work with John and Johnnie to celebrate our Florida customers and their unique tastes as we bring the concept to the East Coast.”

In addition to the brand’s unique, mouthwatering menu items, the concept’s profitability outlook and successful franchise business model are among the factors that inspired Miller and Green to become franchisees. Supported by their strong father-son connection and commitment to bringing positivity to the community, Miller and Green will deliver the Ike’s experience to its East Coast customers. With the help of leading franchise development company Fransmart, the duo will position the concept as the dominant sandwich brand in Florida.

Fueled by the power of Fransmart, the franchise development company behind the explosive growth of brands like Five Guys Burgers and Fries and Qdoba Mexican Grill, Ike’s Love & Sandwiches will continue to expand nationwide. Franchisees receive training and support from start to finish, from site selection expertise to custom training systems to localized brand building. The brand is currently seeking experienced franchisees to continue bringing the concept to the top 40 media markets throughout North America.