Brooklyn Dumpling Shop with ‘Automat’ Concept to Open in Hoboken 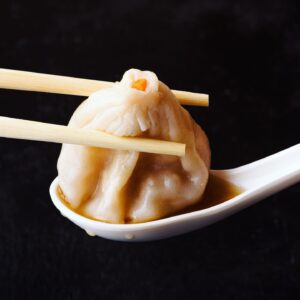 While there are many reports of businesses closing, there have been some openings and new venture announcements in the works — breathing life into various places along the Avenue that have previously shuttered. Two years ago, there was a fire in the restaurant Dili Junction, and since then, the mid-Washington Street fast-casual spot had been closed. Now, a new spot called The Brooklyn Dumpling Shop is making its way from NYC to the Mile Square.

According to Jersey Digs, the shop, as its name suggests, will specialize in dumplings — with 32 flavors to choose from. The concept was founded by NYC restauranteur Stratis Morfogen, who took his family’s legacy trade, the New York diner, and reinvented it as this winning combination: diner dishes in delectable dumpling form.

The first location at 1st Avenue in Manhattan has yet to officially open and now the business is already expanded to a second location in Hoboken next to Off The Wall, at 514 Washington Street and will be run by a partner, Nickesh Desai. Desai hopes that the Brooklyn Dumpling Shop will be open to customers in Hoboken by mid-April, per an interview with Jersey Digs.

If you thought turning traditional diner dishes into dumpling form was unique enough, you’re in for a treat, depending on your current dining out preferences. The Brooklyn Dumpling Shop — as a concept — will be an automated experience. As a direct effect of COVID-19 and restaurants aiming to offer customers a contact-less free exchange, this company has reinvented the concept.

The Brooklyn Dumpling Shop will have metal detectors scanning customers’ temperatures and glass compartments with food that open by scanning your smartphone. See here for a visual of the process. Each compartment is temperature-controlled, keeping the food fresh at all times. The compartments flash red when an order is placed, yellow when the order is two minutes from coming out, and green when it’s ready to be picked up. This comes just a few weeks after the official opening of Automat Kitchen, a similar concept, opened in Jersey City, proving that contactless dining experiences are gaining some traction.

All of the dumplings on the menu come in three per order and were inspired by classic diner dishes, including pastrami, Rebuan, Philly cheesesteak, lamb “gyro”, turkey club, cheeseburger, chicken satay, peanut butter and jelly, chicken parm, pizza, and more.

The variety of breakfast dumplings include flaky croissant-shaped dumplings, bacon, egg + cheese, spicy sausage + egg, and more. For the seafood lovers, there will be shrimp, lobster, crab, scallion, and lobster spring roll. Additionally, there will be chicken, lobster, and shrimp wontons.

For veggie eaters, there will be edamame + white truffle broth, an impossible burger, and crispy eggplant. Variations of soup and spring rolls are also on the menu.

We would be remiss not to mention the dessert menu that will consist of apple, fried banana, warm Nutella, and cinnamon saffron dumplings.

As far as opening dates, we’ll share updates as they become available — but the opening looks to be sometime in spring 2020. In the meantime, follow the Brooklyn Dumpling Shop on Instagram for more updates.