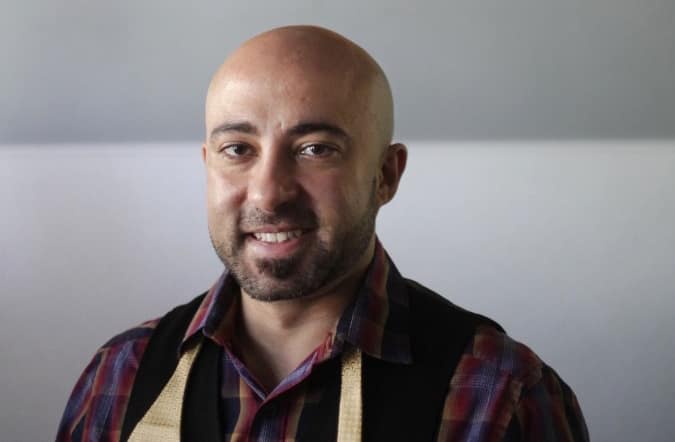 Back to Ike's Love & Sandwiches Page

An Interview with Sandwich Genius, Ike of Ike’s Love & Sandwiches

Madison Bumgarner. MC Hammer. Kevin Bacon. To the uninitiated, it may seem as if I am randomly naming celebrities for no good reason. For those in on the secret, you’d understand that I am actually listing just a few of the many options from Ike’s Love & Sandwiches, the masterful brainchild of Ike Shehadeh. Ike’s addictive creations have since spread beyond the…

To the uninitiated, it may seem as if I am randomly naming celebrities for no good reason. For those in on the secret, you’d understand that I am actually listing just a few of the many options from Ike’s Love & Sandwiches, the masterful brainchild of Ike Shehadeh.

First officially setting up shop in the Castro District of San Francisco on Halloween of 2007, Ike’s addictive creations have since spread beyond the Bay Area into thousands of hungry stomachs throughout California. The most recent chapter of this godsend in sandwich form has laid its roots in Isla Vista, just minutes away from UC Santa Barbara’s main campus.

Naturally, the team at SpoonU UCSB had to meet the man himself.

To say that Ike’s origins were humble would be an understatement. Back in 2001, Ike owned a liquor store in the Mission in San Francisco and sold sandwiches on the side. “I’d be there working and get some meat, or some steak, or some fish, or shrimp, or whatever and then make sandwiches,” Ike said.

Though his current business is thriving, Shehadeh’s original combo of liquor and sandwiches eventually went belly up in 2003, leaving him homeless. “I slept in the back of vans, or slept in cars — not my car, but other people’s cars,” he said.

Ike decided to give the sandwich business another shot in 2007 after a four-year stint with various retail jobs. Backed by a loan from his mother, he opened the first Ike’s Place, now known as Ike’s Love & Sandwiches, in the Castro on Halloween. Unfortunately, no party-goer’s drunchies were strong enough to elicit any sandwich purchases that night.

In the face of such disappointment, Ike closed the store for a week but tried to haggle some sales from passerby on November 7th. “I got the shirt that I felt I looked most handsome in and I stood outside and said, ‘Hey, can I buy you a sandwich? 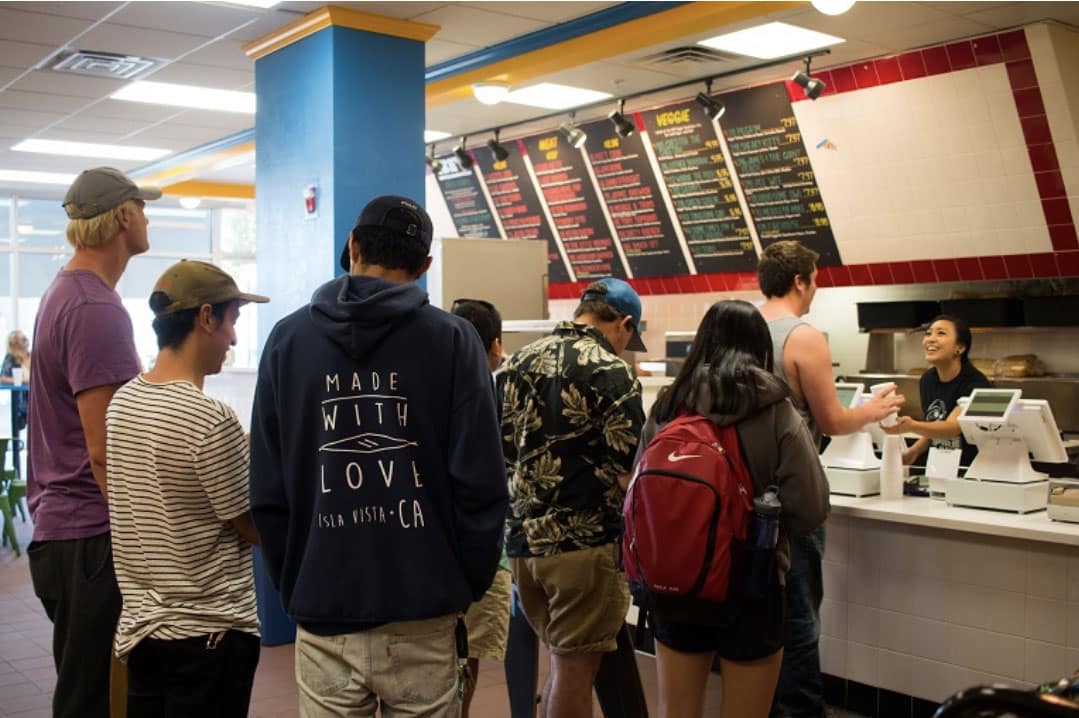 ‘” Thanks to his dastardly good looks and sales acumen, the business really took off three months later and snowballed to his current level of success.

As the very definition of a rags-to-riches story, Ike has not forgotten the conditions that kick-started his achievements. When asked about charity work and food donations, Ike said, “Going to bed hungry or going out with friends and saying, ‘Oh, I’m not going to eat, I don’t have any money,’ is something I can resonate with.” Ike’s Love & Sandwiches has made donations and setup partnerships with local community organizations situated around his restaurant locations.

Ike’s philanthropic inclinations are also reflected in the day-to-day operations of his establishments, namely in the interactions between staff and customers. “The reason why Ike’s became successful, aside from the food, is that I really cared if you were happy — if you came in and you were unhappy [with the service], I wanted you to be happy; whether that meant I made less money, or I had to give you a free sandwich, or make you another sandwich.”

It’s rare nowadays to encounter even the slightest sliver of humility in a successful restaurateur, especially in this age of social media and technological self-absorption. But Ike hasn’t left his roots behind. His customers reign supreme. His philosophy remains grounded and humble. And his sandwiches — well, they speak for themselves. 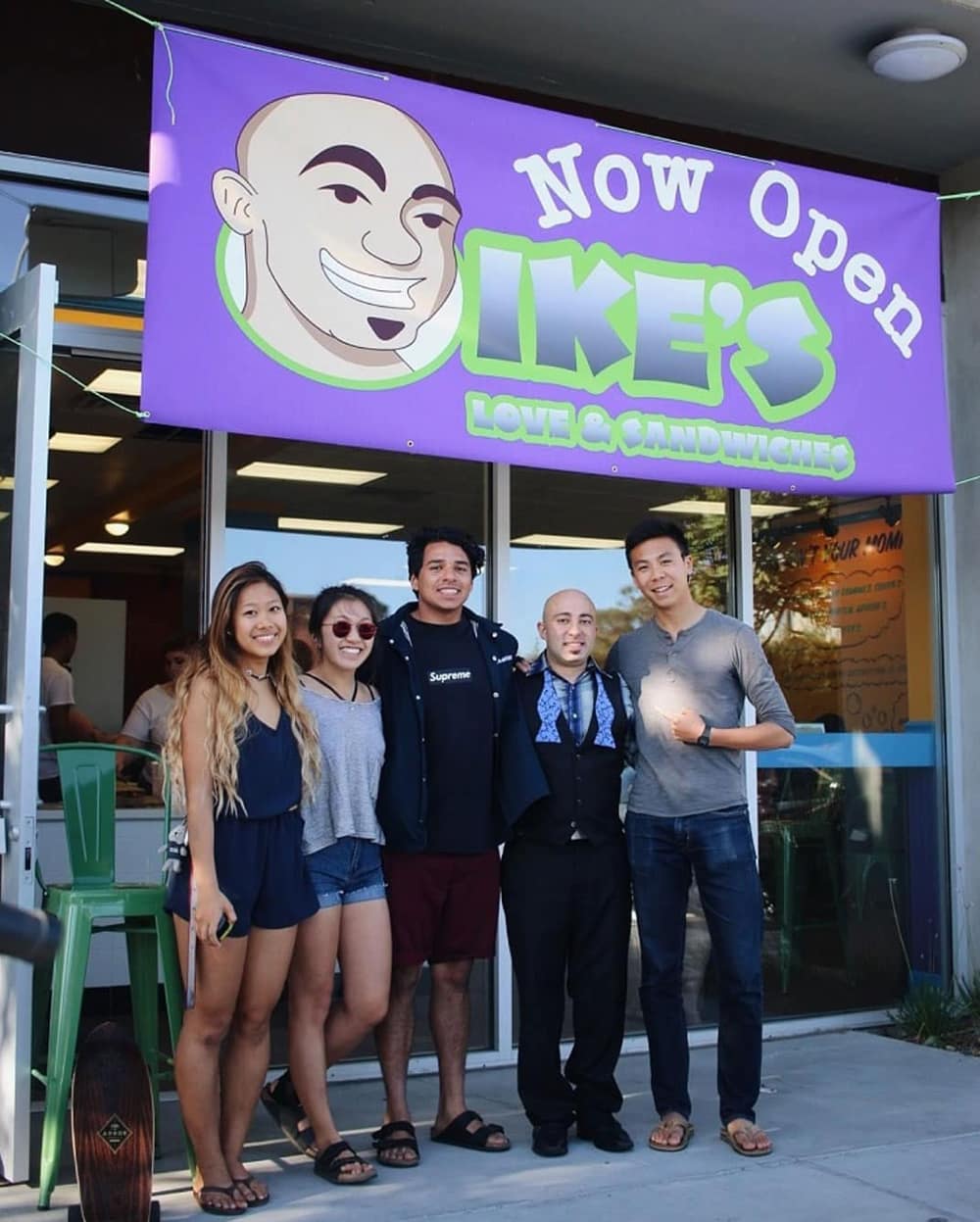