WITH HEALTH A TOP PRIORITY, RESTAURANTS RACE TO INNOVATE 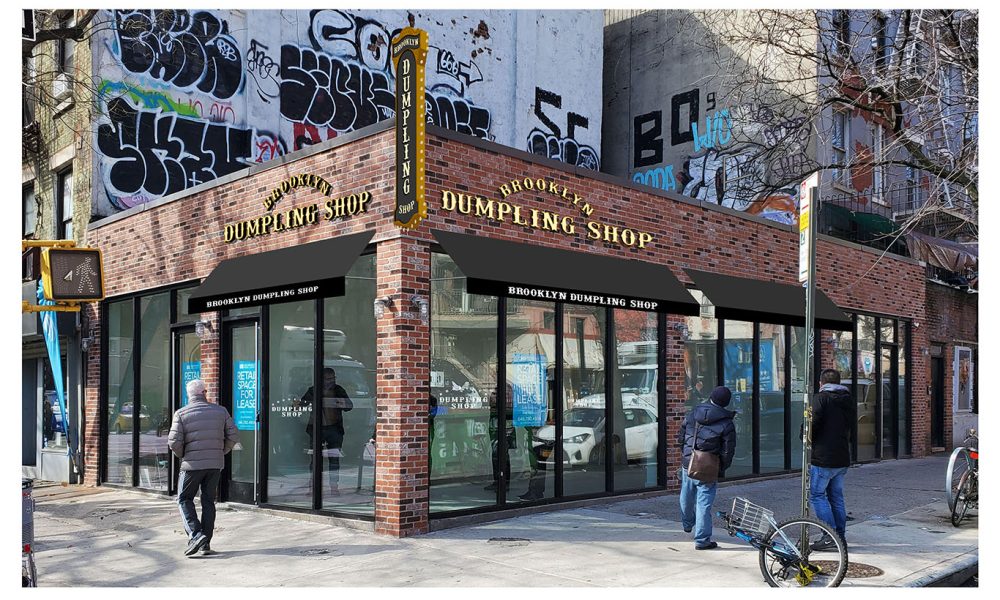 In the early 20th century, the leading causes of death in the United States were a group of infectious diseases that spread from person to person via airborne particles.

These diseases formed the backdrop for the rise of a new kind of restaurant: the automat. Customers at the cafeteria-style eateries purchased and retrieved food from vending machines that required no human contact. On top of being fast and cheap, it offered a more hygienic experience for the health-conscious population.

“They thought the glass-fronted compartments and shiny fittings were sanitary, a comforting reassurance after the food contamination scares of the time,” said a 2001 article in Smithsonian Magazine.

One hundred years later, this all sounded very familiar to New York restaurateur Stratis Morfogen as he prepared to open the first location of his Brooklyn Dumpling Shop amid the coronavirus pandemic.

“As I’m reading this, I’m just like, ‘Well this is just too crazy. All the stars are aligned for [the business plan] I wrote in 2019. This is the perfect business model for the times,’” he said in an interview with Restaurant Business.

At Brooklyn Dumpling Shop, like at the original automat, customers order, pay and pick up their food without interacting with another person. But instead of putting a nickel in a slot, guests order from their phone or via touchless in-store kiosks. When their order is ready, they pick it up from a temperature-controlled cubby that is opened with a code sent to their phone.

While the concept wasn’t designed as a COVID-19 solution, it checks a lot of boxes for consumers who are increasingly prioritizing their health when making dining decisions. Just like in 1918, that’s driving restaurants to innovate to make themselves safer. To do that, many are leaning on technology for its ability to reduce human contact and human error.

Health concerns remain the No. 1 thing keeping consumers away from dining rooms. Sixty percent said they would avoid visiting a restaurant in the next month because they were afraid of getting sick, according to a study released in August by consulting firm AlixPartners.

When COVID-19 hit, Morfogen added even more “bells and whistles” at Brooklyn Dumpling Shop. Cubbies are now zapped with a UV light to sanitize the inside when an order is removed, and customers entering the restaurant have their temperature automatically scanned with a metal detector Morfogen converted into a thermometer.

“I’m in the restaurant business, not a nurse,” Morfogen said of the high-tech temperature-taking approach. “So I had to come up with a way that was more seamless.”

Restaurants aren’t nurses, and yet they are now faced daily with making decisions about the health and safety of guests and staff. This is one area some operators are turning to technology.

Zero Hour Health, a company that helps restaurants manage food safety and health incidents, offers one solution: an app-based wellness check for employees to take before they come to work. If they fail the check, they’re immediately connected with a clinical team for a further assessment.

Not only does the automated check help exclude sick employees before they even get to the restaurant, but it also relieves managers from having to make difficult staffing decisions, said Roslyn Stone, COO of Zero Hour.

“When you put your restaurant manager in the decision-making role of deciding whether or not this employee should be included today, you’re asking them to make a clinical judgement, and it’s very subjective to them,” she said.

More than 50 restaurants representing thousands of locations have used Zero Hour’s app to administer millions of wellness checks. Stone said 1.2% of employees fail the initial check, and about 40% of those are ultimately cleared to work.

BOHA, a back-of-house automation product from tech company Transact, also integrated employee wellness and temperature checks and other safety features into its platform during the pandemic.

“I think there’s a real demand for technology now” for its ability to ensure accuracy, said TransAct CEO Bart Shuldman. “You can’t hide that in the digital world, you can’t fudge it.”

Chipotle Mexican Grill learned some of this the hard way after a series of food safety incidents in 2015 and 2016. As a result, the chain already has in place some of the technologies coming into vogue, including enhanced air purification systems, app-based food safety audits and cold-chain technology that tracks food temperatures throughout its distribution system.

With the onset of COVID-19, Chipotle is looking at automating employee wellness checks as well as the process of taking the temperature of its ingredients every hour, said Laurie Schalow, the chain’s chief corporate affairs and food safety officer.

Big investments like these are more reasonable for large chains. For smaller restaurants that may not be able to afford a major tech overhaul, Schalow emphasized finding a way to automate however possible.

“I completely understand, having come from [Yum Brands] where you have a lot of small operators, it’s a challenge for them to be able to leverage tech like we can at Chipotle because of scale,” she said. “So I think any way that they can automate and take the guessing out of things and have a way to track and then make sure you have compliance … that’s critical.”

On the front-of-house side, consumers want less friction and more security. A quarter of drive-thru consumers, for instance, said limited or zero contact with restaurant staff is important to them in light of COVID-19, according to a recent survey by geofencing company Bluedot.

Minnow is one supplier looking to meet this demand. The Seattle-based company makes secure, temperature-controlled pickup pods that can be activated via mobile device—similar to the cubbies at Brooklyn Dumpling Shop. Though it was not designed with a pandemic in mind, Minnow started to get lots of inquiries about the pods from restaurants of all kinds after COVID-19 struck in March, said CEO Steven Sperry.

“All of them are trying to figure out how they move forward in an environment where people are nervous about having a face-to-face interaction,” he said.

Minnow and Brooklyn Dumpling Shop are betting that things like the standard pickup shelf aren’t going to cut it for diners in this new world. In a July survey of 400 consumers, Minnow found that 96% want their to-go food held in an insulated compartment, and 94% want it in a secure compartment.

The makers of a product called GrubGuard are responding to those same desires. Created by husband and wife Zachary and Shaunta Jones, GrubGuard relies on software and special packaging to alert restaurants and consumers if a delivery order has been tampered with en route.

The Joneses believe their solution adds a layer of security that goes beyond the tamper-proof stickers and packaging on the market now.