Why a Brooklyn QSR adopts the Automat concept 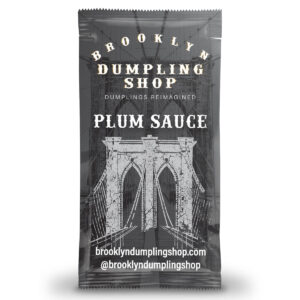 Can a tiny bite-sized pasta package known as the humble dumpling make it in the brutal restaurant world of the Big Apple and beyond? One veteran New York City restaurateur is betting on it, thanks to a modern remake of the 20th-century fast food marvel, the Automat.

Brooklyn Dumpling Shop in New York City offers a 21st century take on a very 20th-century concept — the Automat — which actually was first envisioned in the 19th century. And maybe that longevity partially explains why veteran New York restaurateur Stratis Morfogen believes the Automat’s time has come again and that his dumpling QSR concept is the ideal concept for its resurrection.

Morfogen is not the only one with this deep faith in the cause. The franchising experts at Fransmart are also putting their muscle behind Brooklyn Dumpling Shop, signing a deal with Morfogen to sell 500 Automats to North American franchisees by 2030.

For the unfamiliar, Automats first made their American debut during the last major pandemic, the Spanish Flu, which started in 1918. Scan the media coverage of these businesses over the last 120 years, and you’ll note that they first were regaled as a modern eating-out marvel that hit a highpoint in the 1930s and ’40s. The news coverage, however, falls into a bemoaning tone by the 1960s and ’70s.

But the “Automat ” itself, Morfogen said, although central to this dumpling concept, is still just the packaging. The juicy little pasta-enveloped packages are the heart of the action, and we wanted to know more about that end of things, too.

Here’s what we learned.

Q: When did you create the brand? Was the pandemic a consideration?

A: Brooklyn Dumpling Shop was born in May 2019, way before COVID struck. It was written on the basis of economics only. Our economic model shows that the Automat, and the heavy use of its technology, will knock 10% off of our payroll, which was quite intriguing to me. With today’s technology, I believe it’s a marriage made in economic heaven.

When COVID hit, I added a few new bells and whistles, like a UV light and locker-disinfecting mist. We converted metal detectors into walkthrough thermal temperature scanners, and you use your smartphone as your own personal remote control from our self-ordering touchless kiosks.

Robotics will help keep our staff socially distanced and save on payroll. Our mission is less staff, but higher pay and benefits. Our main goal is safety, but also economically to get payroll to 15% or below. If we can achieve that goal, we will have revolutionized the fast food industry.

Q: Are you actually going to be using the Automat” name and do you think that will have meaning for today’s customers?

A: I am using the Automat name in addition to Autoflow. Autoflow to me means everything is quite fluid.

The Automat became popular after the Spanish Flu, and it’s kind of eerie that 100 years later we’re in the same place. At that time, Hollywood glamorized the Automat and (in the movie), “Breakfast at Tiffany’s” became lunch at the Automat.

What happened was in the 70s was there were no credit card processors, so people got turned off by having to have a roll of $10 in quarters in their pockets in order to eat. It became outdated when the fast-food industry took off.

I don’t think the youth or even the middle-aged consumer know what the Automat is, but they will know the convenience and cost-efficiencies, in addition to the speed. (So just as) you might know the brand, Pepsi, but not Pepsi’s CEO. It’s the same way here.

For older people, it’ll be nostalgic. The word, “Automat,” will have the value of a classic. Our grandparents had the Model T — we have the Tesla. We basically made the Model T into a Tesla in the world of Automats and distribution.

Q: Your background includes an upbringing in your family’s Greek diners and recent past experience in relatively posh Asian nightclubs and other types of restaurants, so how did you land with this concept in quick serve?

A:Part of my pedigree is that my family owned Greek diners and I believe we created the fast casual market with Greek diners. I grew up in that business.

It’s always intrigued me how QSR restaurants can make money without low payrolls. I thought QSRs were too payroll-intensive, and as we see the number one failure is payroll and rent.

With this current market, rent is totally a tenant’s market, and now with lower payroll and automated robotics, the possibilities are endless. We’re more of a technology company — food comes after in the conversation, which is out of my comfort zone.

Our technology is so strong, food becomes the second part of the conversation even though we have truly unique dumplings, so it’s uncharted territory, but welcome, for me.

Q: Walk me through what it will be like to be a customer at Brooklyn Dumpling Shop.

A: You can be anywhere and pick up your phone, go to BrooklynDumplingShop.com and place an order within the vicinity of our (future) locations. You schedule a pickup time and get a personalized confirmation that says, “Thank you, Ms. Jones, for your order. Your order will be ready at this location at this time.” It will be consistent with where you’re placing the order.

Through Tray technologies — the geniuses over there have mastered using your phone with the self-ordering kiosks. You use your phone to control the entire ordering process as your own personal remote control.

Q: Can you tell us why you chose to focus on dumplings for this Automat format and whether you believe they are more conducive to creation and delivery via the Automat?

A: I believe the Automat model can work for any type of merchandise, ranging from jeans to steaks. For the format, I’ve clashed two cultures together: the sandwich shop and the dumpling shop.

As a father of three daughters, I found introducing new foods was best to do it in a dumpling form. I personally prefer dumplings over huge sandwiches, like the ones that used to be at my father’s diner. You can taste four or five different menu items all in one sitting by eating dumplings. We’ve reimagined two subcategories, sandwiches and dumplings.

Q: Though the restaurant itself functions as an Automat, will you have space for socializing in any way?

A: That is not part of the concept at all, even post-vaccine. That’s not our model. Seating will be there as a luxury, but at most of the locations, we’re looking at it just being like a drink counter.
However, there is a Brooklyn Dumpling Shop location we’re looking at in Manhattan that can seat 60 outside. So even though it’s not part of our model, we’ll take it. Brooklyn Dumpling Shop can also go gas or electric, which gives us the opportunity to go to mass transit hubs and other subterranean spaces, where gas isn’t allowed.

Q: What kind of initial startup and continuing operational costs will franchisees need to own one of your stores?

A: What’s fantastic about the value proposition to a franchisee is that you don’t hire employees for to-go or phone order logistics — no cashiers, no chefs, everything is done through our technology.

With that said, the product is delivered and ready to cook, which makes it exciting. A first-time restaurateur will have a seamless time with this business model.

If you don’t live, eat, breath, sleep the restaurant business, you will fail, however, with Brooklyn Dumpling Shop, we’re bringing payroll down to a minimal number. By doing so, (the concept has) knocked out … the number one killers for QSRs, which are wasted and excessive payroll expenditures.

Q: Okay, let’s talk growth, and why do you think this brand has staying power through the pandemic and beyond?
A:The growth trajectory is to saturate the North American market, and with the geniuses at Fransmart, we’re already talking to every continent.

We’re reinventing the dumpling. We’re also focusing and gearing on the new generation of consumers. My children who are 12 and 14 do all of their buying through their phones. So I believe every aspect of Brooklyn Dumpling Shop experience appeals to that group.

I don’t care if you’re 12 or 70, we’re reimagining the dumpling and recreating the sandwich, which is something everyone can enjoy. We’re showcasing the versatility of the dumpling, with varieties like Bacon Cheese Burger (and) Peanut Butter-and-Jelly dumplings.

Q: But don’t you have sandwiches in your DNA? How does the dumpling build on that experience?
A: I’ve been around pastrami sandwiches my whole life and was never interested in them, but I can eat the pastrami dumplings like M&Ms.

Seeing customers’ eyes light up after trying our dumplings (which have been on our sister restaurant Brooklyn Chop House’s menu) has been a huge achievement. I don’t know a 12- or 14-year-old who wants a roast beef sandwich, but they love them in dumplings.

The younger generation loves to explore new foods and wants the presentation to be fresh as well. This is a new form of distributing what the generation before them fell in love with. It also makes it Instagramable, since we live in an Instagramable world. I believe that Generation Z believes — “I will be ‘cool’ eating here?”

The restaurant is planning its grand opening in February, according to its website.