The Lucrative Possibilities of Cocktails on Tap 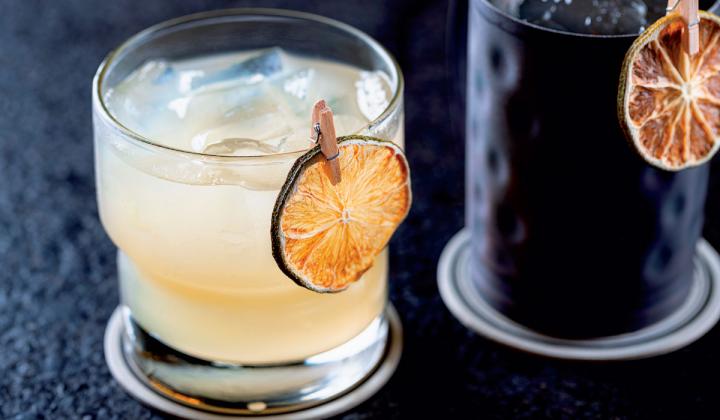 Last year, restaurants focused their beverage programs around off-premises adaptations out of sheer necessity. Many navigated the newly relaxed but also variable regulations around selling alcoholic drinks for off-site consumption, while also formulating recipes that would travel well and remain just as quaffable at home as in the restaurant.

This shift is one of many reasons operators are paying closer attention to alcohol-on-tap systems, which, in their earlier days, hadn’t garnered the most sterling reputation.

“When it first started coming out, there were a lot of challenges and complications. … And to be honest, a lot of people were kind of turned off by that,” says Tony Pereyra, cofounder of beverage consultancy The Spirits in Motion. “It was kind of like they had a bad taste in their mouth, like someone who had tequila back when they were younger and never wanted tequila again.”

Early problems could be largely chalked up to equipment limitations. Beer and wine taps don’t work well for cocktails whose higher sugar content can erode the hoses. Plus mixed drinks tend to separate, Pereyra says.

In recent years, the technology has improved by leaps and bounds. To wit, an engineer at The Spirits in Motion developed a self-agitating keg to prevent beverage separation. And restaurant and bar operators are seeing the potential in such systems on multiple fronts.

“There’s a renaissance of drinking—it’s great. And we just happened to be pretty well-positioned from the inception. The founder always thought that brunch without alcohol was just a sad breakfast,” says Jason Knoll, vice president of culinary at Another Broken Egg. At first, alcoholic beverages represented only about 3 percent of sales for the brand, but over the years it grew to upwards of 13 percent. And then, in 2020, alcohol sales grew to account for a quarter of all sales.

The Florida-based chain hasn’t implemented a draft cocktail system yet, but Knoll says it’s only a matter of time. Even when taking the cost of specialty equipment into account, it’s a sound investment. “We’ve worked on the calculations; we’ll hit ROI the first year,” he says.

Putting cocktails on tap not only saves time, it also streamlines the process from a labor standpoint. Rather than training half a dozen employees in the art of crafting an Old Fashioned, operators can rely on one dedicated beverage specialist to make large batches. Then, other team members need only pull the tap. Pereyra says this can be especially helpful for more complicated drinks, like tiki cocktails, which have enjoyed a resurgence in recent years.

“Traditionally, tiki cocktails have a variety of ingredients, sometimes two to three different rums, three different spirits, three to four different juices, some bitters, some spices—all these flavor notes. And those can be time-intensive cocktails to make,” Pereyra says.

Nevertheless, guests still eat—and drink—with their eyes, so adding a special flourish at the end can be critical.

“What kind of ties all these draft cocktails up—and the tiki cocktail is a great example of it—is always adding what we call a fresh finish to it,” Pereyra says, offering a playful umbrella straw as an example. “You can still have that sophistication of a tiki cocktail in that glass being poured from draft, but when you have that fresh finish at the top of it, it just takes it to that next level.”

One brand Pereyra recently consulted with is Taffer’s Tavern, owned and operated by Jon Taffer of “Bar Rescue” fame. Located in Alpharetta, Georgia, the first location opened last fall and has had a draft system since day one. Because alcohol plays such a big role at Taffer’s Tavern, putting a couple of popular beverages on tap helps it meet high volumes while maintaining consistency. Plus, its custom agitating system mimics the traditional shaking motion of a bartender. Once poured, the drinks are then garnished for that final touch.

Another operational—and environmental—conundrum that draft cocktails solves is the matter of storage and waste. And it was a key selling point for Another Broken Egg.

“I love the fact that we’re saving … hundreds of thousands of bottles a year. That’s just great. And the transportation changes significantly,” Knoll says. “As an operator, I get all of the space savings and efficiencies. And of course, the product when you buy in bulk is reducing costs as well.”

He expects that draft cocktails will appeal to Gen-Z in particular. For one, they are less likely to have had a negative experience with earlier, lower-quality mixed drinks on tap. Plus, the eco-friendly nature of taps compared to bottles is a bonus for a generation that often aligns its spending with its values.

While the plan is to install taps across Another Broken Egg’s system, the number of draft beverages will vary by location. For high-density markets like Los Angeles, Atlanta, and Austin, Texas, more than two dozen drinks could be on tap. For secondary and tertiary markets, Knoll says the brand will take baby steps to ensure those units break even in terms of sales.

Just because draft systems are on the rise doesn’t mean that restaurants and bars will do away with hand-mixed drinks altogether. And as Pereyra points out, certain types of cocktails work better on tap than others.

“There are some do’s and don’ts. … We’re not going to want to put anything with dairy or egg or heavy stuff like that [on tap],” Pereyra says. “I would say Margaritas and Moscow Mules, things with a citrus and a sugar seem to do really well. Obviously you could brighten it up [with] some more flavors like blood orange or even something colorful like a dragon fruit. It really adds a pop to it.”

True to point, Taffer’s Tavern elected to put both a Margarita and a Moscow Mule on tap while other drinks are still prepared one at a time.

In addition to flavor varieties, tap systems can also vary in their output, with three distinct formats: still, sparkling, and nitro. Pereyra says drinks like Negronis and Old Fashioneds play well in a still format, while citrus-and-sugar beverages get an extra oomph through effervescence. Nitro, though less common, delivers a smooth mouthfeel and texture akin to a Guinness.

“The cocktail is a huge profit opportunity. The ROI comes back super-quick, but there is a method to the madness,” Pereyra says. “There is a certain type of cocktail that you want to put on tap, and there’s a way to do it.”