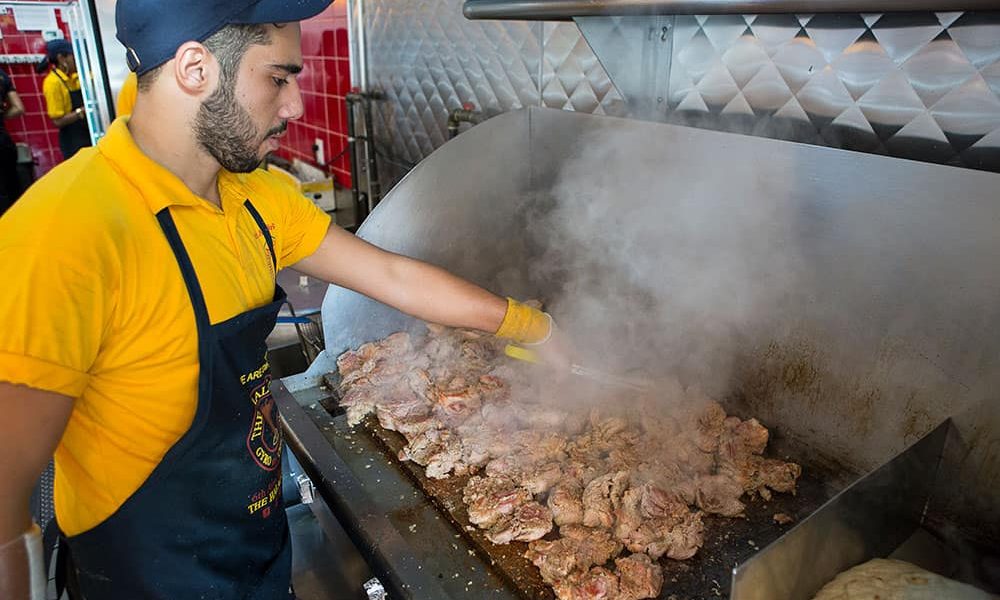 Restaurant Business and Technomic’s annual Future 50 report highlights 50 restaurant chains that are on a rapid growth path and are on the brink of breaking out on a broader scale. The Halal Guys’ rapid national and international growth has placed the brand at the top of the Future 50 list this year.

The Halal Guys first opened its food cart on 53rd and 6th Avenue in New York City in 1990 after noticing the huge demand for Halal food within the Muslim cab driver population. Since then, The Halal Guys has become a global brand, with more than 350 restaurants currently in development world-wide.

Restaurant Business’s Future 50 List evaluates restaurants’ annual percent of growth in sales and store openings. Over the past year, The Halal Guys opened more than 30 units and recorded more than 700% increase in sales growth.

“We are proud of the tremendous growth we’ve seen and honored to be recognized on this year’s Restaurant Business Future 50 list,” said Andrew Eck, Director of Marketing for The Halal Guys. “We strive to maintain our commitment to serving authentic Halal food while remaining true to our roots as a New York City food cart, and delivering the authentic and consistent dining experience our fans love us for.”

About The Halal Guys

The Halal Guys grew from its humble beginnings as a food cart on the streets of New York City to a global icon known as the largest American Halal street food concept in the world. The food cart was first parked on the corner of 53rd and 6th Avenue in 1990 by three like-minded men from Egypt who came to America in search of a better life. When the founders noticed many Muslim cab drivers in New York City were looking for a place to buy Halal food in Manhattan, they created their first food cart that quickly grew into a leading destination for American Halal fare. In 2013, The Halal Guys was ranked the most popular food truck reviewed on FourSquare and in 2014 was the third most reviewed restaurant on Yelp in the United States. In 2014, The Halal Guys began expanding its authentic Halal cuisine from the food cart into restaurants and now operates 49 locations within the United States, Canada, Indonesia, South Korea and the Philippines. For more information, visit www.thehalalguys.com or connect on Facebook, Instagram and Twitter.