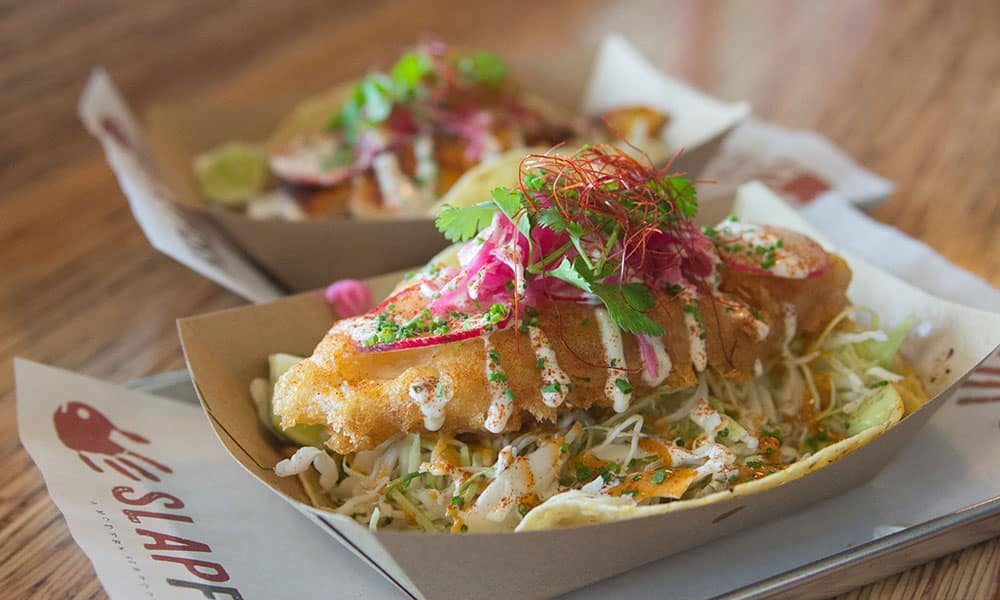 The popular fast-casual seafood restaurant is making a splash overseas, opening the first of 25 locations in the UK as part of an exclusive multi-unit franchise deal

Franchising.com // LONDON – Slapfish, the largest and fastest growing fast-casual seafood restaurant in America, has officially opened its first international franchise location in the United Kingdom, with plans to open 25 more units across the nation by 2025. Located at 11 Kentish Town Road in London’s Camden district, the 800 square-foot Slapfish location is the latest addition to the concept’s booming portfolio of 25 U.S. locations across 11 states.

“After seeing other franchisees’ continued success in the United States and hearing rave reviews from customers, we knew the timing was right to bring Slapfish across the pond,” said Slapfish franchisee Aly Esmail. “U.K. customers are looking for high-quality and sustainable fast-casual options, and we are excited to introduce them to Slapfish’s flavorful, unique brand of seafood.”

Founded by celebrity chef Andrew Gruel in 2011, Slapfish started as a food truck in California offering boat-to-plate cuisine. Since that time, it has grown to 25 brick-and-mortar locations in the United States with more than 150 locations currently under development globally. Featuring a fresh attitude, simple flavors and a healthy smack of gourmet, Slapfish has made sustainable seafood approachable and affordable. Signature menu items available at the new London location include lobster taquitos, shrimp ceviche, the ‘Clobster’ grilled cheese and house-made, original dipping sauces. The fast-growing brand was featured in Food & Wine Magazine as one of the “7 Most Eco-Minded Restaurants,” named one of the “Best Restaurants for Lobster in Orange County” and has also been featured on the Food Network, PBS and The Today Show.

According to the Food and Agriculture Organization of the United Nations (FAO), global seafood consumption has steadily increased over the past five decades as consumers become more educated on the nutritional value of a seafood-rich diet. By 2030, seafood consumption is projected to increase by another 20 percent worldwide. Slapfish is designed with the flexibility and scalability to meet this rising demand for fresh, easily accessible seafood, and is able to operate from a wide range of real estate footprints – from a food truck or kiosk to a 2,000 square-foot restaurant space.

Slapfish has partnered with Fransmart, the industry leading franchise development company behind the explosive growth of brands like Five Guys Burgers and Fries, The Halal Guys and Qdoba Mexican Grill, as the concept’s exclusive franchise development partner to grow the brand in major U.S. and international markets.

Slapfish was established in 2011 by Chef Andrew Gruel as a food truck in California, focused on serving fresh, honest seafood. The concept has since become the fastest growing fast-casual seafood restaurant in North America, with over 20 brick-and-mortar locations and more than 150 in development. Known for its emphasis on sustainability and conservation, Slapfish is on a mission to, “make seafood sexy again,” at an affordable price. The brand has been featured on Food Network, PBS and Food & Wine, just to name a few. For more information about Slapfish, visit slapfishrestaurant.com.