Savannah restaurant to be featured on Cooking Channel show 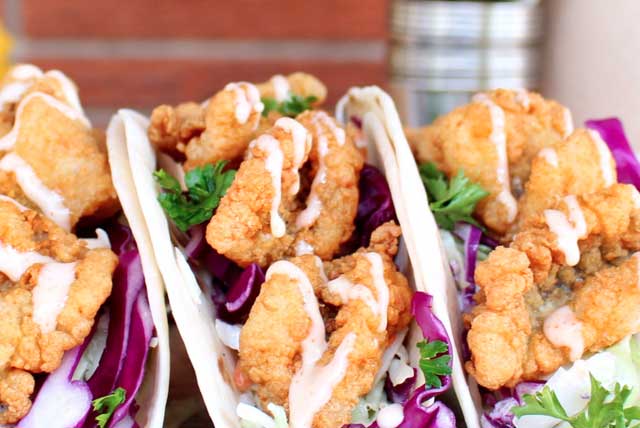 Savannah is once again showcasing its best seafood finds.

The Seafood Shack will be featured on the Cooking Channel’s latest episode of “Cheap Eats,” which airs Wednesday.

The show features host Ali Khan armed with $35 to find a yummy and affordable breakfast, lunch, dinner and snack in less than 12 hours.

In the episode titled “Sweet Deals Down South,” the host and author of “Bang for Burger Buck” takes a stab at the Hostess City’s classic cuisine, including a Southern haystack piled high with cheesy grits, a juicy and spicy Fire in the Hole burger and a sweet red velvet whoopie pie.

He ends his food journey with a stop at the Savannah Seafood Shack.

“He dives in for a taste of the sea with a Lowcountry boil that might be one of his best dinner deals yet,” according to the Cooking Channel website.

And Savannah Seafood Shack co-owner Christine Cutlip says that’s exactly the concept that the restaurant was built on.

“Our main focus is to provide delicious seafood at affordable prices,” she said. “We don’t want the  Savannah Seafood Shack to be a ‘special occasion’ restaurant. And that tends to be what a lot of the Savannah seafood restaurants are — especially in the downtown area.”

And the restaurant offers some unique menu items.

“We’re known for our Lowcountry Boil,” she said. “We only do fried or boiled seafood. Our Lowcountry boil is unique. Typically a Lowcountry boil is a big shareable meal, but we’ve made it as a single portion. And we serve it in a more casual fashion. We also have seafood cones. We’re the only one’s here doing it. We make a homemade waffle cone stuffed with a homemade slaw and then overstuffed with your choice of fried seafood.”

The restaurant is celebrating its second year of business, but Savannah’s Seafood Shack is no stranger to culinary fame. The restaurant was also featured on Travel Channel’s Food Paradise and Bizarre Foods.

“We are such a small mom-and-pop place,” she said. “We feel so fortunate and honored. . . My family has been in the fresh seafood market business for over 25 years. So to be able to provide more wholesale prices in a restaurant environment has been great. We have counter service.