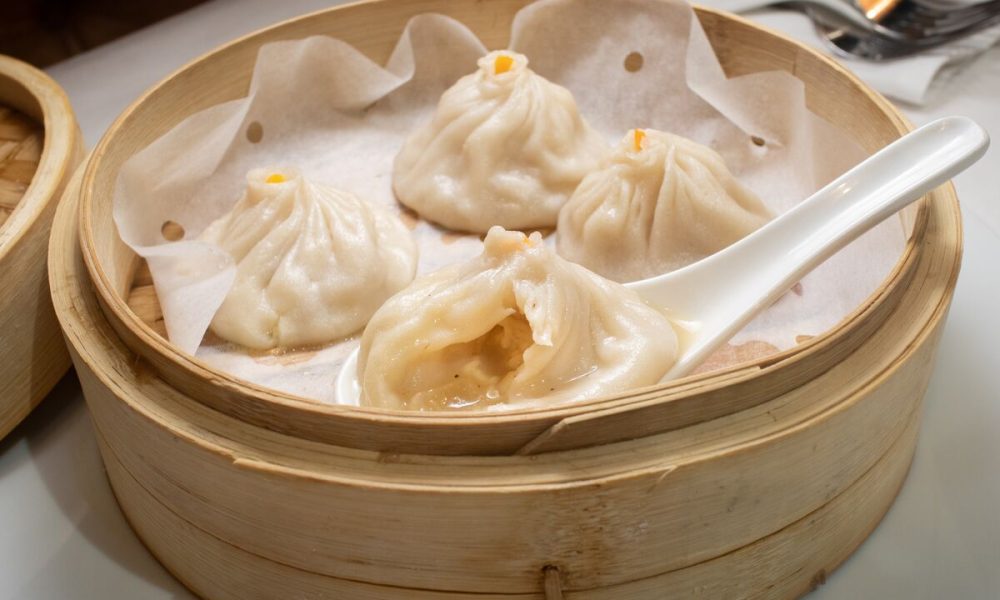 Automats may be poised to make a big comeback during the pandemic. Stratis Morfogen, owner of yet-to-open, touch-free automat Brooklyn Dumpling Shop in the East Village, already has far-reaching expansion plans in the works. The Wall Street Journal reports that Morfogen inked a deal with franchise-development company Fransmart to sell 500 automat franchises in North America over the next 10 years. The financial terms of the investment deal were not disclosed.

According to the report, Jersey City will also be getting an automat by the end of the year. Automat Kitchen, from owner Joe Scutellaro, will sell comfort food staples like pastrami sandwiches and chicken-and-dumpling pot pies.

The news signals what may be a larger comeback for automats in NYC and elsewhere as restaurants struggle to adapt to selling food during a pandemic. Automats are generally outfitted to sell food to customers without any human interaction, similar to a vending machine. They previously gained popularity after the Spanish Flu pandemic ended in the early 1900s, according to the Wall Street Journal, but largely fell out of favor in subsequent decades, while quick-service chains like McDonald’s and Wendy’s multiplied across the country. Now, owners are betting that customers may be more open to an automat’s style of service amid the COVID-19 pandemic.