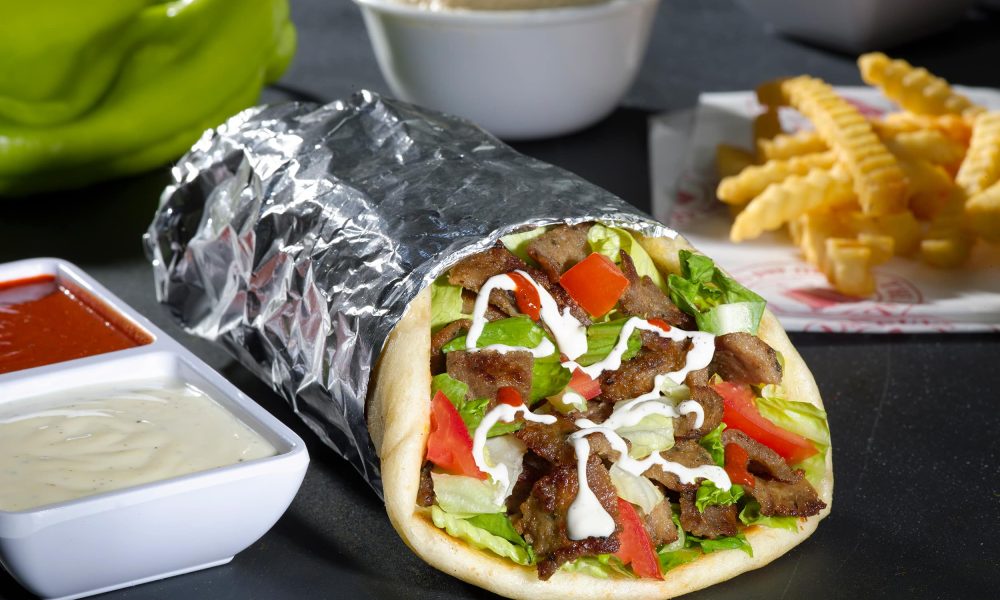 “The economy in Columbus was on the upswing prior to Covid-19, but it was the people and sense of community that really got us interested in bringing The Halal Guys to the area,” the franchise group said in a release. “This is a diverse city full of strong, resilientand welcoming people, and we wanted to be a part of that.”

The Halal Guys menu is built around sandwiches such as the gyro or chicken and combination platters, all made with halal meat and sides including hummus, baba ganouj, falafel and baklava. It has a signature white sauce.

The chain started in 1990 when a trio of hot dog cart vendors shifted their work to halal sandwiches and platters to meet the demand of New York’s Muslim taxi drivers for halal foods, which are

prepared according to Islamic dietary law. Halal is an Arabic word meaning lawful or permitted.

The company began to expand in 2014 and has grown to 85locations worldwide. It is working with Virginia-based Fransmart to help drive its expansion into new markets.

“We could not be more excited to join the Columbus community and welcome Central Ohioans to our diverse fan base,” AndrewEck, marketing director for Halal Guys, said in the release. “I highly recommend testing your spice tolerance with our fan-favorite hot sauce!”

Columbus seems to be a hot expansion market right now. In addition to The Halal Guys’ plans, several fast food chains including Bojangles, Taco John’s and Del Taco are planning or have opened new locations in the market. IHOP could bring its fast-casual concept Flip’d here as well.