McDonald’s Plant-Based Burger Could Add $200M to Beyond Meat Sales. 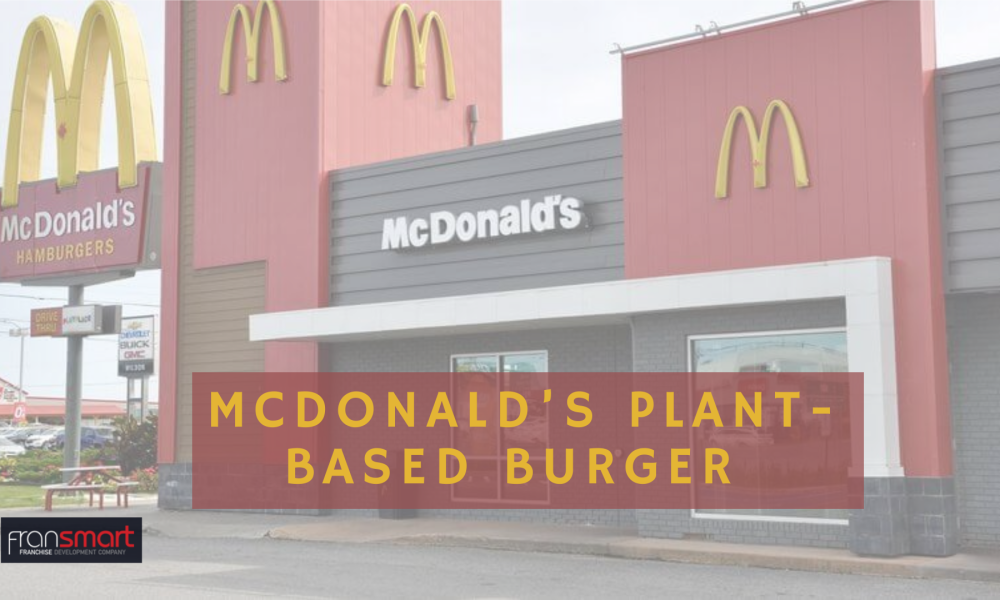 According to BTIG, a global financial services firm, the nationwide rollout of McDonald’s vegetarian menu would mean big sales for Beyond Meat and other makers of plant-based burgers.

As per Rupesh Parikh, a New York-based Oppenheimer analyst, the plant-tomato-and-lettuce-based dish nearly added an estimated amount of $200 million to Beyond Meat.

This forecast is supported by the fact that McDonald’s sells approximately 25 plant-based sandwiches daily per location. It’s also the same case for Burger King’s 20 Impossible Whoppers sale per day on each branch.

What the Analyst Says

Peter Saleh, the analyst at BTIG, says that the probability of a countrywide rollout in the succeeding years for more than 13,000 stores is inevitably high.

This analyst also noted that it would be “remarkably significant” to know if McDonald’s will use the logo and name of Beyond Meat as part of the promotion, which will be the key to strengthening the boost for the said plant-based company.

In his note, Saleh also exclaimed that they were expecting Beyond Meat to incline on their balance sheet, intelligently investing in advertising to promote the McPlant and guarantee a healthy trial.

Sales estimates for Beyond Meat in 2022 would either be conservative or achievable, presuming that McPlant will finally be launched nationwide in 2022.

What’s in the Burger?

McPlant patty is reportedly made of rice, potatoes and peas, served with lettuce, onions, ketchup, tomato, pickles, mayonnaise, mustard, and a slice of American cheese on a sesame seed bun.

This lineup was introduced last fall 2020, and a few months after, Beyond Meat was chosen as the supplier. This product was already promoted in several overseas markets, including the Netherlands, Sweden, Austria, Denmark, and most recently, in the U.K.

McDonald’s also added that domestic product testing would be held in November. Reportedly, this will be done live in eight restaurants. The burger chain also implied that those restaurants would help them understand better how presenting plant-based dishes can affect kitchens.

Because patties must be prepared on the same grill, Saleh doesn’t anticipate various obstacles in operations. In addition, he also remarked how McDonald’s has already been testing the product on a facility located at Romeoville, Illinois, for two different serving layouts – in-store and drive-thru.

McDonald’s Impact on Other Food Chains

With the burger giant’s promotion of plant-based burgers, it is believed that 2022 will be a pivotal year for “vegan” meat in the fast-food section. Various brands would start promoting their products or probably increase their promotions to make a stance and differentiate themselves.

Starting from McDonald’s promotion, people will become more aware that sooner or later, plant-based products will dominate over animal-based effects in the succeeding years.

Beyond Meat has become one of the world’s largest protein brands since 2019, and if it seems that their patties, chicken, and sausages are everywhere, that’s because they are!

Aside from McDonald’s, this company also has a deal with Golden Krust, a Jamaican patty company, and KFC, which is well-known in China and the U.S.

This company already has reported net revenue of about $407M in 2020 alone, a year after its launch. Its announced partnership with McDonald’s would surely bring the company to new heights – conquering other competitors in the industry.

While it is true that other companies might start working on the improvement of mouthfeel, flavour profiles, and texture of plant-based products, Beyond Meat has already by far outranked every company with its old partners and new ventures.