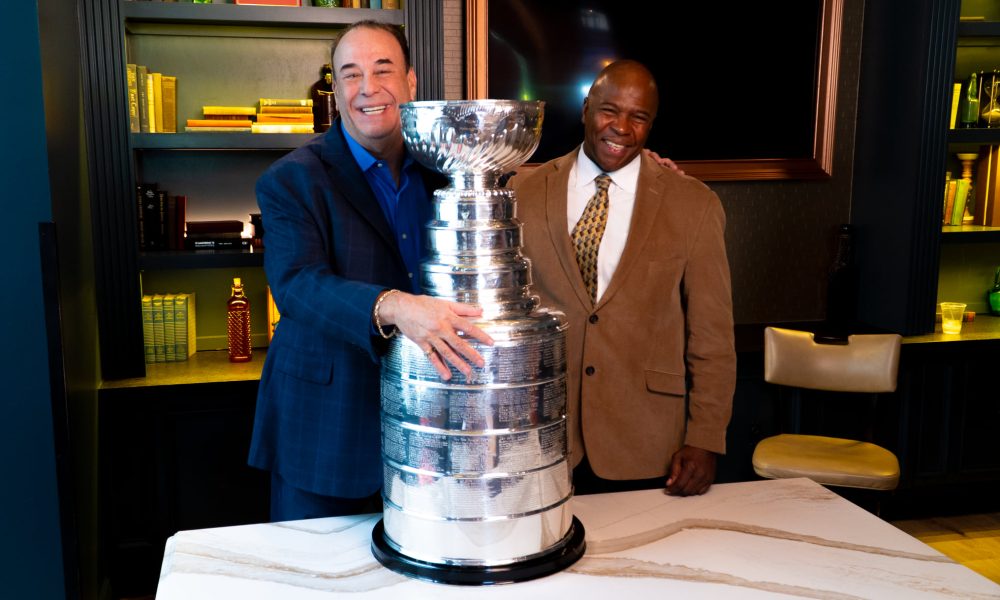 In the last seven months, the city of Atlanta has seen the Atlanta Braves win the World Series and the Georgia Bulldogs football team win the national championship. And while Atlanta doesn’t have an NHL team, the Stanley Cup trophy made its way through the city last week. Fans had the opportunity to get their picture with the famous trophy at Taffer’s Tavern located in Alpharetta, Georgia which is in the metro Atlanta area. PopCulture.com attended the event and spoke to the founder of Taffer’s Tavern and Bar Rescue star Jon Taffer who revealed how he got the Stanley Cup trophy to come to a city that has been without a hockey team since 2011.

“Well, I’m a die-hard hockey fan,” Taffer exclusively told PopCulture. “And I’m really close to the NHL. So they called me and said, ‘Jon, can we bring the Cup over?’ So it’s an amazing experience when you think 129 years, all the champions that skated with it and held it and its history. There’s nothing like it in professional sports that when you touch it, you almost feel that history. It’s amazing.”

Taffer, who resides in Las Vegas, also talked about the experience of supporting the Las Vegas Golden Knights, a team that nearly won the Stanley Cup in its inaugural season (2017-2018). “Well, it’s lit up our city,” Taffer said. “I mean, I never thought Las Vegas in the desert would become a hockey town, but we are a big hockey town. We love our Knights. Every game is sold out. The energy, I think we’re the loudest arena in the country.”

As for Taffer’s Tavern, Taffer, 67, launched the restaurant in 2020 and features signature cocktails, elevated tavern food, a streamlined hoodless/ventless restaurant format with small footprint and the latest advances in food preparation technology. Taffer said they will open another Taffer’s Tavern in Washington D.C. in six weeks and then in Boston in eight weeks.

While Taffer is opening new restaurants, he continues to work on Bar Rescue which airs on the Paramount Network. The show is in the middle of its eighth season and has no plans of slowing down. “It’s funny when you’re in the television business, you’re not ever sure there’s going to be a next season,” Taffer said. “But Bar Rescue has been running so long and it’s been so popular that I know there will be.”