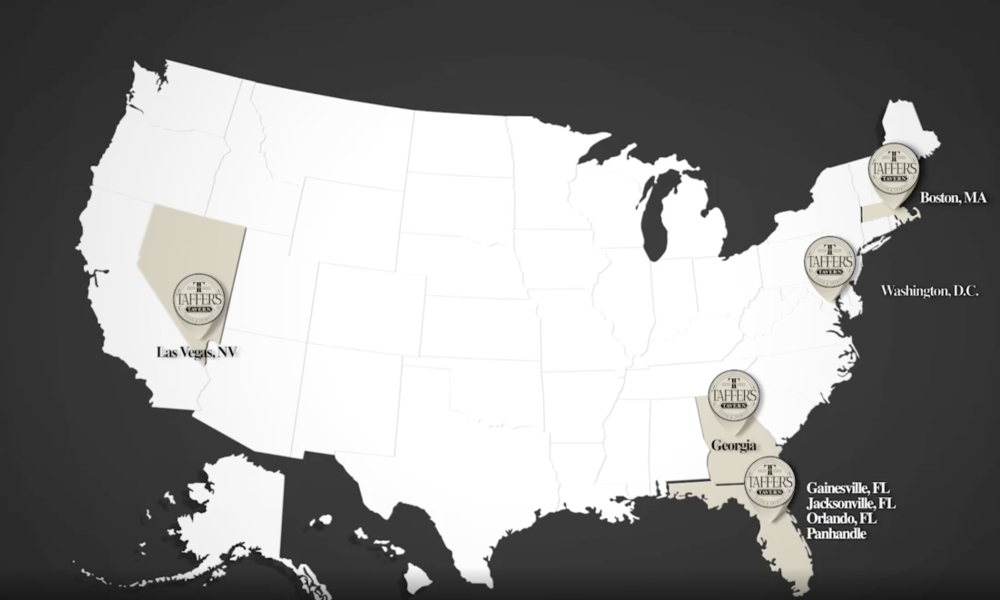 Taffer, known for his angry rants with failing bar owners, has signed a multi-unit franchise agreement to bring 10 Taffer’s Tavern locations to Florida and Georgia.

The locations will include North and Central Florida, with an initial focus on the Orlando metro area, Gainesville, Jacksonville and Panhandle regions, according to a press release from franchise developer Fransmart.

The exact locations and timing of when they will open in the Panhandle have not been decided, but franchisee Nilesh Patel is looking for sites, according to an email from the public relations firm LargeMouth Communications, which is handling the announcement of the deal.

“Signing on to Taffer’s Tavern was an easy decision for me, as Jon has an excellent reputation,” said Patel. “I believe the Taffer’s Tavern brand has tremendous power to grow, especially at a time when consumers are eager to enjoy dining out again, so we wanted to commit early with a large territory. Plus, the restaurant, bar and kitchen designs and equipment are truly future-proof. When you add Jon’s name, it is like a cherry on top.”

“I’ve spent a lot of time in Florida, and I am genuinely excited for the good people of this fine state to get to know Taffer’s Tavern,” Taffer said. “Nil is a successful, high-volume restaurant and bar operator who understands the standards and high expectations required to be successful in this region, and we couldn’t be more pleased to have him as our partner.”

Taffer is seeking experienced franchisees to continue bringing the Taffer’s Tavern concept to the 50 largest media markets in North America.