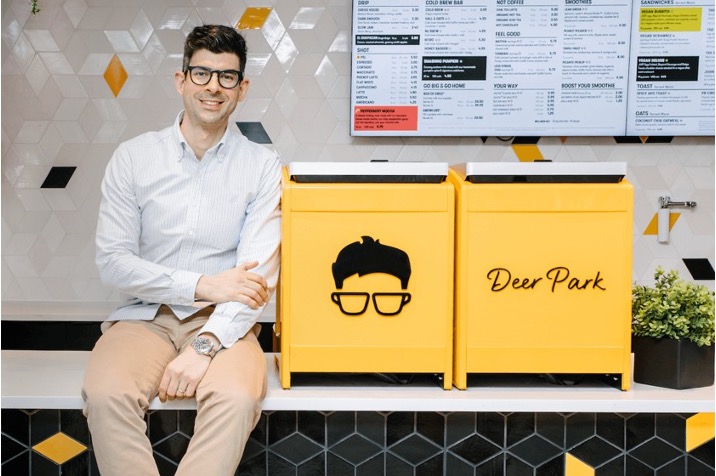 Starbucks Corp. (SBUX) has long dominated the world of coffee in the U.S., distantly followed by Dunkin’ Donuts Inc.

The coffee giant’s unrivaled reach, however, means there is still room for other meaningful competitors to emerge. With TSG Consumer Partners LLC-backed Dutch Bros. Inc.’s (BROS) September IPO bolstering the industry, a growing number of private equity and venture capital firms are looking to emulate the success and scale the next big concept.

“If you look at the size of the companies, there haven’t been a lot in between the mom-and-pop shops and Starbucks,” said Greg Golkin, co-founder and partner at the Kitchen Fund. “For the last 15 years, Starbucks has been the only name in the game.”

Financial sponsors, seeing the opportunity to fill this gap, are increasingly backing the sector with hopes of making three to five times return on their investments, experts say.

Omaha-based Blank Street Coffee raised $25 million in funding from General Catalyst Partners and Tiger Global Management LLC in October. TSG-backed Dutch Bros., which went public in a $484 million offering in September that valued it at over $5 billion, nabbed funding from the private equity firm in 2018 to add 500 new stores in five years.

Kitchen Fund, meanwhile, invested an undisclosed amount in Gregorys Coffee, the largest independent coffee chain in New York, in 2019, with plans to expand its presence into other states. The coffee chain, which had locations in New York and Washington, D.C., at the time of Kitchen Fund’s investment, has recently added locations in Long Island, N.Y.; New Jersey; and Connecticut.

“We’re seeing a lot of investment into the coffee space,” Aaron Allen of Aaron Allen & Associates said. “And they’re going for smaller and smaller ones because there are only so many that are at scale already.”

The coffee industry tends to have more loyal customers and better economics than food services of similar ilks, making it attractive from an investor perspective.

“It’s got a lot of ritual around it that you can study, and you can understand your guests,” Kitchen Fund’s Golkin said.

The unit economics are also better because coffee shops need fewer people to run a location, added Dan Rowe, partner at Kitchen Fund. While a dine-in restaurant may need eight people during peak hours, a coffee shop would need four employees, according to Rowe.

Many of the emerging coffee concepts are targeting specific communities with their brands, expanding drive thru and delivery infrastructure, offering more fresh food options and selling their products through retailers to be competitive.

Clovis, Calif.-based Kuppa Joy Coffee House LLC, for instance, is a Christian coffee shop. The six-unit coffee company founded and owned by former professional football player Zack Follett is looking to scale though development timelines and milestones that are still being finalized, according to Allen, who consults with the coffee house.

Gregorys too looks to be a gathering place for the communities it operate in and engages with local schools, chambers of commerce and nonprofits, according to founder Gregory Zamfotis. The company roasts coffee at its Long Island City, N.Y., facility and makes its food from scratch, dropping off the products at its locations throughout the week.

Gregorys also opened its first drive thru location in New Jersey earlier this year. It increased plant-based food options on its menu during the pandemic to reach more customers and has been investing in mobile payments, a loyalty app, order ahead and pickup and other technology. The company hopes to reach $100 million in revenue in the next two years.

“You’ve got to be fast, you’ve got to have great service, and your quality has to be good,” Zamfotis said.

Drive-thru-only coffee franchise Scooter’s Coffeehouse Inc., which is backed by McCarthy Capital Corp., went from 200 stores in 2018 to 400 locations as of April. McCarthy Capital invested an undisclosed sum in Scooter’s parent, Boundless Enterprises LLC, in March 2018 out of its $353 million sixth fund, which had a stated investment size of $10 million to $50 million, according to FactSet Research Systems Inc. Scooter’s later secured up to $20 million of debt capital from ApplePie Capital in September 2018 to help fund its U.S. expansion.

“The returns on coffee can be very good, and if you build a brand that’s meaningful to consumers, it’s a pretty natural place for growth investment,” Golkin said.