Indian fast-casual chain comes to Austin with curry and cocktails 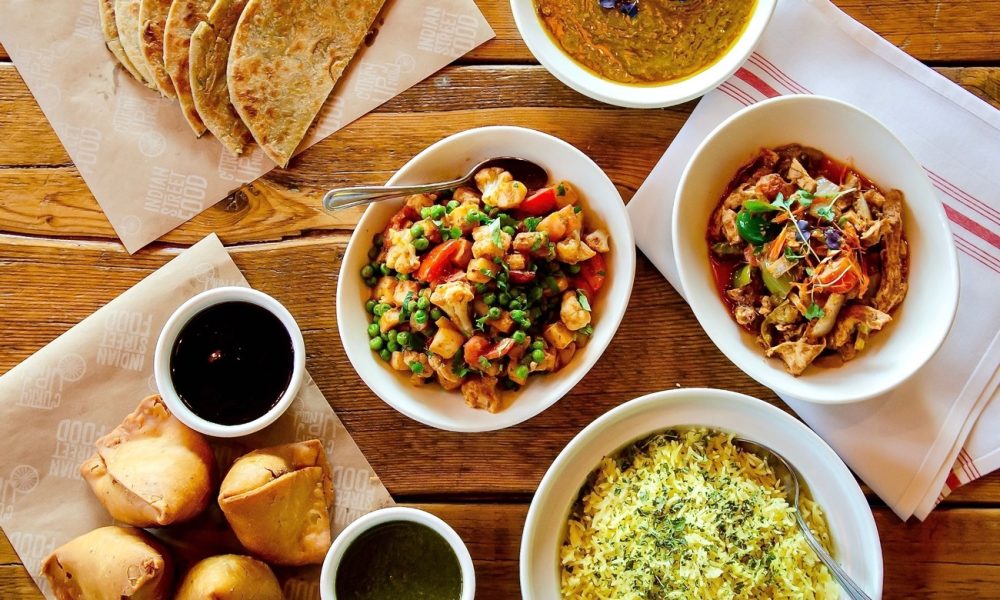 According to Eater, the address is 11501 Rock Rose Blvd., where it will take over the space vacated by Tarka Indian Kitchen, the similar Austin-based concept which had been in that location for five years.

Curry Up Now was founded in 2009 as a food truck by husband-and-wife Akash and Rana Kapoor. They’ve since expanded to three food trucks, plus 13 brick-and-mortar restaurants in Northern and Southern California, Utah, New Jersey, and Georgia.

The menu features burritos, bowls, tacos, poutine, and naan, with some of the dishes such as the poutine given bawdy names such as “Sexy Fries.” Items such as a tandoori fried chicken sandwich and fried cheese ravioli with tikka masala dip combine prototypical Indian flavors with trendy ingredients.

The menu accommodates vegetarian, vegan, gluten free, and Halal diets, and ingredients are sourced from local vendors whenever possible.

Mortar & Pestle specializes in Indian-inspired cocktails such as the Bangalore Old Fashioned with garam masala and Indian rum; syrups, sodas, and tonics are made in-house. It’s unusual to find cocktails at a fast-casual chain, and they’re doing them without mixologists or bar managers.

Bringing Curry Up Now to Texas are franchise partners Ankita Mehta, Kamlesh Modi, Ratnakar Mody, and Aryan Vig, who are opening their first location in Dallas, with three more in the works for 2021.

The release says they liked Domain Northside for its Rock Rose entertainment district, mix of global brands and Austin businesses, morning-to-night activity, on-site residences in The Standard, and its area for murals, since Curry Up Now favors a graffiti-style brand artwork.

“The fact that we could easily convert a former restaurant space at half the cost of a brand new build, in half the amount of time, made it even more appealing,” Mehta says.

They’re looking at opening ghost kitchens in Austin, as well.

CEO/founder Akash Kapoor says in a statement that he’s a big fan of Texas, and particularly Austin.

“I have a special affinity for Austin and have been eyeing this market for a while,” Kapoor says. “In fact, it is one of our most requested cities to open in.”