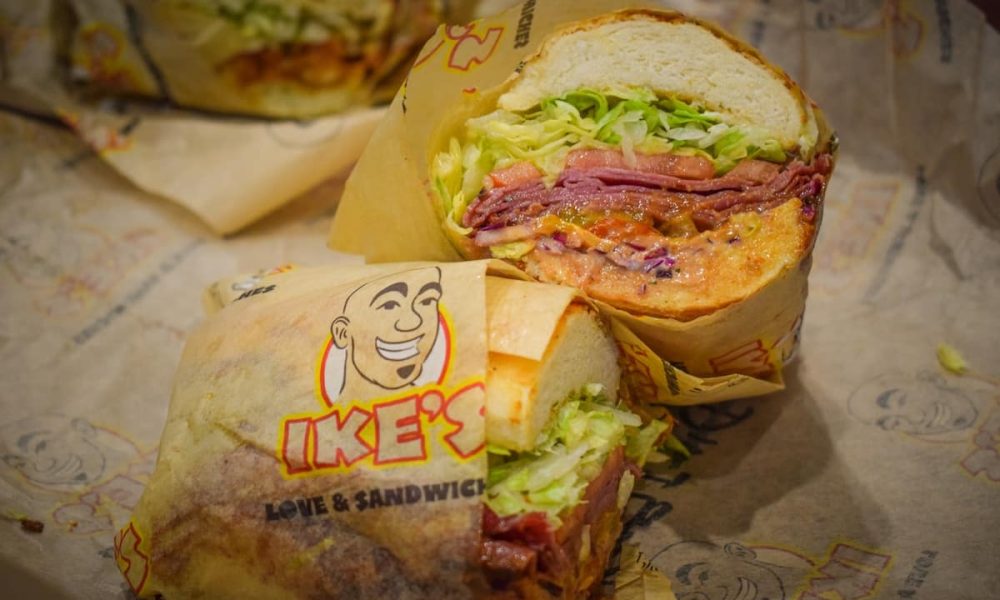 The opening is part of a major California expansion.

Ike’s Love & Sandwiches, the fast-growing iconic sandwich brand with over 80 units across the west, is ready for stardom with the Grand Opening of its first-ever Hollywood location this February.  The delicious destination is sandwiched between the iconic Hollywood Blvd and Sunset Blvd at 1517 Vine St., Unit 107, Los Angeles, CA 90028.

An all-day Grand Opening celebration is taking place on Wednesday, February 9 that guests won’t want to miss out on! The first 50 guests in line starting at 10 AM will receive a free sandwich and Ike’s Hollywood T-shirt. All-day long, guests can select their favorite sandwich for only $6 each (limit 2 per person).  Ike Shehadeh, Founder, and the face behind the cartoon brand will be onsite for a meet & greet and photos all day.

Ike’s Tinseltown outpost will be clad with a wall featuring multiple cartoon Ike’s dressed as iconic Hollywood characters. It will be the perfect Instagram moment after you grab your sandwich.

Ike’s Hollywood location is part of a major California expansion for the brand, which was born in San Francisco in 2007. In the last year, Ike’s Love & Sandwiches has opened in Culver City, El Segundo, Templeton, Carson, Costa Mesa and Del Mar, CA, with several new locations to open in the coming months.

Exploding onto the crowded San Francisco food scene as a small sandwich shop under the name “Ike’s Place”, Ike’s Love & Sandwiches has been transforming the sandwich segment for over a decade.  An original since day one, the brand has been defined by innovative offerings and iconic flavors.  Dutch Crunch bread with Ike’s Dirty Sauce is a duo unlike any other.

Every location comes with exclusive sandwich offerings that are eclectically named as a tribute to local celebrities and icons.  With endless original sandwiches on the menu, including vegan, vegetarian and gluten-free styles, there is a sandwich for every tastebud at Ike’s.  Ike’s has mouthwatering locations across California, Nevada, Arizona, Texas, and Colorado.