How to Find the Right Location for Your Franchise 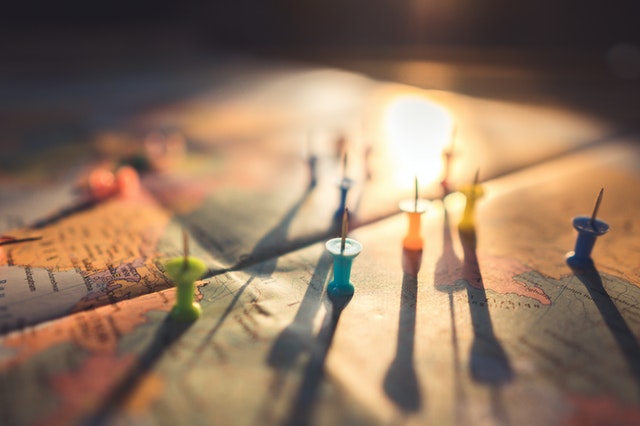 Traditional franchise sites are usually freestanding units, which means the structure the franchise is situated in is exclusively utilized for the company’s purposes. These establishments usually have their parking lots.

Non-traditional sites, sometimes known as satellite locations by some franchisors, aren’t usually the major attraction of the area they’re in. These franchise sites generally operate in a smaller space, such as a mall, retail store, strip mall, airport, university, hospital, gas station, etc. Kiosks and carts are examples of non-traditional settings.

After you’ve decided on the franchise, you’re going to open. The next step is to figure out location details and demographics. The right franchise site will help your franchise succeed in the long term.

The ultimate objective of a franchise, or any company endeavor for that matter, is to make money as quickly as feasible. And it would be best if you were visible to your target consumer to be lucrative.

However, visibility isn’t cheap when it comes to a site. A prominent location does not necessarily convert into profitability if the other aspects of franchise ownership are not correctly matched.

For example, a prominent franchise unit might generate a large volume of sales. However, if the lease (and other overhead expenditures) exceed the revenue generated by the franchise, the franchise will fail. In contrast, a franchise unit with reduced visibility may not conduct as much business as the other site. Still, with lower leasing expenses, it may be able to make a more significant profit than its more prominent competitor.

So, where do you start looking for a suitable location?

To begin, draw on your local expertise. You most likely know a lot more than you believe. Consider the location you’re considering for your possible franchise location. On an average workday, how much traffic passes? What about on the weekends? Is it close to a prospective client base, such as an office park or a hospital? Are the companies in the area competitive or complementary? Have you ever gone shopping in that neighborhood? Is it simple or difficult to enter and exit?

Also, talk to commercial real estate brokers in your area. It is their responsibility to be aware of vacancy patterns and the overall business landscape in their area. Working with a real estate agent also offers you access to the contacts they’ve developed over time.

But, above all, don’t overlook the franchisor. Many franchisors offer assistance to new franchisees regarding location selection and, in some instances, lease negotiations. This assistance may be pretty beneficial in locating an ideal location. Furthermore, before signing the franchise agreement, most franchisors retain the option to accept the site franchisees pick, so you’ll know whether you’re on the correct road.

Frequently, franchisors use specialist software to aid them in estimating the future performance of franchise units concerning their unique idea in their site planning studies.

For example, tools from sites like SitesUSA and SiteZeus enable franchisors to delve further into an area’s demographics, even mapping rivals or businesses that may compliment a franchise. Other applications allow for creating “heat maps” based on a set of criteria that have been proven to be associated with frequent franchisee engagement. These heat maps may then be used to assist franchisors and prospective franchisees in locating potential market regions.