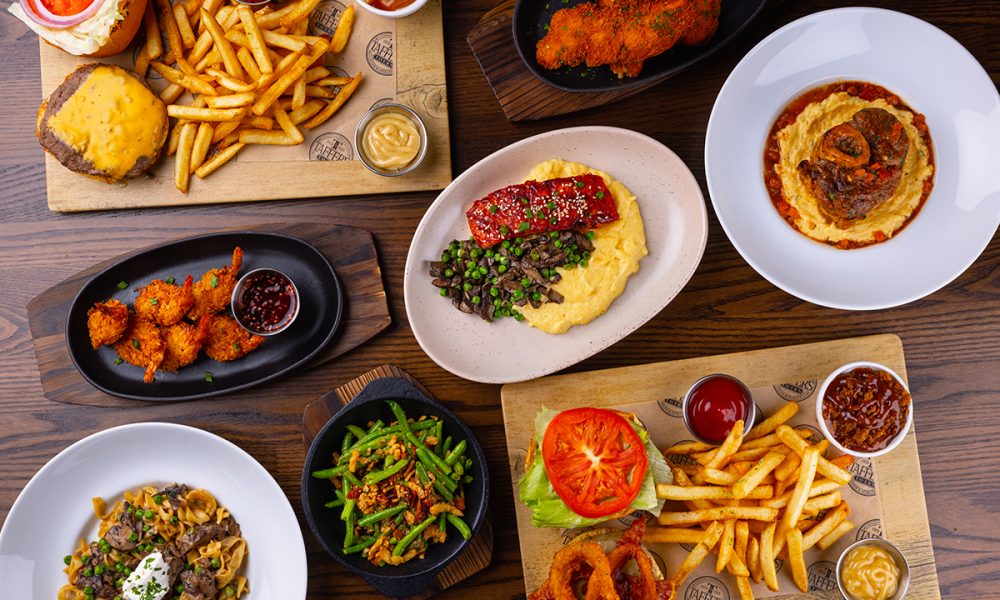 America’s quick-serve chains are stampeding into prime real estate locations and innovating on the fly to accommodate new demand for how, when and where people can get a meal. Landlords are counting their lucky stars.

Dan Rowe is working a deal for Taffer’s Tavern in the Washington, D.C., metro area that would have been unthinkable for the average restaurant before the novel coronavirus pandemic: Free rent for a year and a tenant-improvement allowance worth hundreds of thousands of dollars.

“A year ago, you couldn’t get deals like that, and a year from now, you might not be able to,” said Rowe, CEO of Fransmart, a franchise development company based in Northern Virginia. “But there’s a little window right now.”

Restaurateurs have been battered by the novel coronavirus pandemic as state-ordered shutdowns and a consumer leeriness of indoor dining have triggered closures across a broad spectrum of concepts, from casual dining chains like Ruby Tuesday to local mom-and-pop shops. However, the general malaise affecting the dining industry — let alone the entire economy — also has created a once-in-a-generation real estate opportunity for restaurant operators best positioned for the times.

Specifically, vendors with tech-forward, limited-interaction concepts are in an unprecedented position to gobble up prime space that was previously unavailable or out of reach financially.

As of Dec. 1, 110,000 bars and restaurants had closed temporarily or permanently as a result of the pandemic, according to the National Restaurant Association. National and regional chains are moving quickly to make deals for their vacated real estate; local operators that had been eyeing spinoff concepts or additional locations are now able to expand, commercial real estate observers say. The spaces most in demand are those that are well suited for fast-casual and grab-and-go concepts, ranging from 1,200 to 2,000 square feet.

“A year ago, all the restaurant guys were complaining, ‘I can’t find a site,’ and now there’s a ton,” Rowe said. “There’s vacancy from guys who’ve literally thrown the keys back at the landlord. As sad as Covid is, there’s never been a better time to do it — if you’ve got fresh legs.”

Most of the restaurant operators capitalizing on the sector’s disruption had, in general, embraced technology well before the pandemic. Others pivoted quickly enough to offer online ordering, delivery and curbside pickup options as the virus spread.

Also of note: Many of those same operators are part of larger chains and holding companies with the resources to invest in cutting-edge payment and ordering apps that cater to loyal customers but are accessible to a broad community of new users.

To be sure, app-based ordering was catching on pre-Covid; look no further than Panera Bread, where shelves of brown-bagged online orders existed long before the norms of mask-wearing and social distancing. Jonathan Horowitz, a senior vice president at Colliers International in Houston, estimates the pandemic accelerated the use of online ordering technology in the restaurant industry by 10 to 15 years.

“We’d been talking about how it was the younger generation who wants speed and convenience, but now everybody has seen that, ‘Oh, I don’t have to go out — look how easy it is push a couple buttons, and it shows up at my door. This is awesome,’” Horowitz said. “It’s a tectonic shift in the industry, and it happened very, very quickly.”

At New York-based Shake Shack Inc., the company said investments in payment and ordering technologies helped grow its online customer base by 1.8 million new users since March, with 150,000 purchases made with its new curbside service over that same span. Shake Shack said 30% of those orders qualified as new customers. It plans to open up to 50 U.S. locations this year.

During a Jan. 19 investor conference hosted by Jefferies Group, Shake Shack CEO Randy Garutti spoke of a recent visit to a new location sandwiched between a Panera and Chipotle Mexican Grill in Nanuet, New York. He said the site was a vision of what’s to come.

“I just looked at that Shack and I said, with curbside to go being added, with digital app(s) performing … and a fantastic patio outside and experience if you want to stay, I said to myself like, gosh, this is what we’re talking about here.”

Rowe, the franchising developer at Fransmart, said one of the company’s latest projects involves Brooklyn Dumpling Shop, a “zero human interaction” concept offering 32 flavors of dumplings ranging from hot Italian salami to crispy sea bass, black bean and garlic. Customers can only order online or through self-serve touchscreens at a dumpling shop.

The momentum continues to build among no-frills, quick-serve operators seeking footprints in major U.S. cities and downtowns, unlike the spring crush at grocery stores that died down as the nation settled into its response to the pandemic, Rowe said.

“At the core of it is that people want to feel safe and smart,” he said of online ordering, “and it’s easy to do that behind an iPhone.”

THE PRICE IS RIGHT

The availability of space — and bargain-basement deals — varies greatly among metro markets. Much depends on the local response and restrictions concerning the pandemic.

For example, Brooklyn Dumpling Shop snagged spaces in New York City where annual rents were around $300,000 pre-Covid; today the restaurateur is paying $100,000. In Texas, where there are far fewer Covid-19 restrictions, and Florida, where there are none at all, steep discounts aren’t quite as plentiful, said CBRE’s Horowitz.

Horowitz and others said word is spreading of well-capitalized restaurant chains targeting independent restaurateurs looking to shed prime real estate. He said many deals are done without even a listing.

And it’s not just the big national chains that are on the move. Dave Burton, an adviser with Tomlin Commercial Real Estate Services in Tampa, Florida, represents Canopy Road Cafe, a chain of breakfast and brunch restaurants that’s looking to expand. In South Tampa, an affluent area with few retail vacancies, Burton was able to snag a space for Canopy Road when he learned another restaurant was going out of business.

“They’re approaching restaurateurs and saying, if you’re struggling and want to get out, we’ll pay you the value of your [furniture, fixtures and equipment] and take over lease negotiations with your landlord,” Burton said. “We’re starting to see some of that, which is definitely very new for all of us.”

The pandemic has created openings beyond real estate for entrepreneurial restaurateurs, Rowe says. It’s easier to generate buzz around a new concept than it was two years, when new restaurants were flooding into most major metro areas.

“At a high level, everybody wakes up hungry,” Rowe said. “There’s fortunes to be made in the business right now, but you gotta have the stomach for it.”