Fast-casual spinoffs that are here to stay – Brooklyn Dumpling Shop 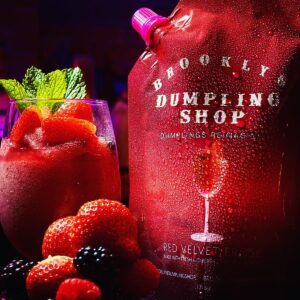 Full-service operators find their pandemic-spawned pivots are working as brands that will continue into recovery.
If restaurant operators have learned anything in this last year of lockdowns, it’s the need to be nimble. While many large restaurants chains have found success during the pandemic because they were able to quickly shift their brands to fast-casual or virtual models, that approach has been trickier for full-service independent operators who tend to have less robust resources than their larger counterparts.
Many see the shift as temporary while COVID restrictions are in place. Yet, some savvy, full-service independent operators have found a way to compete by creating new variations or brands from their original menus that have the potential to live on as fast-casual concepts.
Differentiating with dumplings

In the works well before the crisis kicked-off, the Shop’s menu was built around signature items from Brooklyn Chop House, Morfogen’s full-service restaurant known for dry-aged steaks and inventive dumplings.

“Brooklyn Chop House had a thriving business before the pandemic, then it didn’t,” said Morfogen. “We’re very positive about the future, but the last year was tough.”

Going forward, Morfogen plans to open another 15 locations in the tristate area, and, heading into 2022, plans to have another 100 under construction that will be franchises. Over the next four years, with the help of Fransmart, Morfogen is shooting to open a total of 500 franchised stores globally.