Newest Restaurant From Fabio Viviani Is All About Dessert 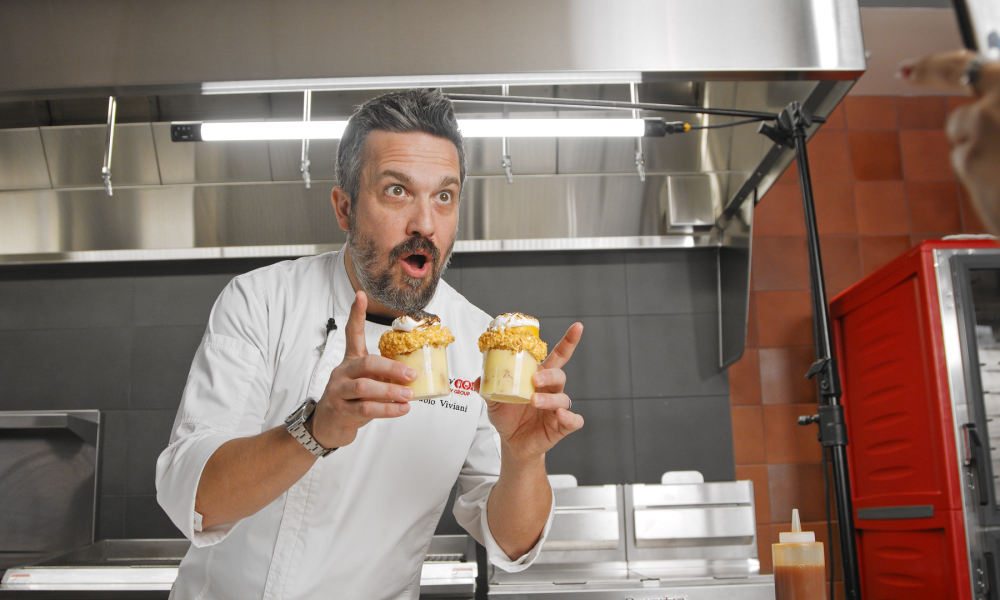 According to “Top Chef” winner Stephanie Izard, the show’s “dessert challenges are always dreaded as most chefs in the competition do not specialize in this area” (via Bravo TV). This can lead to daunting tasks and disastrous outcomes. In one instance, the chefs had less than 16 hours to provide food for a wedding reception. In a separate challenge, they made cakes for a quinceanera, one of which was “listing to the side and covered in a funeral arrangement’s worth of flowers,” according to the Washington Post. But while desserts have stressed chefs out in competition, fan-favorite Fabio Viviani has gone onto embrace them.

Viviani won viewers over with his charm. His sweet talk, while entertaining, couldn’t save him, as he did not win the “Top Chef” title during Season 5 or Season 8. But he has had a lot of success outside of the show has taken on dessert challenges of his own. The “Italian stallion” has a few dozen restaurants and bars to his name (via Viviani’s official website). Although he is a predominantly savory chef, the bomboloni (holeless Italian donut) on the dessert menu at his modern Italian concept, Siena Tavern in Chicago, became so popular that he partnered with DineAmic Hospitality to open Bombobar: a concept entirely dedicated to the dessert. The walk-up window in the Fulton Market neighborhood opened in 2015, and now that Viviani has experience running a sweet concept, he is getting ready to open another one this year.

Although Fabio Viviani is known for his Italian cooking, he has a diverse portfolio of ventures in his hospitality empire, including casinos and hotels. Since the “Top Chef” alum has experience opening and managing a variety of businesses, he has learned to fine-tune each concept and adjust to the current state of the industry. With his new fast-casual dessert concept, Jars, he is addressing the current hospitality worker shortage directly by utilizing automation to reduce labor and staff training (per Fast Casual.com). Many of the dessert components will arrive at the franchise ready to assemble, so there is no cooking experience required and zero waste, resulting in higher margins (via Fransmart). The sustainability doesn’t stop there, because the desserts will be presented in reusable jars, which make for an Insta-worthy presentation that could help this new business go viral. 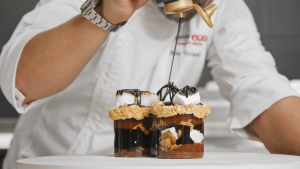 Viviani told Franchise Times that he aims to capture everyone’s favorite dessert in a jar with flavors from around the world, from tiramisu to peach cobbler. Over the course of a year, the concept will offer more than 100 different desserts, which customers can order from an app to enjoy in-store, takeout, or delivery. “The restaurant business in 2022 has become so much more than make good food,” Viviani told Franchise Times. “You have to be so much more. We provide all that in a pretty bow.”