Dunkin’ Franchisees Expand Their Portfolio With Curry Up Now 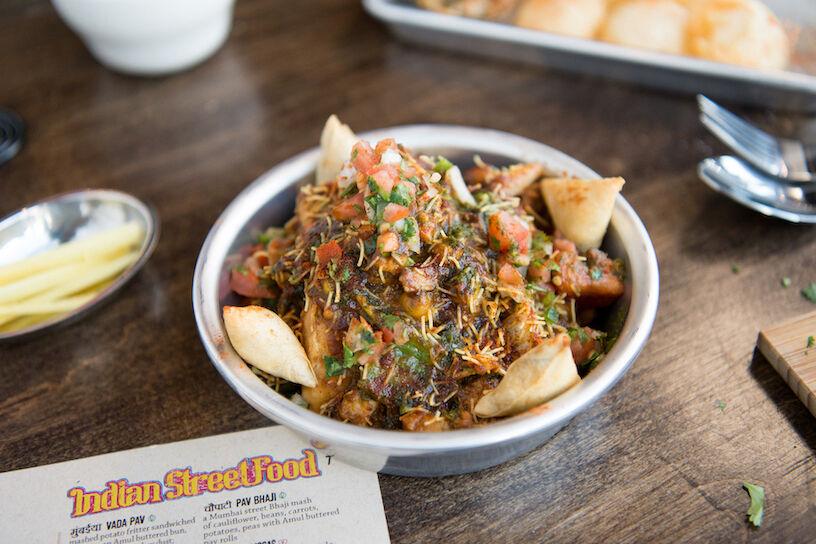 North Carolina’s Research Triangle region “is going to become an East Coast tech hub,” said Pathik Patel, and he believes Curry Up Now’s lively vibe and fast-casual Indian street food will appeal to the influx of young professionals quickly taking up residence in the Raleigh/Durham metro.

“We want to replicate the success in what’s becoming similar to the West Coast demographic,” said Patel, who thinks Curry Up Now’s growth in California cities such as Palo Alto and San Francisco means similar types of consumers in his market will gravitate toward the concept. Google, Apple and Amazon have all announced major expansion plans in the area, he added, making now an ideal time to bring a new restaurant brand to the region.

Patel, who with brother Viral and cousins Amit and Alpesh Patel form VAAP Management, signed a five-unit development agreement and are already evaluating sites in Durham and Morrisville for their first Curry Up Now. The group also operates 10 Dunkin’ stores, including three dual-branded with Baskin-Robbins, and has hotel properties and conveniences stores as part of their portfolio.

Curry Up Now, said Patel, “breaks all the stereotypes of Indian restaurants,” which he described as often being dark and outdated, with inconsistent food quality. The concept launched by Akash and Rana Kapoor in 2009, by contrast, is a “refreshing, welcoming place to hang out,” with an adventurous yet approachable menu and, for franchisees, a replicable model. The tikka masala burrito is a top seller, and other items such as the Deconstructed Samosa—an inside-out plate of chana masala, pico and chutneys studded with mini samosas—Sexy Fries and Naughty Naan illustrate the brand’s playful take on Indian food.

The brand can maintain quality control because 90 percent of the food is produced in its central kitchens and shipped to each restaurant, where kitchen workers handle the final prep of proteins, vegetables and rice. “You don’t need a special culinary background,” said Patel, which makes hiring a less daunting task. “You can train anybody … but at the same time, it’s delicious food.”

Being a Dunkin’ franchisee, Patel said he sought a concept that could achieve similar consistency with its products and the experience, and one that wasn’t expanding faster than corporate team could support. Curry Up Now, with 16 open restaurants, is moving at a good pace, he said, one that “gives them time to get the infrastructure in place.”