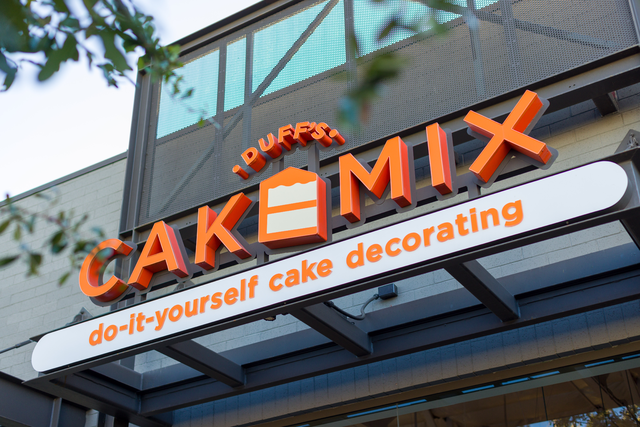 Duff’s CakeMix, the do-it-yourself cake decorating studio founded by Food Network star Duff Goldman, has announced expansion plans in North America, including new franchise development opportunities nationwide. Duff’s CakeMix has an extensive amount of franchise leads pouring in and is ready to bring the brand to the next level. The concept’s first location was opened in West Hollywood, CA on Melrose in 2012.

“The Duff’s CakeMix brand has had unbelievable response in the franchise space. Our company consists of a unique franchise that specializes in creativity and design of our cake line. The franchise model does not have any direct competitors,” says Pamela Fazio, newly minted CEO of Duff’s CakeMix.

The projected goals of Duff’s CakeMix is to have 50 sold franchises by the end 2022. In addition to expanding to 250 units in North America in the next four years.

Ms. Fazio started in August 2021 with Duff’s CakeMix and prior to that was the President and CEO of Beard Papa’s. Before that she owned her own company Fazio Restaurant Group, based in Scottsdale, Arizona. Prior to the Fazio Restaurant Group, Ms. Fazio’s experience has been in senior leadership roles with Papa Murphy’s International, J&A Food Service Inc., and Kahala Brands as a Brand President. Pamela specializes in creating all strategic systems to empower brands for rapid expansion.

Duff’s CakeMix was created to inspire their guests to create their own cake creations. The business has been featured in a variety of media including: The Today Show, Good Day LA, Forbes, LA Times, People Magazine, Pop Sugar, Bon Appetit, Keeping Up with The Kardashians, Real Housewives, and Jimmy Kimmel Live.

Franchise opportunities for Duff’s CakeMix are available across the country.