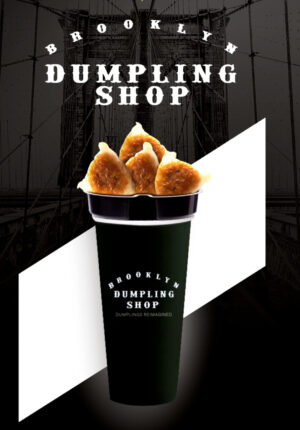 The privately-held fast food joint, often referred to as the In-N-Out Burger of the East Coast, was maniacal about the quality of its burgers and fries. Every burger was made to order. French fries were cut and soaked in water – the type of blanching seen at chef-driven restaurants, not fast-food joints.

“Five Guys was relentless about getting their burgers and fries right for every single customer no matter the circumstance. Relentless,” Rowe told Insider.

Rowe, the founder and CEO of franchise developing company Fransmart, eventually partnered with the company as it sought to grow coast-to-coast through franchising. The fast-food chain grew from four units to 300 under Rowe’s guidance.

That’s what Rowe does. He turns emerging restaurant brands into empires.

He seeks “the next big thing” in the restaurant space – an emerging restaurant concept that can be scaled through franchising. Over the years, he’s sold over 5,000 franchises worldwide. Besides Five Guys, he’s helped grow Qdoba Mexican Grill and New York food cart phenom, The Halal Guys.

Now, Rowe believes he’s found another concept that experienced franchisees will be scrambling to add to their portfolios: Brooklyn Dumpling Shop.

The fast-casual concept, developed by New York restaurateur Stratis Morfogen, is reviving the old automat business model with high-tech contactless features needed in a world where consumer behaviors have changed even in a post-vaccinated world. Instead of taking coins, Brooklyn’s automated lockers can be opened by using a mobile device. Each of the 24 lockers is temperature-controlled to keep hot items hot, and cool items cool.

The concept, which ranges in size from 500 square feet to 1,000 square feet, requires fewer employees and a smaller real estate footprint compared to a standard fast-food restaurant.

Those unit economics, similar to the profitable returns he saw in Five Guys, make the uber-convenient and touchless automat system ripe for franchising over the next few years in large cities and airports, Rowe said.

He plans to have 1,000 automats serving 32 different varieties of unconventional dumplings around the world by 2030.

“It’s the right concept at the right time,” Rowe said. “This is all about disruption.”

The food company was responsible for installing the first coin-operated vending machines in America during the turn of the century. Philadelphia and New York City were ground zero for the first machines.

“With their uniform recipes and centralized commissary system of supplying their restaurants, the Automats were America’s first major fast-food chain,” according to a 2001 Smithsonian Magazine article chronicling the history of automats.

But with the rise of fast-food chains that took credit cards for payment, automats eventually became extinct.

“What happened in the 70s is really technology failed the automat,” Morfogen said. “In the 20s to 60s, people could get a meal for 50 cents to $1. They could have about a couple of dollars of quarters in their pockets.”

Inflation in the 1970s made it difficult to pay for fast food meals with the change found in your pocket.

Still, with technology so sophisticated these days, Morfogen thought the automat system could be revived for his next restaurant project: a fast-casual dumpling shop.

Brooklyn Chop House, a full-service restaurant that serves a hybrid menu of steaks and Chinese food, was seeing a surge in sales of its appetizer dumplings. After doing his research, Morfogen believed he could sell the popular Americanized dumplings and spring rolls using a modern spin on the automat.

“Now, where we are with technology, I thought it was a perfect time to bring it back,” Morfogen said, while discussing the automat.

The pandemic puts the project on pause

The first Brooklyn Dumpling Shop was set to open in the Lower East Side of Manhattan in May 2020 with a menu described as a mashup of dumplings and deli sandwiches. Options include pastrami, bacon cheeseburger, lamb gyro, French onion soup, Philly cheesesteak, peanut butter and jelly and plant-based dumplings.

But when the pandemic hit, Morfogen had to make a few technical tweaks when it was clear the crisis was going to spill over into 2021. He made changes to ensure the restaurant met safety standards now considered commonplace at businesses trying to curb the spread of the coronavirus.

He brought in temperature screening devices and a touchless ordering kiosk in the restaurant that can be controlled by a person’s mobile device and requires no staff to operate.

Consumers can also order online, and schedule their meal for pickup.

Initially, customers were going to enter a code to open each locker.

That got scrapped. Now, customers are given a barcode that is used to scan and open one of the lockers. The bank of lockers light up in different colors. Blue is for chilled items. Red is for hot to-go orders.

Still, pandemic-related restrictions in the city have forced Morfogen to delay the opening of the first restaurant. During that pause, he met Rowe. The two began to strategize on franchising and adding more cost-cutting bells and whistles to the restaurant including installing robots in the kitchen.

The third or fourth locations are expected to have Flippy, the robot fry cook by Miso Robotics. Flippy is currently being tested by White Castle.

By automating the front and back of houses, Morfogen said he expects to only need about two to four employees per shift compared to 6 to 8 at during a typical shift at Five Guys. These robots would reach his goal of cutting labor costs in half – an attractive proposition for any would-be franchisee.

And, that’s what attracted Rowe to the concept.

That means selling development rights to experienced franchisees who can grow Brooklyn Dumpling in the biggest 50 media markets in the country, Rowe said.

And he doesn’t think he’ll have trouble selling the concept amid a pandemic that has forced thousands of franchisees to close their restaurants permanently. Many are looking to add quick and convenient food concepts to their portfolio.

Rowe said Brooklyn Dumpling Shop is projected to generate $1.5 million in annual revenue within a real estate space of up to 1,000 square feet but that remains to be seen as the first shop hasn’t yet opened.

“That’s two or three times the sales per foot of a Five Guys or a Qdoba,” Rowe said. “That’s really what landlords love, right? Landlords need tenants who can pay rent.”

Morfogen has engineered such an enticing restaurant model that some landlords are already telling him they’ll help with buildout costs, which are about $350,000 for a new store. By comparison, start-up costs for a new fast food concept like Qdoba or Five Guys can cost anywhere from $500,000 to $800,000, Rowe said.

One excited landlord is mega-mall developer Westfield, which plans to bring Brooklyn Dumpling’s automats to several of its properties, Morfogen said. The first one is planned at the Oculus at the World Trade Center.

Morfogen and Rowe say their selling franchises the “Tesla of automats,” a sustainable business model needed for an industry that has forever changed due to the pandemic.

“I am in love with this concept,” Rowe said. “It’s engineered for the future of the restaurant industry.”