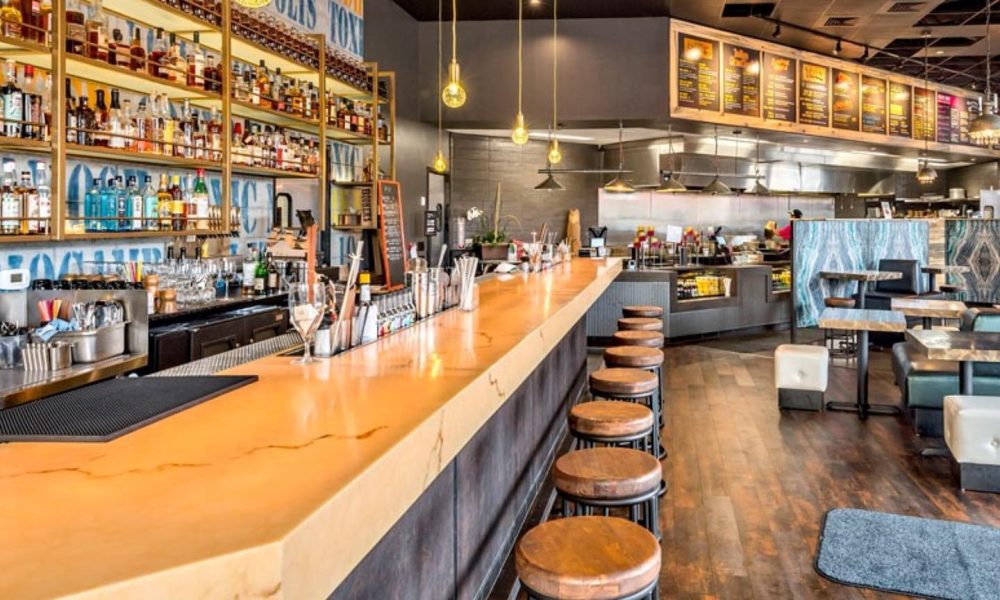 As seasoned operators of Dunkin’ and Baskin-Robbins franchise locations, the VAAP Management team recognized the value in operating a dual-brand to reach consumers during different day-parts. They plan to open Curry Up Now’s sister concept, Mortar and Pestle craft cocktail bar, alongside select locations.

“My family and I began our franchising journey in the 90s and have always wanted to break into Indian cuisine. When we discovered Curry Up Now, we jumped at the opportunity to package our love for traditional Indian food with an engaging brand and the convenience of a fast casual setting,” says franchisee Pathik Patel, president, VAAP Management. “With companies like Google, Apple, Amazon and more announcing expansions in the Triangle area, we recognize the growth and vibrancy of this community and can’t wait to bring something new to the table.”

With menu items like Chicken Masala Burrito, Sexy Fries, Naughty Naan and Deconstructed Samosa, Curry Up Now offers playful takes on traditional Indian street food and street snacks. Its flexible restaurant footprint is ideal for prime real estate and conversion options ranging from 1,300 to 3,500 square feet. The franchise group is currently seeking and evaluating properties for its first two locations with a focus on Morrisville and Research Triangle Park (RTP).

“Raleigh and Durham frequently rank as top places to live, work and play. Curry Up Now caters to the lunch and dinner crowd, so the residential, retail and office park environment found within the greater Triangle area is going to be a perfect fit for our first of many locations in the state,” says Akash Kapoor, CEO and Founder of Curry Up Now. “We have great franchise partners in Pathik and his family, and we have full confidence that they will successfully grow the Curry Up Now brand in North Carolina.”

In the last ten years, husband-and-wife co-founders Akash and Rana Kapoor have expanded the Curry Up Now empire to include three food trucks, 16 brick-and-mortar restaurants spanning coast to coast, and several digital kitchen outposts nationwide with more than 50 restaurants in varying stages of development.

In early 2022, Curry Up Now plans to open its first location in the Dallas area in the Grandscape development, located in The Colony, Texas, as well as its first Austin location in the DOMAIN Northside complex. The brand is working with Fransmart, the industry leading franchise development company behind the explosive growth of brands like Five Guys Burgers and Fries, The Halal Guys and Qdoba Mexican Grill, as its exclusive franchise expansion partner to build the brand.

“A key factor in our interest in franchising with Fransmart was the patience and effort they put into creating a good two-way relationship with us throughout this process,” says Patel regarding his Curry Up Now franchising experience.