Can Papa John’s Be a Big Pizza Chain as Domino’s? 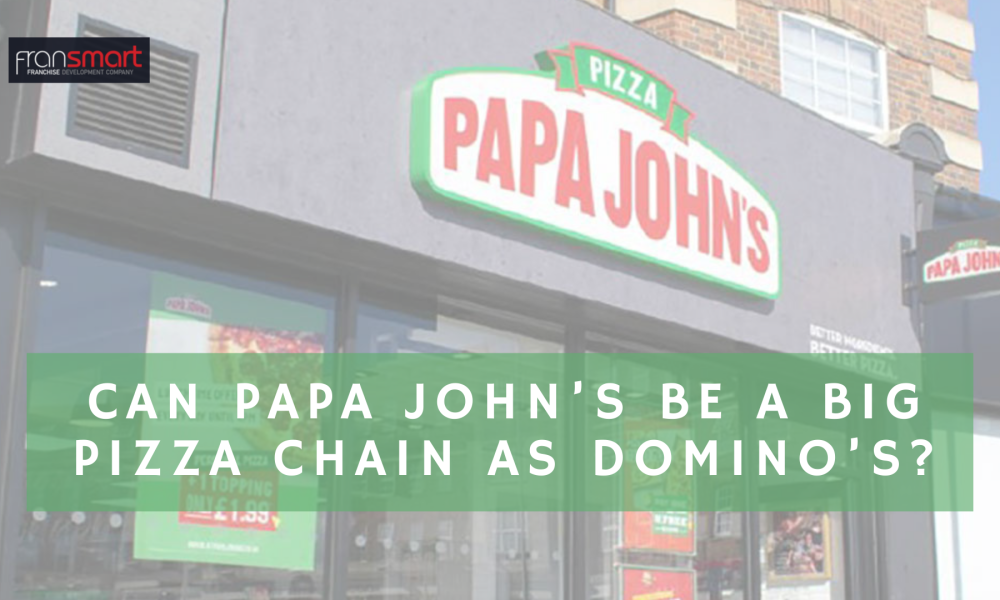 Papa John’s debuted in 1984; by 1993, the company went public. The story of this famous pizza brand began when John Schnatter, or popularly known as Papa John, demolished the back wall of his father’s tavern.

He then sold his Camaro to purchase some used ovens, after which he started selling pizzas. His pizzas became extremely popular, and John was able to open 500 stores in 1984 and 1,500 stores by 1997.

A lot has changed since then, and the brand has become a renowned name in the industry. This change began when the new CEO Rob Lynch, attended a marketing meeting centred on value and asked for innovative ideas.

Rob Lynch has brought heavy innovation to Papa John’s, thanks to his marketing background. He worked with Procter and Gamble for seven years before going to Kraft Heinz Co., where he worked for five years. He was then made the vice president of marketing in Taco Bell, where he learned innovation marketing.

With this background, Lynch took the job of a brand president and chief marketing officer at Arby’s, where he recorded a remarkable performance. When Lynch took the position of CEO at Papa John’s in 2019, he was more focused on product innovation than on value.

What Has Changed Since Lynch’s Arrival?

No doubt that a lot has changed since Lynch arrived at Papa John’s. Lynch says that the company had adopted a pattern several restaurants while closing a lot of them. The struggles continued as the company leaned more towards completing its restaurants in 2018. In that year, 128 units were closed in North America, and only 79 new restaurants were opened.

The company also recorded negative same-store sales for seven consequent periods from Q4 in 2017 to Q2 in 2019. Another issue was the ongoing controversy between its founder and former CEO John Schanatter and the company heads.

In Lynch’s words, there are two situations any CEO would want to encounter; one is that of an unhappy founder, and the other is an activist investor. Unfortunately, Lynch met both. Not to mention that the company was lagging in new menu innovations and development strategies.

Lynch held a meeting whose goal was to talk about value.

However, he favoured product innovation overvalue, and that meant better ingredients. According to the new CEO, they were not going to beat Domino’s by focusing on value. Instead, they needed to realize the brand positioning in the market by innovating better ingredients and better pizza.

Lynch admitted that the brand’s ingredients cost more than that of competitors. Just 90 days after Lynch arrived at Papa John’s, the company introduced to the public garlic parmesan crust. He implemented the innovation strategy Arby’s and Taco Bell to launch the “Epic Stuffed Crust” pizza and the “Shaqaroni Pizza” named after its director Shaquille O’Neal.

Lynch helped the brand to become more food-focused rather than founder-focused. Besides, since Lynch became the CEO, he has improved the company’s image from what was initially known as “A racist pizza chain.”

He led the company to improve its reputation by giving more opportunities to people from diverse regions. He also noted that diversity without inclusion is pure propaganda. Hence, he said that it is vital to create an inclusive environment to get the benefits of diversity.

When it comes to development, Papa John’s had to develop infrastructure to promote sustainable unit expansion. Although this took more time, the goal was to increase the number of new restaurants and recent net locations. To make this possible, they needed tools and equipment to identify the sites. There was also a need for corporate support to aid in the establishment of units.

Something else that needed to be fixed was the unit-level economics. The brand had to develop strategies to ensure consistency in sales and shift away from closing restaurants while opening others at the same time.

When Rob Lynch became CEO in 2019, Papa John’s had about 3,400 restaurants. Its most significant competitors were Domino’s and Pizza Hut, with roughly 6,000 restaurants. When Lynch took the position, he quickly recognized points of stagnation in the chain. He was given large maps of the markets in the country, showing that every market was taken.

Lynch knew that there was a need for expansion to new markets, and this is when he hired Amanda Clark. The latter worked at Taco Bell, leading the design, marketing, merchandise, consumer-facing tech, marketing, merchandise, and new concepts in 7000 locations. She helped Taco Bell more new stores compared to any other quick-serve in North America.

Amanda was given the job of being the company’s chief development officer in February 2020. When she came on board, Amanda introduced development capabilities that are driven by analytic tools. The aim was to leverage the company’s population, sales, and demographic data to develop a remapped look at the U.S. region.

According to Lynch, it is now possible to build about 2000 to 3000 restaurants in the U.S. alone. He says that they have everything in place to grow as fast or even faster than its competitors. Lynch believes that there is absolutely no reason why Papa John’s cannot be as big as Domino’s and Pizza Hut as long they put in the determination.

Although most businesses were affected by the pandemic, Papa John’s has continued to record a growth streak as most Americans shift to online shopping. Following this shift, mobile is Papa John’s fastest-growing platform. According to CEO Rob Lynch, 70% of the company’s orders are made digitally.

According to Lynch, the company recorded negative sales for two weeks when the quarantine hit. It was especially devastating since he had already signed the purchase of raw material inventory worth about $10 million.

However, the company remained focused on the data continued to monitor international markets. The sales began to spike in the third week, and the sales had risen to 27% by April. Last year, the company’s system sales rose to 16%, with revenue of $3.2 billion. The same-store sales for North America rose to 5.2% in Q2.

Although the company lost nearly 200 locations, Papa John’s has higher unit volumes than its significant competitors other than Domino’s. The average-unit volumes are now at $1 million. The company said that much of its growth is through unit profitability.

Lynch said that the performance of Papa John’s restaurants has drastically changed in the last 18 to 24 months. He also said that along with the excellent unit economics, it is becoming easier to build a stunning model for new and current franchisees because of the low cost of entry. He quickly noted that one needs about $198,130 to $743 930 to invest in a standard Papa John’s franchise.

What Does the Future Look Like for Papa John’s?

In late September, Sun Holding agreed with the company to open new restaurants throughout Texas by 2029. This makes the deal the most significant domestic development agreement in the history of companies.

Sun Holding, founded by Guillermo Perales in 1997, has scaled its operations in 1000 locations in 12 states. This includes Arby’s, T-Mobile, Burger King, Popeyes, and more. It is also in several airport locations.

When Lynch was in Arby’s for six years, Perales was the brand’s chain developer for 3 of these years. Lynch noted that Perales was quickly building and launching the units in the Arby’s system than other brands in the market.

Just like Lynch, Perales was focused on ensuring the comeback of Arbys. For this reason, Papa John’s CEO believes that the new partnership is a fantastic outcome. When Lynch engaged him several months back, Perales was impressed by the unit’s economics, which interested him in signing the 100-unit deal.

Besides, Lynch notes that Sun Holding and Perales are already submitting sites, and it wouldn’t come as a surprise if the figures were higher or if the deal found its way to the market quicker than announced.

Papa John’s is also an international pizza chain brand with its operations running in about 50 countries while its competitors are in 100 or so countries. Lynch believes that the company has excellent opportunities to open units in new countries and whitespace. He also says that they could work with franchisees in markets currently in operation, but they haven’t scaled up.

Although Papa John’s has 200 units in China, Lynch foresees the possibility of the number growing to 1000. This is because Pizza Hut recorded 15% of its system sales in the past quarter from China.

Ultimately, Rob Lynch believes that Papa John’s is not where it used to be. He says that the company boasts talented people, and he doesn’t need to tell people what to do anymore.

Instead, he offers guidance and makes decisions. Lynch says the reason the company got 10 to 12 million new customers in the past 18 months. A lot of barriers have been eliminated, and the launching of products continues. He says that people are more focused on what they can do than what they haven’t done.