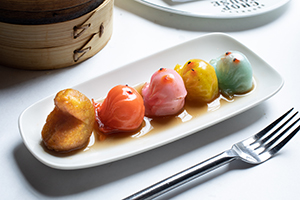 This one-of-a-kind quick service restaurant will have a Dumpling Lab in the front window with the restaurant’s dumpling making machines for all to see.

Brooklyn Dumpling Shop, the nation’s fastest growing dumpling automat concept, will open at St. Mark’s Place (131 First Avenue) in the East Village on Wednesday, May 19. This fully automated restaurant conceptualized by Brooklyn Chop House Director of Operations Stratis Morfogen will bring the Automat of yesteryear into 2021 with advanced Autoflow technology made for today and Zero Human Interaction (ZHI) throughout the entire grab-and-go process. Brooklyn Dumpling Shop’s state-of-the-art food locker technology from ONDO, powered by Panasonic, will provide guests with an easy, safe option to pick up orders from temperature-controlled lockers at peak freshness.

“The Automat was single handedly the greatest fast food distribution equipment ever designed. The technology we’ve brought to Brooklyn Dumpling Shop is unlike anything seen before, which will allow us to create an Autoflow from a customers’ cell phone, to our POS ordering kiosks, right to our lockers to bring quick serve restaurants into the 21st century,” says Brooklyn Dumpling Shop Founder Stratis Morfogen. “The pandemic delayed Brooklyn Dumpling Shop’s opening by a year, but this was a concept I came up with in 2018. I’m so excited to see this dream become a reality, which has been three years in the making and will now be franchised all over the globe.”

This one-of-a-kind quick service restaurant will have a Dumpling Lab in the front window with the restaurant’s dumpling making machines for all to see. Guests will be able to place an order on their phone or via one of the restaurant’s POS kiosks. When a guest’s order is ready, the customer will receive a text notification to get their special delivery from a marked, temperature-controlled locker, which will open automatically once the customer scans their barcode. Lockers storing hot food will be red lit indicating it’s 100 degrees, chilled lockers will be blue lit and 28 degrees. Auburn lit lockers will indicate one’s at room temperature. This will provide an experience that is Zero Human Interaction from start to finish.

Brooklyn Dumpling Shop will be open 24 hours a day, seven days a week for takeout and delivery, which will be offered on all major third-party platforms. Indoor dining will be open until midnight and outdoor seating will be available 24 hours as well. Brooklyn Dumpling Shop also offers a line of mail order products to customers across the United States and will have their dumplings in Walmart’s nationwide beginning in early August.

With multi-unit franchise deals confirmed for Connecticut and New Jersey, Brooklyn Dumpling Shop is rapidly expanding in the North East.