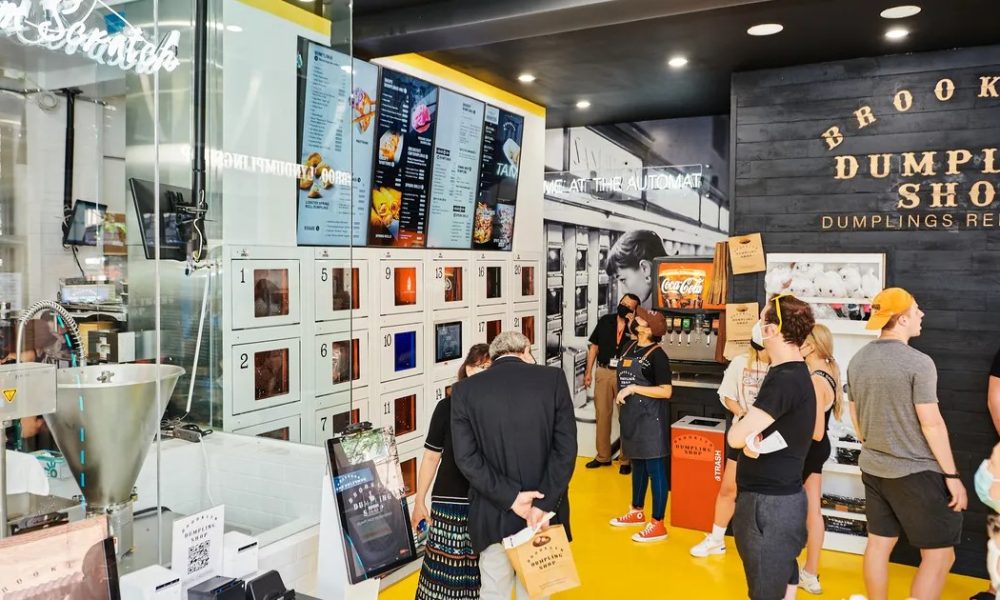 Brooklyn Dumpling Shop announced a new franchise deal to bring the brand to Wayne, New Jersey’s Willowbrook Mall. The second-generation storefront will mark the concept’s first appearance at a non-traditional location. As the first of many deals involving non-traditional locations, Brooklyn Dumpling Shop has partnered with veteran franchisee Tom Graziano, who brings more than 30 years’ experience to the table.

“After being involved in franchising for as long as I have, it’s very exciting to see the creativity and the potential of the Brooklyn Dumpling Shop concept,” Graziano says. “I’m delighted to become a franchisee and am looking forward to bringing the unique dumpling creations to Wayne and the shoppers of Willowbrook Mall.”

Since its inception in 2020, Brooklyn Dumpling Shop is on track to meet its target growth trajectory of developing 250 units within two years. After enjoying a year of growth, and celebrating the highly anticipated opening of Brooklyn Dumpling Shop’s flagship location in New York’s East Village, the brand has signed new franchise deals for more than 35 units in five states throughout the country and is actively exploring additional markets for expansion.

“I love when I meet someone who is as passionate and excited to show the customer a new way of ordering and enjoying fast-casual experiences,” adds Stratis Morfogen, owner of Brooklyn Dumpling Shop. “Tom and I hit it off immediately – our vision of the Brooklyn Dumpling Shop guest experience is aligned, and I am excited to add him to our impressive and growing roster of franchisees.”

Brooklyn Dumpling Shop is partnered with Fransmart, the industry-leading franchise development company behind household brands like Five Guys Burgers & Fries and The Halal Guys, as its exclusive franchising partner to grow the brand.

“Brooklyn Dumpling Shop has already seen exponential growth in just one year of franchising and I have full confidence that this is only the beginning for the brand,” says Dan Rowe, CEO of Fransmart. “The revival of the automat concept is ingenious, especially in combatting the current labor shortage issues facing the industry. The concept and the cuisine are one-of-a-kind and will be in every top market across the country in no time.”

The innovative automat concept is currently looking for experienced franchisees and qualified investors to introduce the concept to major media markets across the country.