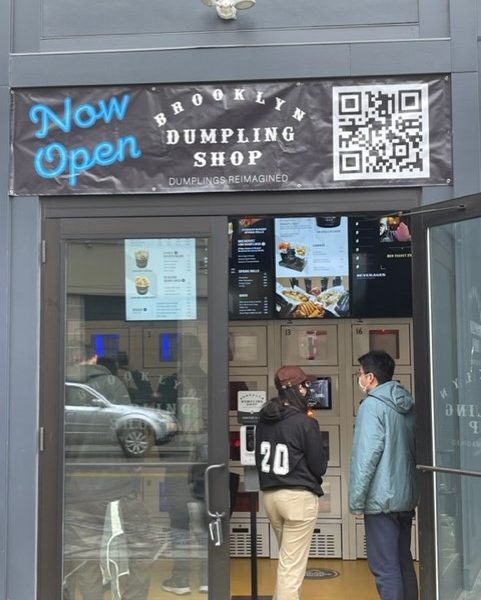 As the first of five units operated by franchisee Matt Rusconi, the downtown Storrs location marks the return of the automat concept to Connecticut. Situated in the walkable downtown of Mansfield, the store is located at 106 Royce Circle alongside the campus of UConn.

“I am extremely excited to open the first Brooklyn Dumpling Shop franchise location here in downtown Storrs,” Rusconi said in a company press release. “I have a long personal and professional history with this area as I grew up in eastern Connecticut and my dad graduated from UConn, not to mention that this is the fourth business I’ve been involved with in the area.”

Guests may place orders on their phone or via one of the restaurant’s point-of-service kiosks, offering zero human interaction from start to finish. When a guest’s order is ready, the customer will receive a text notification to pick up their delivery from a specially marked, temperature-controlled locker, which will open automatically after the customer scans their provided barcode. The menu features over 30 different dumpling combinations from Buffalo Ranch to Peanut Butter and Jelly, as well as other favorites popularized by NYC’s famed Brooklyn Chop House.

“The amount of buzz we’ve already seen online around the store makes this a really exciting time for me and certainly for Matt,” Stratis Morfogen, founder of Brooklyn Dumpling Shop, said in the release. “The ‘direct messages’ have been piling in and the doors have hardly been opened — we’re ready to share our dumplings with the UConn community and look forward to doing so across Connecticut.”

Brooklyn Dumpling Shop has sold locations in over 10 states and has inked a multi-unit franchise deal to bring five locations to the Philadelphia market.