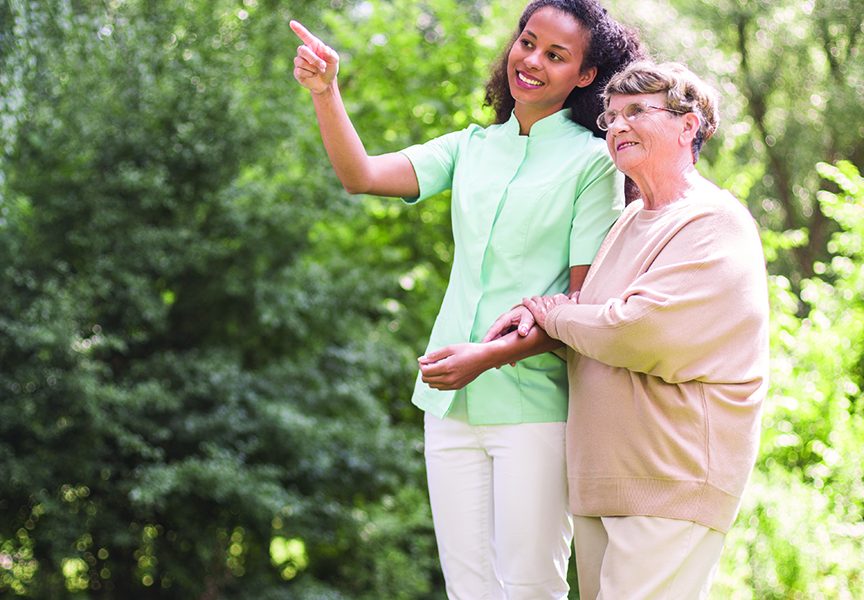 When thinking about home care, burgers and burritos are probably not the first things that come to mind for many. But a recent partnership between a major franchise development organization and an in-home care service franchise company has pulled them into the same conversation.

On its end, Golden Heart Senior Care is a growing home care service franchise company that currently has 27 locations across the U.S. Instead of one main stronghold, the company has a diverse geographic reach, with operations stretching from California all the way to the East Coast.

Fransmart, an organization that has sold almost 5,000 franchises globally, doesn’t just work with any franchiser. But Fransmart had been looking to expand its portfolio — and Golden Heart and home care’s general business upside immediately caught its attention.

“When I was first talking to a couple of the Golden Heart franchisees, [we] wanted to understand what it costs to open and what kind of money you make, as crude as it sounds,” Dan Rowe, CEO of Fransmart, told Home Health Care News. “They told me what they invested compared to what they were making. They’re investing a fifth or 10th of what it costs to open up a burger franchise — and making more profit.”
Golden Heart also fit the bill when it came to the concept of “conscious capital,” which appealed to Fransmart.

As part of its business model, Golden Heart offers a variety of non-medical home care services, including assistance with activities of daily living (ADLs), nutritional needs, day-to-day errands, transportation and more. Golden Heart also specializes in certain complex care needs, particularly when it comes to Alzheimer’s disease and other forms of dementia.

“[People] want to invest in things that are actually making a difference,” Rowe said. “They’re connecting with this idea of doing well, by doing good. A service franchise like Golden Heart helps them to do that.”

With origins in the Washington, D.C., area, Five Guys was ranked No. 66 on the Franchise Times Top 200+ list, for example. With about 10% of the franchiser’s portfolio owned by NBA star Shaquille O’Neal, Five Guys netted $1.96 billion in global sales in 2018.

Ranked No. 105 on the same list, QDOBA had roughly $850 million in system-wide sales in 2018.
For Golden Heart, a company that has gained a lot of traction over the years, the partnership has presented the opportunity to further accelerate its growth trajectory by working with a franchising veteran that brings a wide breadth of knowledge to the table.

“We’re excited about the opportunity to partner with [Dan Rowe] because he’s able to bring to bear the business opportunities for the people that he coordinates with,” Craig Bass, president and owner of Golden Heart, told HHCN. “The other reason why I’m really enjoying the relationship with Fransmart is that they understand franchising. They understand the process of helping franchisees ultimately be more successful and the virtuous cycle that creates.”

Through the partnership, Fransmart will mainly help Golden Heart develop franchises. While that sounds like a straightforward mission, it’s far deeper than simply bringing on a partner to help Golden Heart sell territories, Bass pointed out.

“It’s about making sure that we’re providing all the tools to help optimize the success of our franchisees,” Bass said. “We’ve added things like additional marketing tools. We’ve added some things in terms of financial evaluators. And we continue to invest in technologies.”

There is a “synergistic relationship” between Golden Heart and Fransmart, he added. The goal is to use that relationship to benefit Golden Heart’s franchise owners in the present and future.
This idea of a deeply synergistic and strategic partnership is the norm for Fransmart, according to Rowe.

“Our business started off 20 years ago with this idea that we wanted to get wealthy, helping people become wealthy,” he said. “We didn’t want to be brokers just to sell franchises. We actually wanted to help franchisees grow businesses. Most brokers are just trying to sell whatever to whoever. I see no value in bringing the wrong franchisee into this business.”

Still, Golden Heart isn’t overly concerned with meeting a numeric goalpost or opening new franchises as quickly as possible. Bass is more so “playing the long game,” he said.

There should be plenty of opportunities for that in the coming months.
The global recession triggered by the COVID-19 emergency may push successful business leaders and entrepreneurs into new careers, setting the stage for a strong period of growth in the home care franchise world, HHCN previously reported.

Drawing on his experience, Rowe pointed out that while home care companies have a lot going for them, the restaurant industry can be a model for a different kind of success in the service franchise space.

“[Home care] is far less risky and has way more upside than the restaurant business,” he said. “This whole idea of helping franchisees, getting them reconnected with this idea of being financially independent, taking their business to the next level and maybe even having the ability to sell for a life-changing [sum] a couple of years down the road, I find that narrative happening a lot more in the restaurant business.”

Rowe believes restaurants such as Five Guys and The Halal Guys have achieved success because of engaged franchisees, something Golden Heart has in common with these companies.