A dumpling automat is opening in the East Village 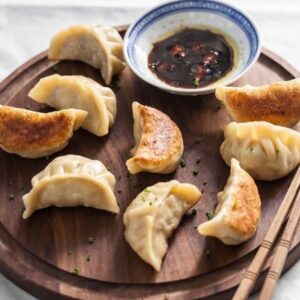 Automats have long been a part of New York City’s history. They provided a cheap, quick and largely contactless experience with the whimsy of, at least at the time, considered to be an innovative technology. Time Square’s Horn and Hardart closed its doors in 1991. Back in the early aughts, a newfangled automat called Bamn! opened on the East Village’s St. Marks Place, attempting to revive some of the nostalgia, but, that, too, closed in 2009.

There have been more recent attempts to bring back the automat. In 2019, the podcast 99 Percent Invisible explored places like San Francisco, where the obsession with robotic technology has swelled and automats began to become another opportunity to expand upon the fast casual revolution. But there was pushback, as critics felt that these new versions often felt sterile, lacking in the human, social element that has so many of us seeking dining out in the first place.

With the COVID-19 pandemic creating a different kind of need for contactless dining options, it is looking like automats could once again become trendy. A new automat called Brooklyn Dumpling Shop is opening in the East Village this July (not Brooklyn, despite what its name would suggest).

The new project comes from the mind of restaurateur Stratis Morfogen (behind Brooklyn Chop House and Phillippe Chow) and claims to be the first “Zero Human Interaction (Z.H.I.)” dining option in the city, though we cannot currently confirm this claim.

The interior of the space looks more like a Kith streetwear store than the cozy retrofitted automates of yore, but it will serve a new kind of restaurant needed in light of the current crisis. According to its website: “Brooklyn Dumpling Shop will implement lockers for safe and secure pickup orders. After each use, each locker is disinfected automatically” and there will be a touchless POS system as well as a “high-sensitivity temperature detector” (repurposed metal detectors from night clubs Morfogen used to own), among other safety measures. According to an interview with The New York Post, only two customers will be allowed in at a time. “The locker goes from red, when your order is in, to yellow, which means two minutes out, to green, when you scan your phone on a keypad, the locker opens, and you take your food and go,” Morfogen told them.

The question around appropriation of the Chinese staple might loom large with its “crazy” flavors that include French onion soup, lamb gyro, pastrami and other nontraditional dumplings, many of which are served at Morfogen’s Chop House. However, Brooklyn Dumpling Shop’s Executive Chef Skinny Mei is Chinese (and worked with Morfogen since 2006 at Philippe Chow and Brooklyn Chop House).

According to the website, the focus will be on “featur[ing] 32 flavors of dumplings 24 hours a day! Our first featured product will highlight the diner and Chinese culture which is near and dear to the founder’s heart.”