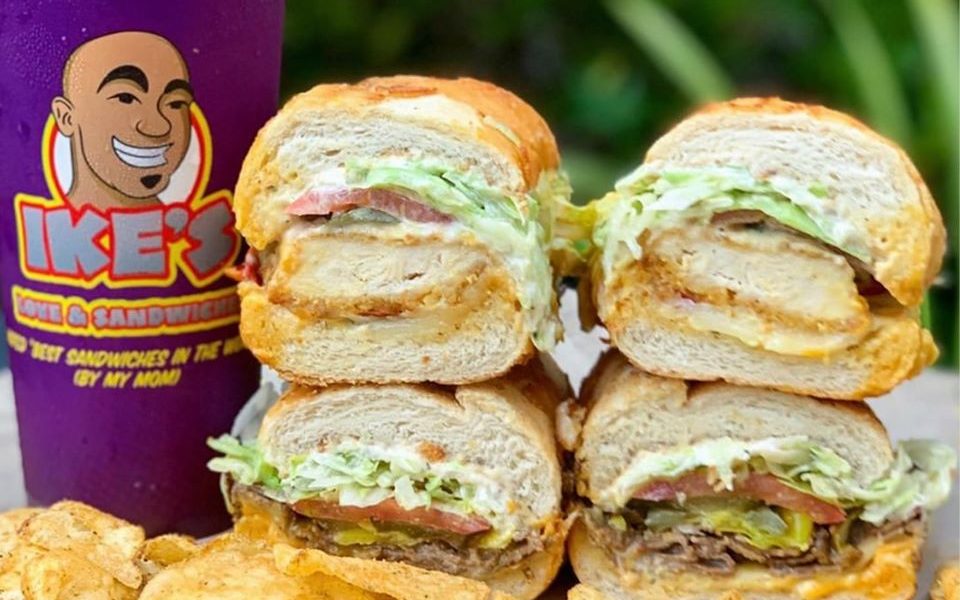 The Southern California additions will bring the company to 83 total stores across six states.

“Ike’s is experiencing strong sales even in this unprecedented climate that are allowing us to continue to expand our footprint and bring Ike’s to new Southern California communities,” says Michael Goldberg, CEO of Ike’s Love & Sandwiches. “We’re so excited to grow our presence in Southern California and share our delicious sandwiches with a fresh audience.”

“We have successfully navigated through the pandemic so far with a nimble, adaptable staff,” adds Renae Scott, CMO at Ike’s Love & Sandwiches.  “With updated safety protocol in stores, free delivery promotions and special sandwiches at great prices, Ike’s is positioned for continued expansion in our home state.”

The Southern California additions will bring the company to 83 total stores across six states. By the end of 2021, Ike’s plans to have over 100 locations open nationwide.

With hundreds of sandwich combinations on the deliciously addicting menu—including vegan, vegetarian and gluten-free options—there is something for everyone to love at Ike’s Love & Sandwiches.  Ike’s Love & Sandwiches first opened in 2007 under the name “Ike’s Place” in San Francisco with sandwiches created by Ike Shehadeh. The small sandwich shop quickly developed a cult and celebrity following, thanks to the creative and delicious offerings on Dutch Crunch bread with “Ike’s Dirty Secret Sauce.” Ike is constantly adding new styles to the menu with many named after celebrity athletes who often work with Ike to develop their own sandwich  creation like the Madison Bumgarner, Andre S.O.G. Ward and Marshawn Lynch. Each location opens with its own exclusive sandwich, imaginatively named for the community. Ike’s has always put its customers’ happiness first.