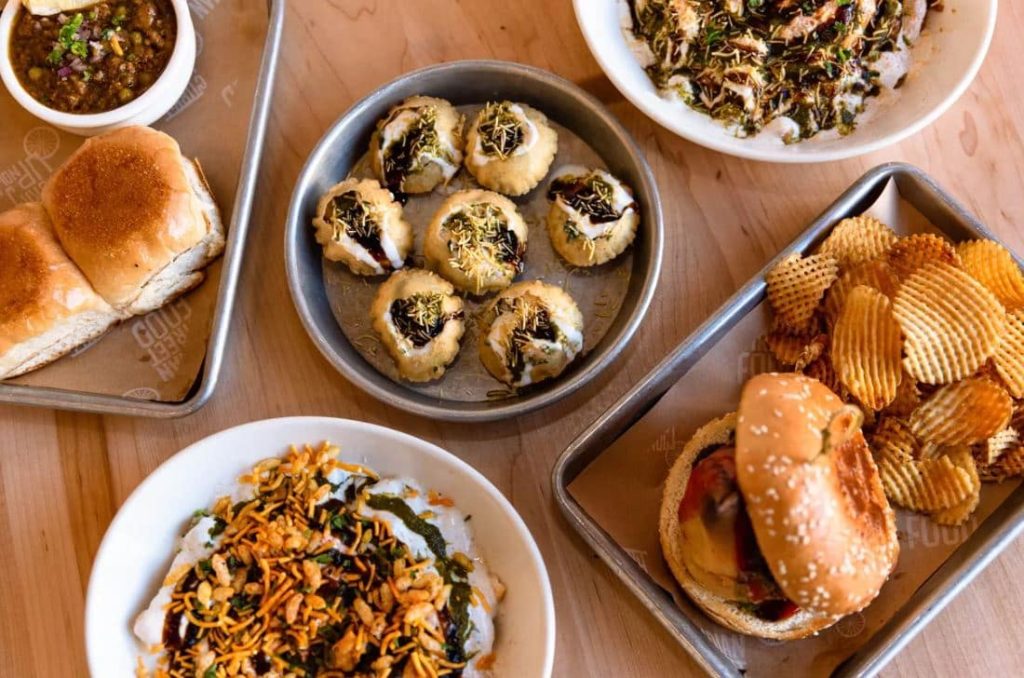 Back to Curry Up Now Page

Curry Up Now, the largest and fastest growing Indian fast casual brand in the nation, is featured in Season 2 of Netflix food series, Ugly Delicious.

One of the real OGs of the Bay Area’s gourmet food truck scene, which emerged in the late aughts, Curry Up Now has been nothing short of a success story since its 2009 debut as a single, scrappy truck serving both traditional Indian street foods and wild (especially for that time) mash-ups — tikka masala burritos, deconstructed samosas, Indian-inflected poutine, and such. The company now has trucks and fast-casual restaurants all over the country — notably in Atlanta, New Jersey, and SoCal, in addition to across the Bay Area. And, as of today, it has a splashy television feature as well: It’s featured in the second episode of Season 2 of Ugly Delicious, the David Chang-hosted Netflix food series, which drops today, March 6.

The whole episode focuses on Indian food, and as a follow-up to a discussion of trendy, next-generation Indian fast-casual joints that serve a “hodgepodge” of different things, a couple of the show’s talking heads (including Eater’s own Sonia Chopra) drop in on a Curry Up Now restaurant in San Jose, where they chow down on a samosa-stuffed burrito and sev puri topped with guacamole.

It’s all part of a broader conversation on who gets to remix Indian food, and what it means when restaurants like Curry Up Now introduce Indian flavors to a broader, non-Indian audience.

Article from Eater San FranciscoBack to Curry Up Now Page