Reasons Not to Buy a Subway Franchise 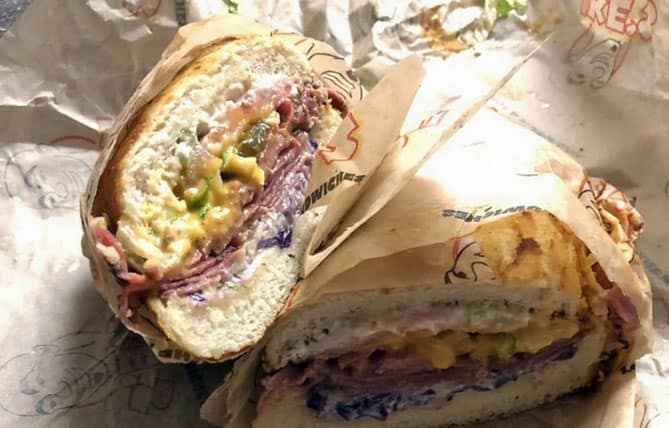 The idea behind Subway franchising was to help other people generate wealth through franchising. However, this dream of franchising was not well implemented because the franchisers did not benefit from this business as expected.

You may be wondering what is wrong with Subway franchising. There are many reasons that people have not had success with this franchise. Would you instead work your fingers to the bone for someone else or build your empire?

You want to be in charge of your business and generate the highest level of income. Unfortunately, Subway franchising is not the right path for everyone. Here are reasons why buying a subway franchise may not be suitable for you:

Low unit sales are one of the reasons why you should not buy a Subway franchise. When looking to invest in your own business, knowing what factors could lead to success or failure is essential.

Low unit sales are one of those risks that can sink even the most promising opportunities. The lower the sales, the lower the investment because profit will count after deducting operational costs. Running a restaurant involves high costs, so you have to be prepared for this.

Let us look at some numbers: In 2012, Subway AUV’s were $482,000, so we are seeing a troubling decline in per-unit revenues year to date of about $60,000 per store. In 2012 Subway AUV’s were at a record high and have been on a steady decline every year since then until now, being only half that amount with no sign of slowing down.

Market saturation is one reason why you should think twice before making this investment. The industry is overcrowded. It can be hard to compete for customers with so many people eating at chains like McDonald’s, Burger King, Wendy’s, Taco Bell, or any other fast-food franchise daily.

The existing restaurants have tried various ways of product differentiation to attract customers. The fast-food market seems to have been maximized, and it won’t be easy to stand out from competitors or make money.

Market saturation is one reason why you should not buy a subway franchise. If everyone in your area has seen an ad for Subway, there may be too much competition. This means that the market is saturated, and it will be challenging to stand out from competitors or make money.

A new sandwich shop might seem like a good idea at first because they are everywhere, but it might not be the right time to open one. It also means that if you buy a franchise in this area, there will undoubtedly be more competition down the road, making it even harder for your business to survive.

In the last few years, Subway has been experiencing a challenging time. The company’s profits have declined, and it is facing many obstacles to its organizational structure. Many reports show the company has been struggling for a while, in part due to corporate decline that has resulted in the closure of some of its units. Most Subway units have closed in the last few years, therefore creating a bad image in the industry and franchisees.

The Subway company has been in the news a lot recently. First, they had to recall their chicken. There is an investigation into its low-carb sandwich wraps because of possible listeria contamination.

The problems do not stop with food safety; however, as many as 400 stores have closed this year alone, and it is causing a ripple effect on the franchisees who are left struggling to keep up with rent and other expenses. Subway is not a wrong choice, but there could be better alternatives in the market.

It looks like Subway has lost its way in this industry because it is not providing anything new or exciting to the market. Instead, it is losing its footing, and franchisees are affected because they have no other choice but pay their rents every month with no business coming in.

Subway owners that want to sell out their units complain about a myriad of problems such as low margins, aggressive expansion policies, and complex regional managers. One of the most challenging businesses to start is a restaurant. It takes time, money, and knowledge to do it right.

For many years Subway has been one of the most successful restaurants in America. However, some owners are not happy with their success. They complain about low margins, aggressive expansion policies, and complex regional managers who make things more complicated than they need to be for new owners wanting to sell out their units.

A Subway franchise only receives about 6% of the revenue generated by their store. In comparison, the other 94% goes towards fixed costs and royalties for the franchisor. This can improve franchisees by negotiating better terms, but it may not always work because of how competitive franchising has become.

Another significant issue is aggressive expansion policies that force regional managers to open new locations even when they know it will lower sales or fail. These issues can all be solved if Subway takes care of them before more owners decide to leave the business.

If you consider opening a Subway franchise, performing due diligence before engaging in the process is essential. Franchisees should consider how the corporate decline and low sales unit and market saturation may impact their potential success and poor expansion policies that can drive down profits for those who decide to take on the risk of running an independent Subway restaurant.

Subway is a well-known fast-food franchise that has been around for over 50 years. But with so many factors working against them, it is not easy to maintain the reputation they once had as a top destination for quick and affordable meals.