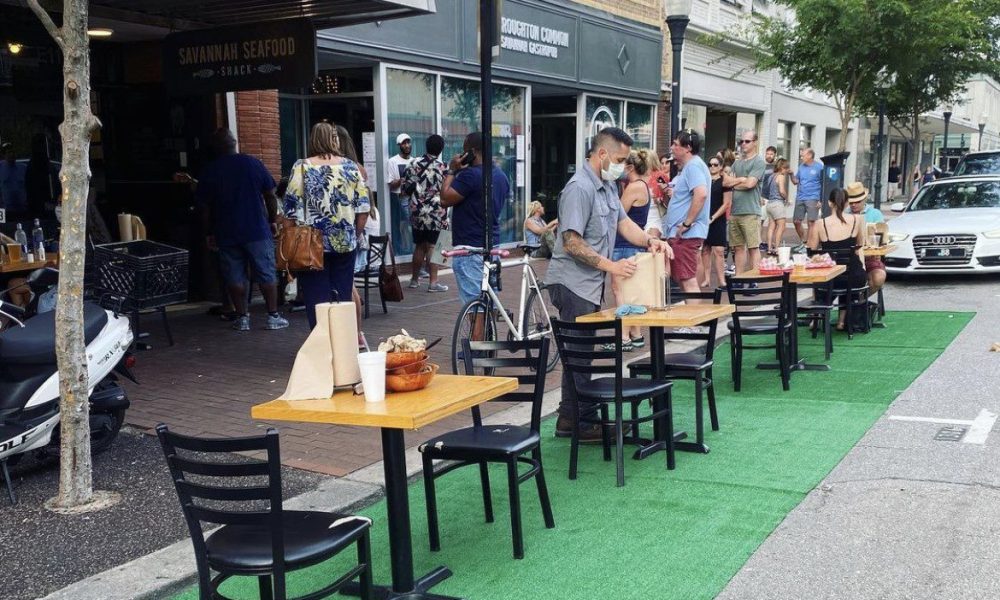 There may only be one unit of Savannah Seafood Shack, but it won’t be that way for long. With a new partnership with franchising group Fransmart, the six-year-old seafood shack in Savannah, Ga., is about to expand in a big way.

The fast-casual spot isn’t looking to be a fancy seafood place; it’s inspired by its founder’s childhood spent at her parents’ local fish market.

“I don’t want to be your special occasion, your anniversary. I want to be your every day. Tuesday for lunch, Wednesday for dinner,” founder and CEO Christine Tsoi Cutlip, a first-generation Chinese American raised in Savannah, told Nation’s Restaurant News.

Responsible for growing Five Guys, The Halal Guys and Qdoba, Fransmart isn’t shy about its plans with Savannah Seafood Shack or its love of the brand’s financial situation.

“Savannah Seafood Shack has the strongest unit economics I’ve seen in a fast-casual restaurant in a decade,” said Dan Rowe, CEO of Fransmart, in a release. “Customers vote with their wallets, and they love this place.”

The restaurant, which is 2200 square feet, produced $2.5 million in revenue last year.

“I believe a crowd draws a crowd and so you don’t need a huge space for people to dine in,” said Cutlip. “People have a fear of missing out and so when they see [a crowd] when they’re walking by, even though they may not originally have planned on coming in, [they do].”

Rowe originally contacted Cutlip just before the pandemic-related shutdown in March 2020. The deal was put on hold, but that didn’t stop Savannah Seafood Shack from proving itself.

“I said, really humbled, but reach out to me in six months because I don’t even know if I’ll be around then. And plot twist, in 2020 our sales were higher than 2019, even though we had two months of essentially no revenue, and 2021 was our biggest year ever,” said Cutlip.

Not only was the fast-casual model primed for the shutdown in 2020, but Cutlip and her team made improvements on the model to be essentially labor less so when the staffing crisis hit, they weren’t impacted.

Those improvements included implementing a kiosk system, partnering with third-party delivery platforms and adding a pickup area for customers who order ahead.

It’s not just the technology that helps Savannah Seafood Shack stand apart from the crowd; it’s the food.

“We only do two things at our restaurant, we only boil and steam, and fry, so you know that itself makes our turnaround very, very fast,” said Cutlip. “We’re able to push out meals within five minutes, which is almost unheard of in a seafood restaurant.”

The low country boil – the restaurant’s specialty – comes with pre-peeled shrimp and in an individual serving, rather than spread across a table, as is tradition. But it has all the same flavors and is cooked the same way, just served in an individual portion for those on-the-go.

The restaurant is also known for its fried and steamed seafood, po’ boys, seafood cones, house made crab cakes bites, seasonal items, and much more. The seafood cones – a homemade waffle cone stuffed with homemade slaw and then topped with the customer’s choice of fried seafood – are an innovative treat from the unit. In addition, Savannah Seafood Shack serves up mess-free, peeled and deveined shrimp options for a meal in a matter of minutes without sacrificing quality or freshness.

“Christine and her family have engineered the operations to be extremely efficient, fast, easy and profitable,” said Rowe. “They’ve found the secret sauce to bringing fine seafood dining to the fast casual space.”

Cutlip and the team at Fransmart are looking to expand to the 50 biggest markets in the country at first.

“Our initial first wave of the expansion is hitting the 50 biggest markets or resort towns in North America,” she said. “We love our locals, but at the same time we love having our tourists as well and seeing different faces, hearing different stories.”

In the first year, the goal is 20 units, followed by 30 in the second year. The goal for the restaurant is to be around 200 locations within five years, according to Cutlip.

“I don’t want to grow faster than what we can handle I want to make sure our franchisees are successful and happy, and I think that you can’t do that,” she said. “If you grow too quickly, I think people get left behind.”